A new era is on the horizon for the Clemson women’s tennis program, as it named its new head coach, Christy Lynch, in July. Lynch brings a wealth of knowledge to the position as an outstanding player and coach at Georgia Tech, one of the nation’s top programs.

A native to Birmingham, Ala., Lynch found her love for the game at an early age, starting in the sport at the age of eight. Her family is a tennis family. Her mother, Vanessa, played at Jacksonville State, and her brother, Taylor, played at Alabama. When Lynch and her brother were growing up, they would spend their free time at the local tennis court.

“I grew up in a neighborhood that had tennis courts, and I could walk to them after school. My brother and I picked up the sport when we were really young, and it was something we did for fun after school together. My first coach, Derek Tarr, who was a top-100 ATP Tour player, got me started in tennis, and I never looked back. I loved it right away.”

In the fall of 2005, Lynch enrolled at Georgia Tech, where she proved to be a standout athlete. Lynch, whose last name was Striplin at the time, was ranked as high as No. 25 in the country during her four seasons at Georgia Tech, and she finished her career at No. 42. Her 117 singles victories are the second most in Yellow Jacket history, and her 76.2 career winning percentage is fourth at Georgia Tech.

Additionally, Lynch helped her team earn back-to-back ITA Indoor national titles in 2007 and 2008, as well as the program’s first national championship in 2007. During their banner season, the Yellow Jackets had a 24-4 record while Lynch notched 35 singles wins. 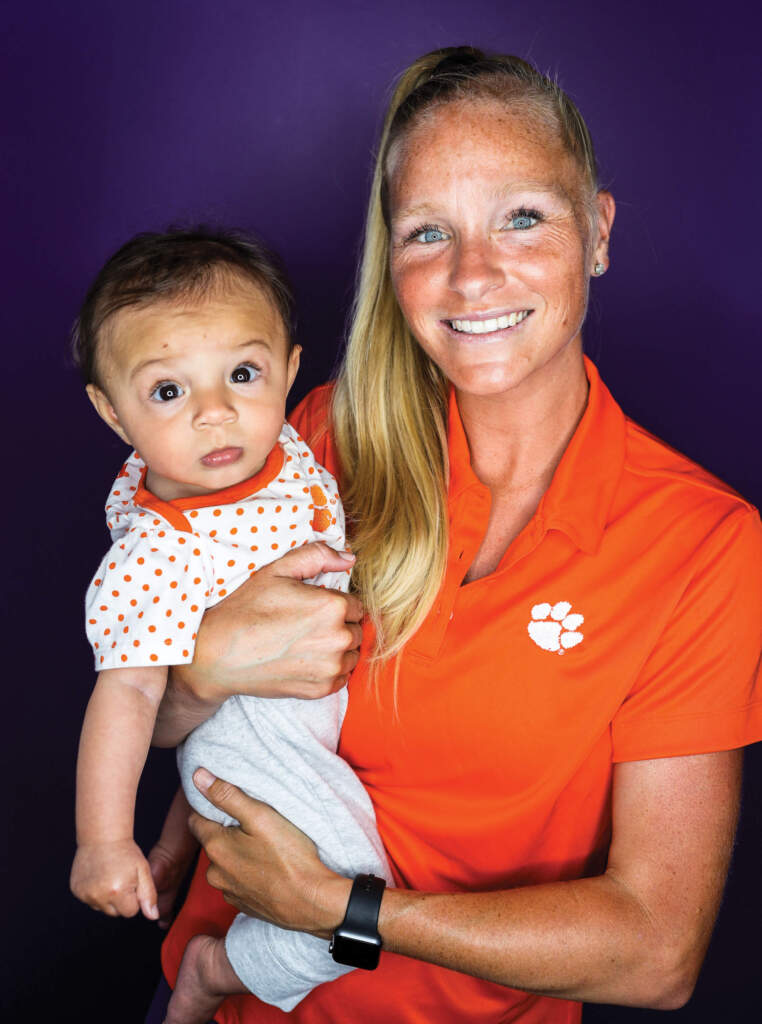 Following her graduation in 2009 and a year on the WTA Tour, Lynch went on to work at Wellbridge Athletic Club Northeast before signing on as a volunteer assistant coach at her alma mater in the spring of 2013.

In the fall of 2013, she landed her first assistant coaching job at Emory. In her lone season at Emory, it had a program-best 28-2 record and earned its sixth national championship.

Lynch rejoined the coaching staff at Georgia Tech in 2014, this time as a full-time assistant coach. The Yellow Jackets reached the NCAA Tournament in each of Lynch’s six seasons with the program, including three Sweet 16 appearances in 2016, 2017 and 2019, and a Final Four run in 2018.

Recruiting was a top priority for Lynch while at Georgia Tech, as she helped bring in three-consecutive top-10 recruiting classes from 2016-18. In 2017, she was named southeast region assistant coach-of-the-year, and in 2018, she was promoted to the title of associate head coach.

Throughout her coaching career, Lynch has worked with some of the nation’s best athletes, including five All-Americans and the 2014 Division III singles national champion (Gabrielle Clark).

“More than anything, I love the process that it takes to win, including the daily work of training, discipline and hard work that it takes to achieve that. I’m really passionate about the game and developing young women into the best tennis players and the best people they can be, both on and off the court.”

As the Tigers’ head coach, Lynch looks to make an impactful impression in her first season at the helm of the program. With all but two players returning from last season’s squad and four newcomers added to the program, Lynch is excited to get to work.