On Sept. 7, 2018, Chris Matlashewski and the Clemson men’s soccer team took to the Newton (Mass.) Campus Lacrosse & Soccer Field to play an ACC match against Boston College. Matlashewski entered the match off the bench in the 33rd minute, making his fifth-consecutive appearance to open his career as a Tiger. The freshman forward from Myrtle Beach, S.C. was experiencing a stellar start to his Clemson career, having logged his first career assist during the previous match.

Coming out of the locker room to start the second half, Matlashewski was among the starters, and moments later while making a run into his side’s attacking third, the young forward got tangled up with a defender and felt something happen within his knee. His feeling turned out to be a torn posterior cruciate ligament (PCL).

Following the match, the decision was made for Matlashewski to continue to play through his freshman season while following a regimen of rehabilitation, a choice that gave him the opportunity to play four additional matches that season.

While continuing his rehabilitation through the spring season, he once again got tangled up and had someone fall on top of him. The fall proved to be the deciding blow to his PCL.

The injury kept the South Carolina native on the sideline during the Tigers’ historic run last season, forcing him to watch as his teammates scored 70 goals, earned an ACC regular-season championship, played in the finals of the ACC Tournament and advanced to the quarterfinals of the NCAA Tournament. 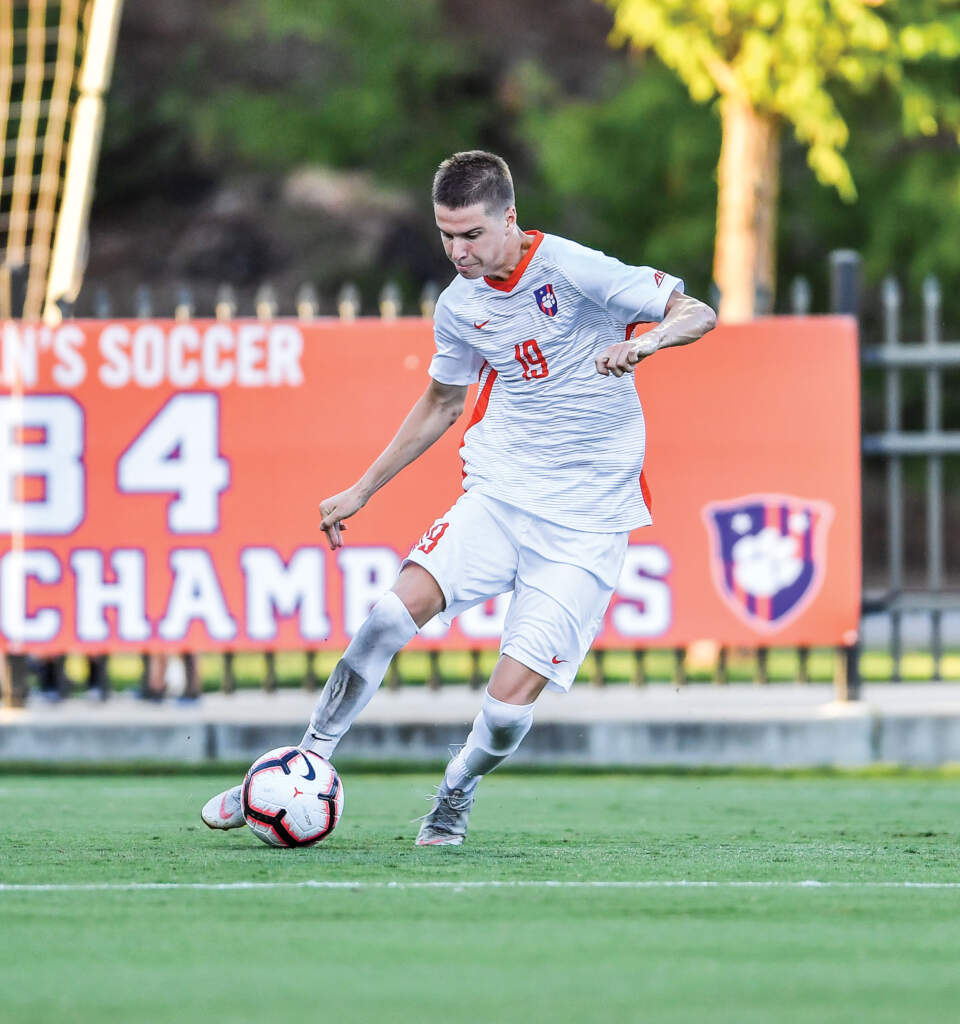 The Tigers’ success last year could be credited to a new style of play, one which was built upon a more aggressive style and emphasized pressing against the opponent. As a result of being sidelined, Matlashewski was afforded a unique opportunity to learn and observe the new system from a spectator’s point of view.

“I was able to see everything on the field rather than playing my own position and knowing my role. I could see everyone’s role and how the system was supposed to work as a unit.”

The time spent learning Clemson’s new style of play paid off especially quick for Matlashewski. During the Tigers’ spring season opener against Duke in February, he scored his first goal.

The goal proved to be a just reward for the vigorous work he had put into his rehab process, one that taught him many valuable lessons.

“I learned that you have to take each process and each step and completely focus on it. I learned not to think ahead, because then you stop thinking about what you need to do, and then you miss things.”

With the fall season now a reality for the Tigers, Matlashewski is excited to return and play under the lights at Historic Riggs Field for the first time in nearly two years.

“I’m really excited to play with this group of forwards again. We’re so dynamic, and this entire team is going to be exciting to watch.”

While there are many uncertainties surrounding the 2020 men’s soccer season for Clemson, one certainty has remained.

Matlashewski is ready every time the Tigers take the field.