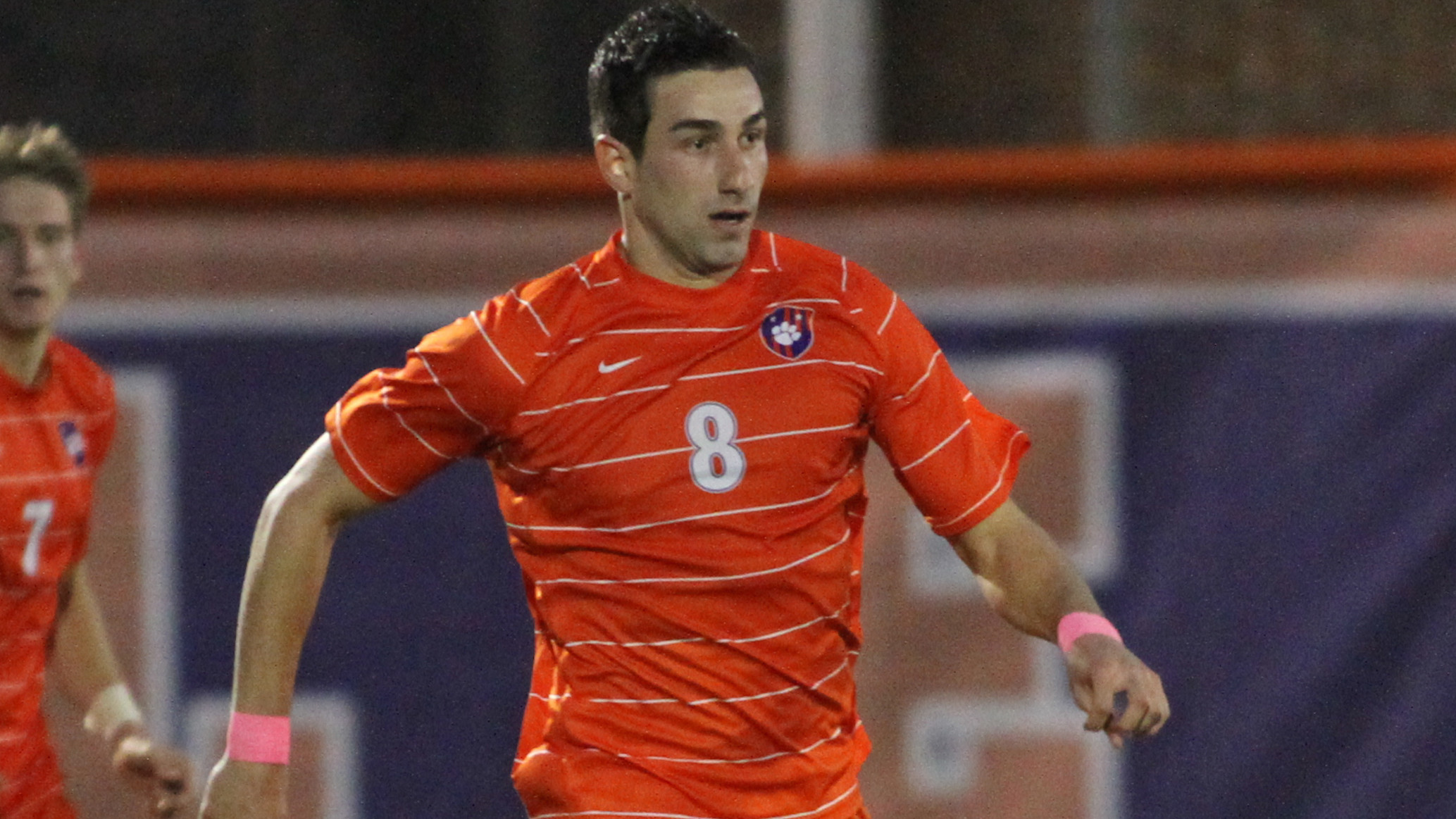 CHARLOTTE, NC – Kyle Parker scored two goals in leading Charlotte to a 3-1 victory over 14th-ranked Clemson in a men’s intercollegiate soccer match at Charlotte, NC Tuesday night.  With the win, Charlotte improves to 6-5-3, while Clemson falls to 9-4-2 this season. All of the scoring occurred in the second half.  The 49ers scored first in the 59th minute of play.  Giuseppe Gentile made a run down the center of the field and he passed the ball to Tyler Gibson on the right side.  Gibson sent a shot toward the goal that Clemson’s goalkeeper Andrew Tarbell blocked.  Parker corralled the rebound and put the ball into the back of the net near the far left post.  Gibson was credited with the assist. Clemson tied the score at one at the 65:50 mark.  TJ Casner crossed the ball from the left side of the field in the corner of the box to Manolo Sanchez at the far post.  Sanchez headed in the Casner cross for his fourth goal of the year. Charlotte went ahead 2-1 in the 69th minute as Tyler Gibson converted on a penalty kick for his first goal of the season.  The 49ers were awarded a penalty kick when Gibson’s corner kick went in front of the goal and a Clemson player was called for a hand ball in the box. The 49ers third goal came when Gentile made a run on the left side of the field toward the top of the box.  He crossed the ball to Will Mayhew in the right corner of the box near the end line.  Mayhew headed the ball to Parker at the near post. Parker shot the ball into the goal in the 73rd minute.  Parker’s goal was his team-leading sixth goal of the season. Clemson will play host to Boston College at Historic Riggs Field on Friday night at 6:30 p.m. in the Tigers’ next action.Scoring Summary: Charlotte – Kyle Parker (Tyler Gibson) 58:12 Clemson – Manolo Sanchez (TJ Casner) 65:50 Charlotte – Tyler Gibson (Penalty Kick) 68:31 Charlotte – Kyle Parker (Will Mayhew and Giuseppe Gentile) 72:37 Shots:  Clemson 11, Charlotte 16 Corner Kicks:  Clemson 4, Charlotte 4 Saves:  Tarbell (CU) 6, Davis (Char) 3 Fouls:  Clemson 18, Charlotte 15