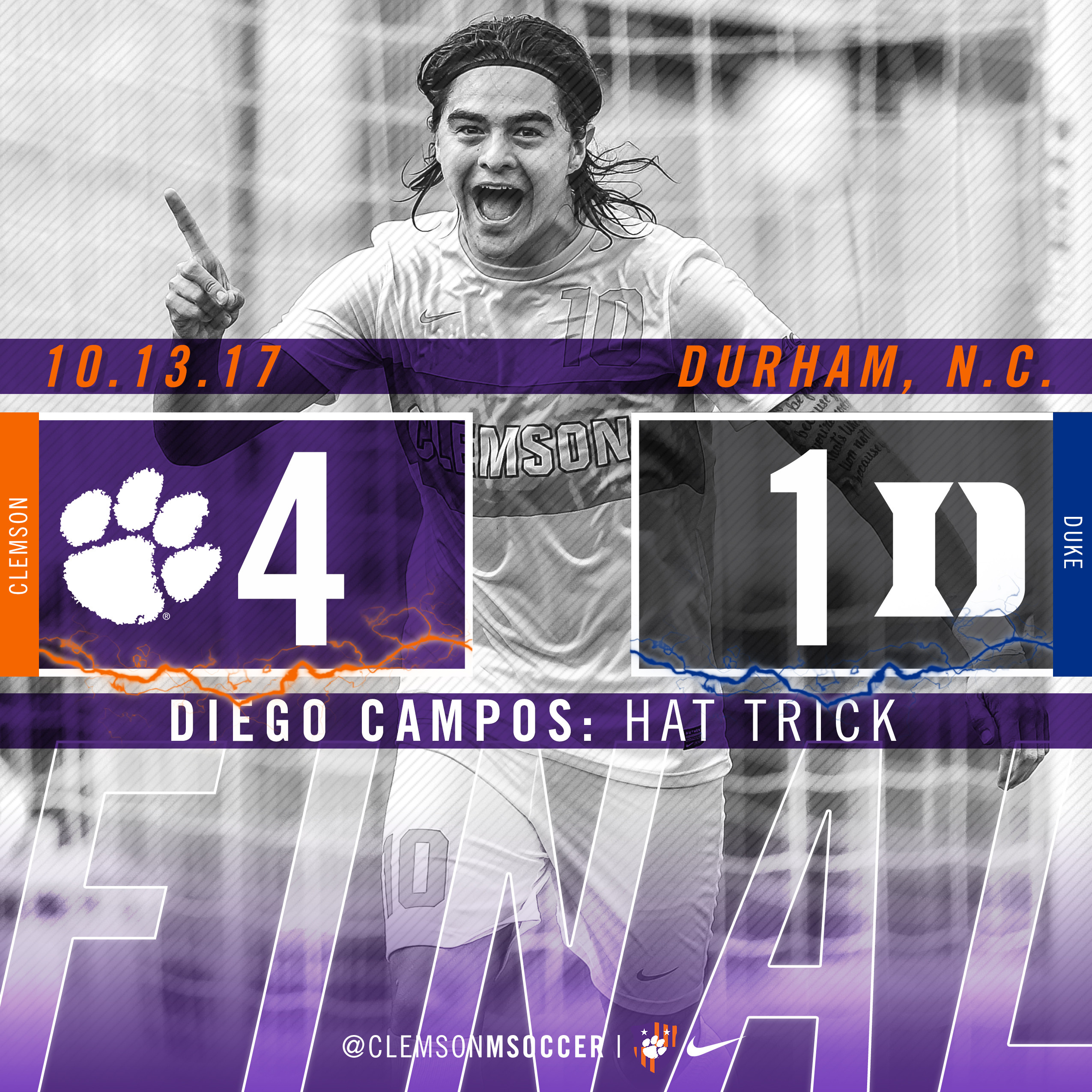 The Tigers took a 1-0 lead at the 20-minute mark on Campos’ first goal of the night, a shot that slipped inside the far post from 12 yards out after a cross from Oliver Shannon on the right side. Assisted by Alexander Hemmingsen and Jason Wright, Campos doubled the Tiger lead just six minutes later on a shot to the lower left corner from 15 yards out. Duke’s Brian White scored his team-leading ninth goal in the 38th minute, cutting the Tigers’ halftime lead to 2-1.

The Blue Devils played the final 48 minutes with 10 players after Matthias Frick got a red card late in the first half. Campos completed his hat trick in the 52nd minute after Duke goalkeeper Will Pulisic deflected a save on a shot by Jason Wright right to Campos, who capitalized on the opportunity. Three minutes later, Saul Chinchilla laced in a shot from up the middle on an assist by Michael Melvin and boosted Clemson’s lead to 4-1.

For the match, Clemson outshot Duke 21-10, with nine of those Tiger shots being on goal, and Ximo Miralles recorded four saves.

“ACC road wins are difficult to come by, so I was really proud of the team tonight,” head coach Mike Noonan said. “It was a team win front to back, and probably our most complete performance over 90 minutes this year. We now have a little recovery time and then will have to go back on the road to play an excellent Syracuse team.”

Clemson stays on the road for its next matchup, a Saturday faceoff with the Syracuse Orange. Kickoff is slated for 7 p.m. at SU Soccer Stadium.