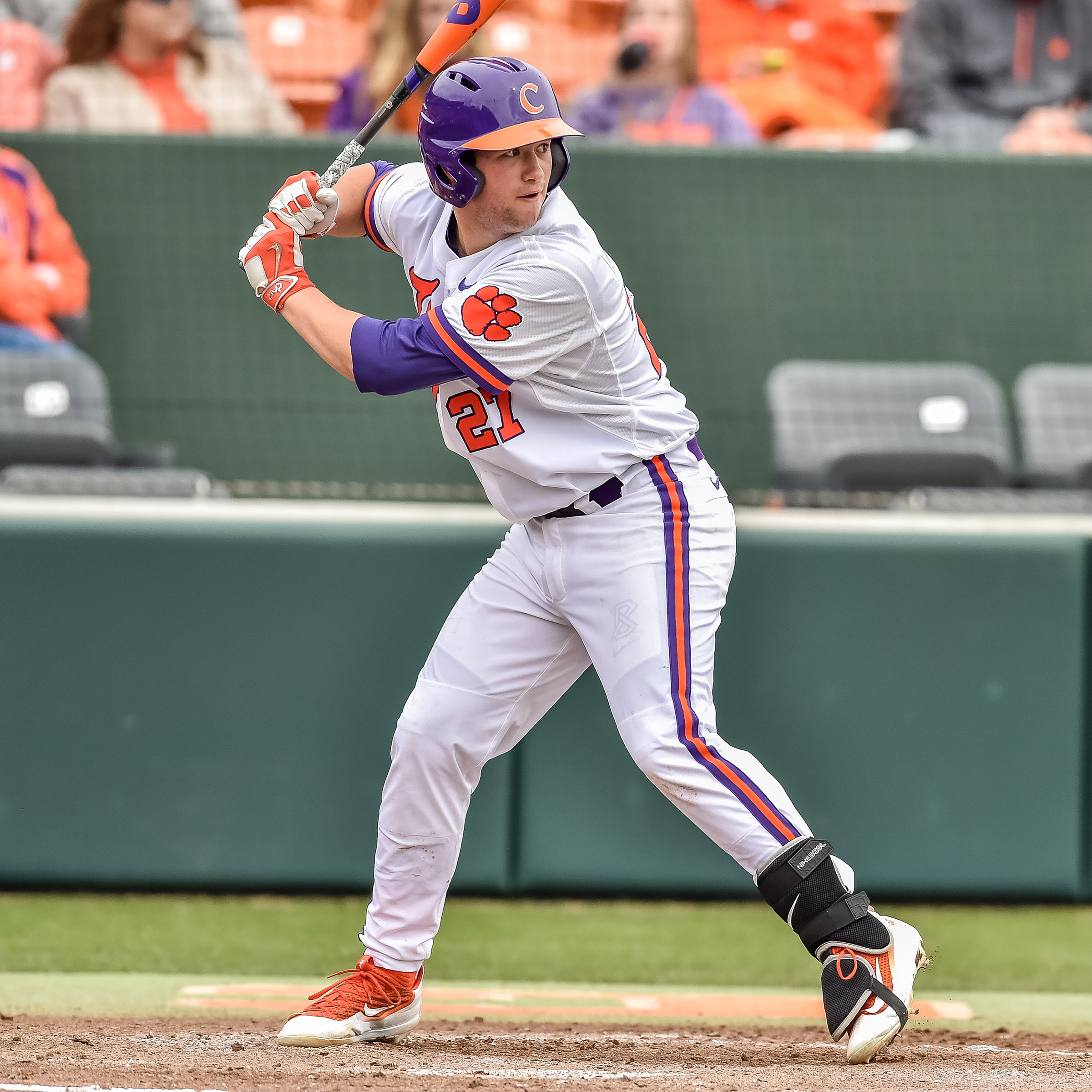 To the average Clemson fan on the East Coast, living a mile from both Disneyland and Angel Stadium might seem like a dream.

For first-baseman Chris Williams, that life is a reality. Williams, a native of Garden Grove, Calif., fully embraces his laid-back California personality even though he now goes to school across the country.

“Loose” has been a buzzword for head coach Monte Lee’s Tigers so far this season, and Williams thinks that his California attitude helps him personify just what playing loose means to the team.

“Just in pressure situations…not letting that get to you,” stated Williams. “Keep playing the game the same way you’ve been playing your entire life. Don’t let the pressure of the other team and winning get to you.”

Williams could be considered one of Lee’s first recruits, as the head coach encouraged him to come visit campus after assistant coach Bradley LeCroy went out west to watch him play. During that visit, Williams said that he loved everything about Clemson, and he committed to play with the Tigers less than a week later.

The transition from Orange County to Upstate, South Carolina for Williams, whose mother was born in Japan, constituted a bit of a culture shock for Williams, but he emphasized that the friendliness of the people around Clemson made his move easier.

“The fans are a family,” said Williams. “Clemson is known for being one of the best college towns in the nation because our fans are so welcoming. It really does feel like you’re a family here. It feels good when everyone’s supporting one another. You meet a lot more people and everyone is friendly, the act of southern hospitality. I really felt that.”

On the diamond, Williams has made an immediate impact. He was named the starter at first base for the opening series against Maine, a position that he considers “a dream.”

“Two years ago, I never would have thought I’d be at Clemson playing baseball, so getting the first-base job was like a dream.”

Williams registered his first hit as a Tiger in Sunday’s 19-2 victory and ended the game going 3-for-4 with three runs.

“I felt about 30 pounds lighter,” said Williams when asked about getting his first hit. “As much as I want to say that I’m more relaxed and laid-back, opening day really did get to me a little bit. I was a little hyped and amped up being in front of thousands of fans.

“But by the time Sunday came around, I had really gotten a lot more comfortable and just played the game the way it’s supposed to be played.”

Williams does not want for his impact to stop with his bat or defense, though. He knows that he has a lot to offer to this largely Southern squad, and it all goes back to his California roots.

“The one thing everyone says is how I’m always happy and smiling all the time,” expressed Williams of the impact he is making as a California native in a Southern program. “I love to hear that, because I want to keep everyone up and bring that positive energy to the team.”