CLEMSON, S.C. – Clemson Softball’s Valerie Cagle (RHP/UTL), Hannah Goodwin (INF) and Marissa Guimbarda (OF/UTL) have been named to the Atlantic Coast Conference’s 2021 Preseason All-ACC Team, the league office announced Thursday. The preseason all-conference distinctions mark a first for the program, which enters its second season in 2021. Additionally, the Tigers were predicted to finish in sixth in the ACC standings, according to the league’s head coaches.

Cagle dominated as a true freshman for the Tigers in 2020. Having started in all 27 games last season, including 13 starts in the circle, Cagle hit .376 and was tenth in the nation in home runs (10), making her the only freshman in the country with double-digit homers. She was also second in the nation and led the league with 36 RBIs. Last season, Cagle was the only player in the conference to earn ACC Player of the Week honors on two occasions (Feb. 18 & March 3). The Yorktown, Virginia native was also one of four players in the country to record eight RBIs in a single game. Her eight RBIs came in the Tigers’ second contest against Maryland in which she posted one of her two grand slams on the season. Cagle was also stout for the Tigers in the circle after tossing a team-best eight complete games and was instrumental in holding then-No. 14 Georgia to just one run in Clemson’s first-ever ranked win. Since all 2020 spring student-athletes were granted an extra year of eligibility by the NCAA, Cagle was tabbed the No. 2 freshman in the country – for this upcoming season – according to SoftballAmerica.com and was named a 2021 Preseason Second Team All-American by D1Softball.com. 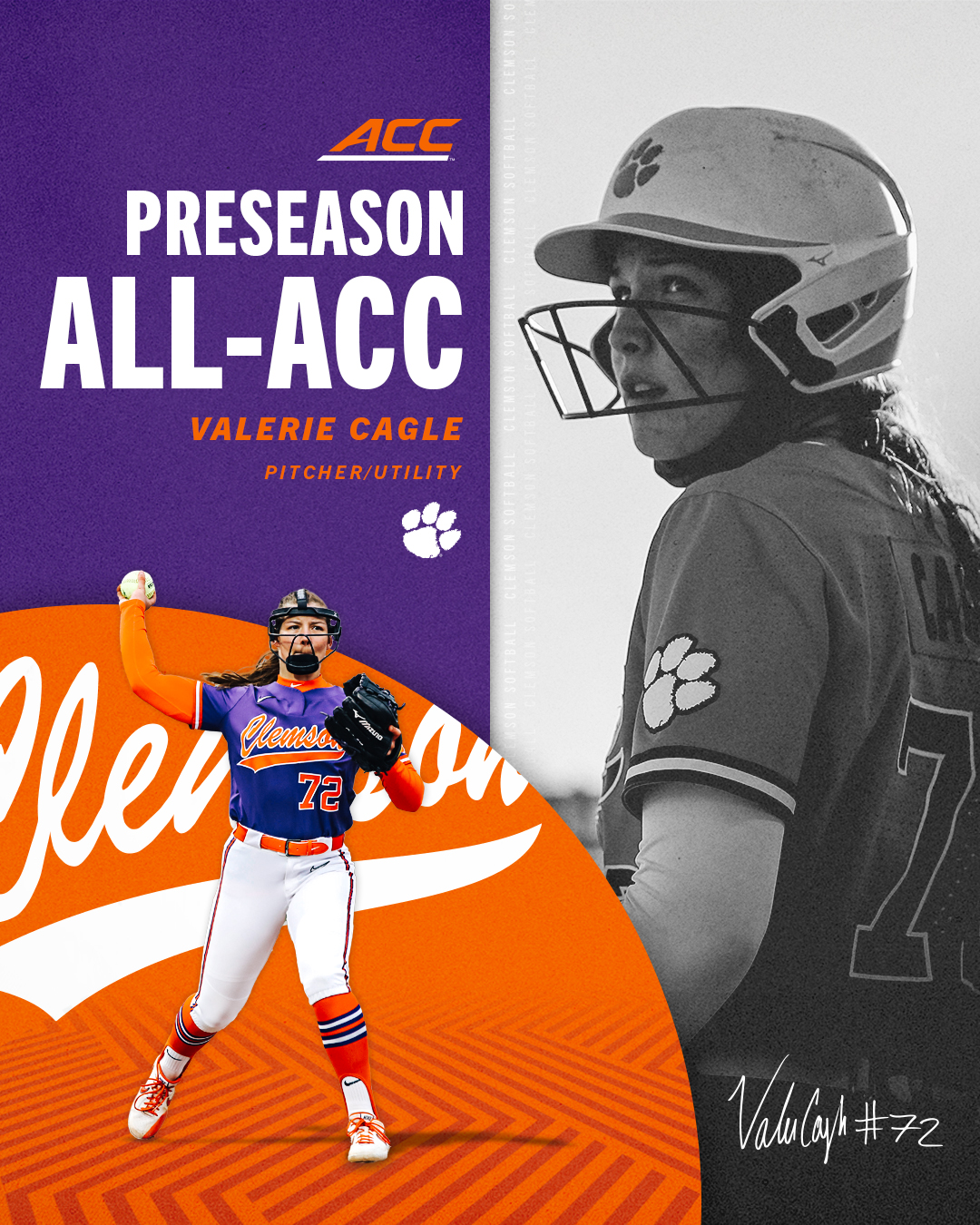 Goodwin started at shortshop in 26 games for the Tigers last season. She led the team and was second in the ACC with a .385 batting average. Goodwin was also second on the team and ninth in the conference in on-base percentage (.448). Last season, the West Columbia, South Carolina native hit game-winning home runs on two occasions, including the program’s first-ever homer in its inaugural contest against St. John’s, which the Tigers won, 6-2. In addition to coming up clutch on multiple occasions, Goodwin was a model of consistency at the plate, orchestrating both nine-game and eight-game hitting streaks in 2020. 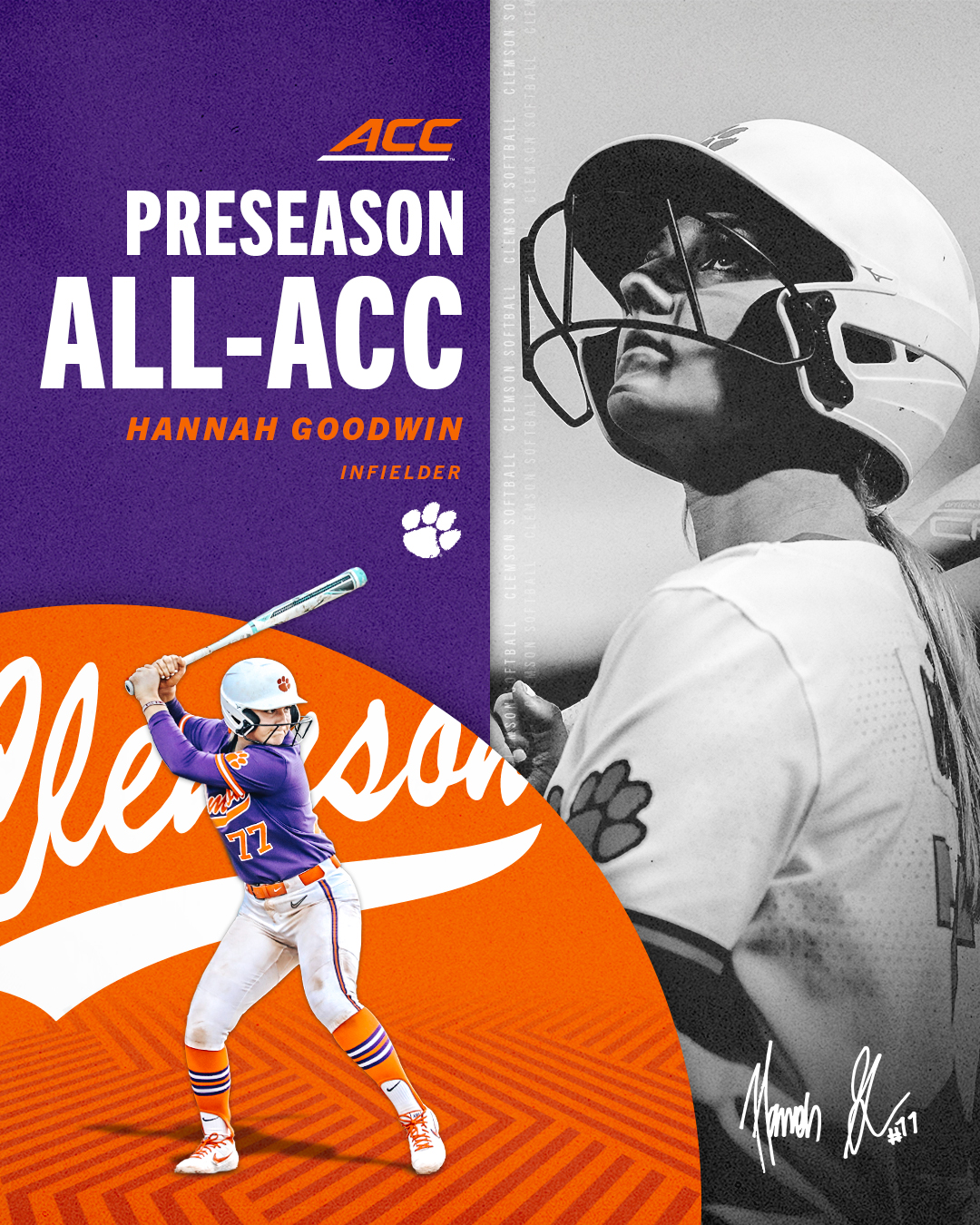 Guimbarda hit cleanup for Clemson last season. The transfer from Furman University started in all 27 games and hit .355 on the season. Guimbarda tied for fourth in the nation with an ACC-leading 11 home runs, which was on pace for 22 before the season was abruptly cut short due to the coronavirus pandemic. The Suwanee, Georgia native was also second in the conference and 12th in the nation with 31 RBIs on the season. Additionally, Guimbarda led the ACC with an .868 slugging percentage, which was good for 22nd in the nation last year. Guimbarda was named ACC Player of the Week on March 10 after hitting .615 against Charlotte and Pitt in route to helping the Tigers win their second ACC series of the season. This season, Guimbarda was ranked No. 11 among all juniors in the nation, according to SoftballAmerica.com. 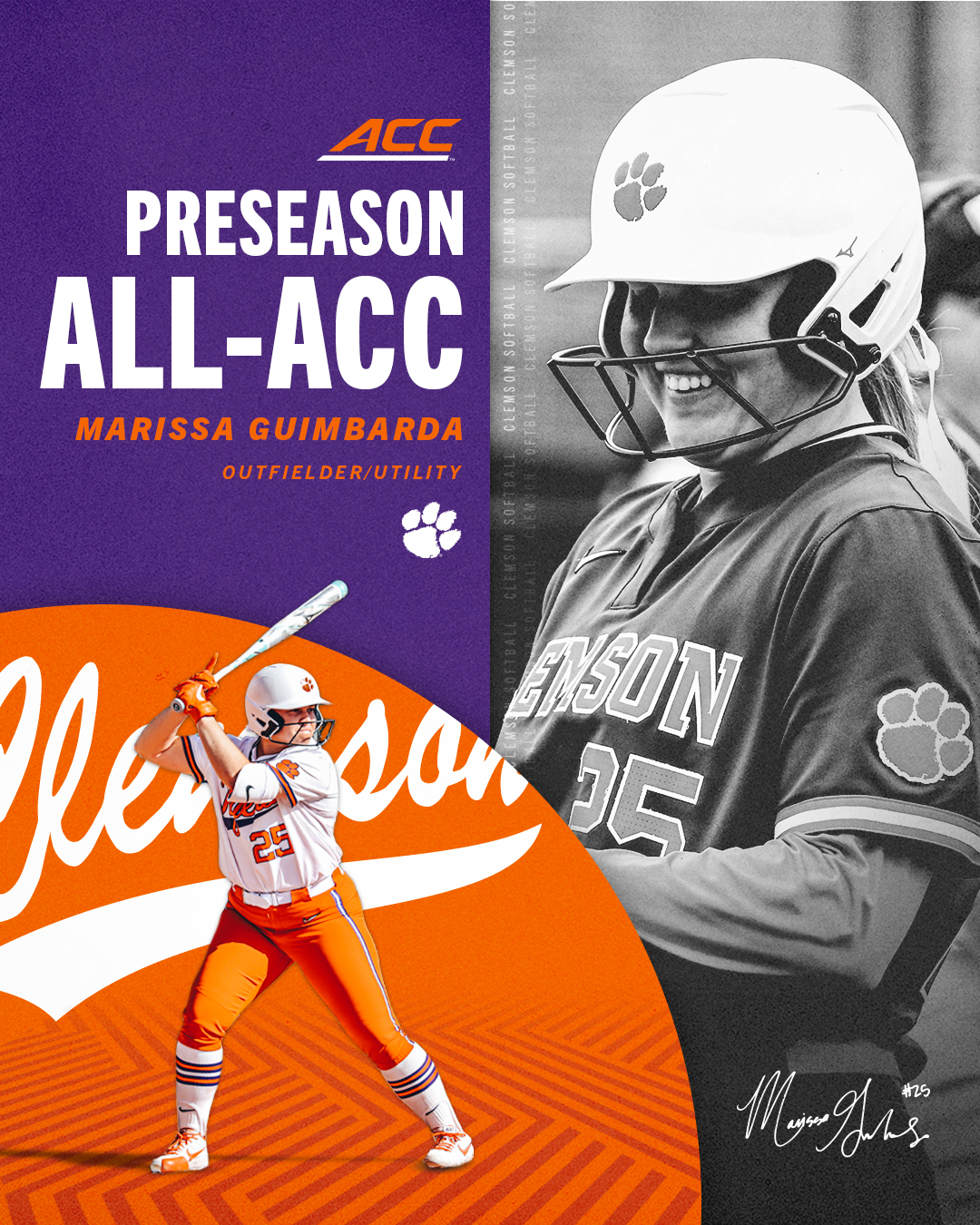 Clemson opens the season at the River City Classic (Feb. 12-14), which will be co-hosted by Jacksonville University and the University of North Florida. Clemson’s home opener is slated for Feb. 18 in a doubleheader against Virginia Tech, which was ranked 15th in the National Fast Pitch Coaches Association (NFCA) preseason poll.

On Jan. 12, 2021, Clemson Athletics announced that the capacity of Clemson Softball Stadium has been reduced to 366 spectators for the 2021 season due to social distancing guidelines set forth by the Centers for Disease Control and Prevention (CDC). All seating locations will be marked and in a socially-distant arrangement, and unavailable seats will be restricted from use. This will allow up to three empty seats between each pod of affiliated guests, ranging from 2-4 individuals. Per university policy, face coverings are required when social distancing.