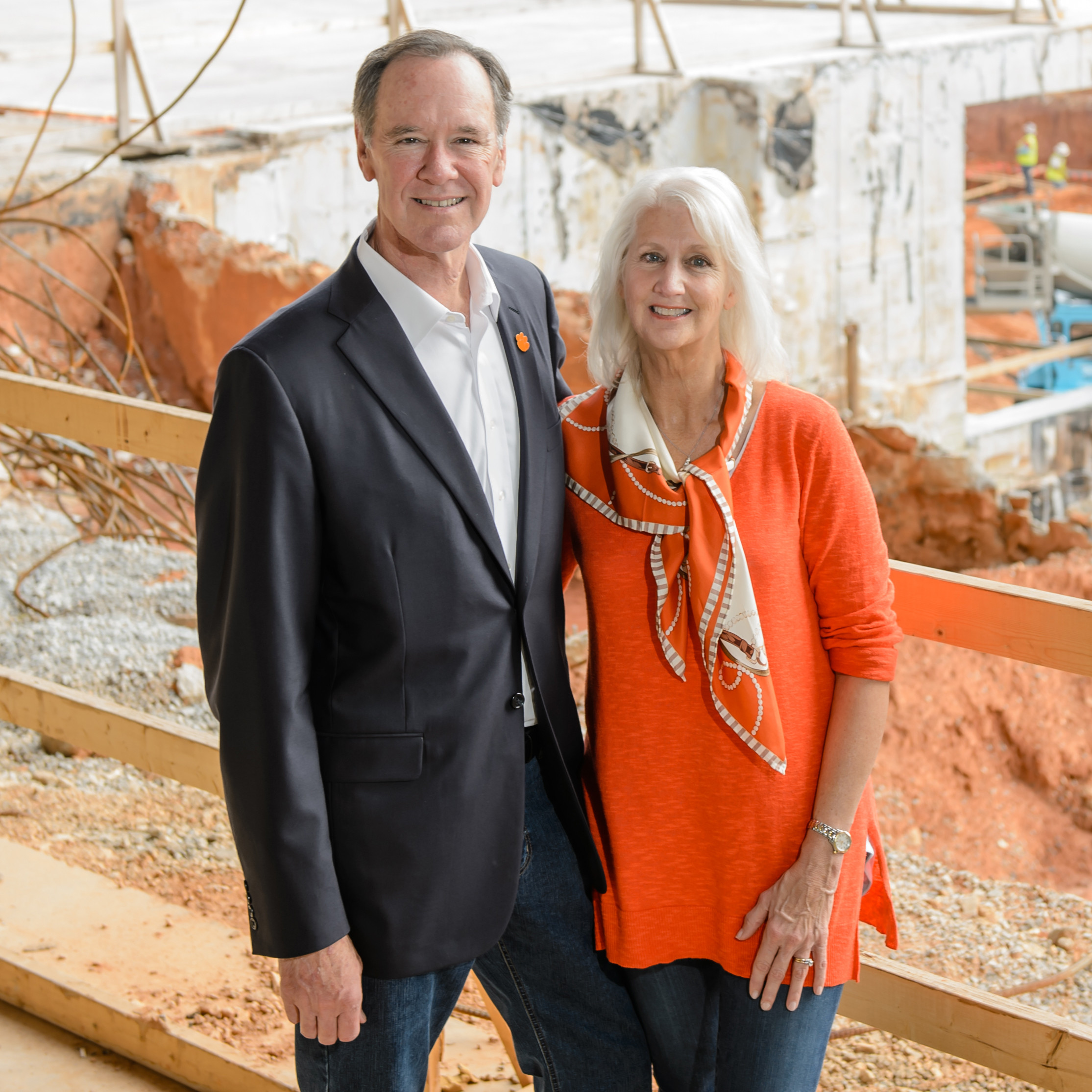 CLEMSON, S.C. — Longtime supporters Bill and Lynne Burton have introduced a match campaign designed to raise funds for Clemson men’s basketball. If $500,000 is raised for the program by December 31, the Burtons will match it with another $500,000.

“A big piece of the challenge is to reach out to more people,” Lynne said. “There’s a great core group of basketball supporters, but we’d like to see more people rally behind the program.”

Bill, a 1977 Clemson graduate, was recruited as a swimmer, earned three varsity letters and ended up playing rugby as a senior. He began a career in the restaurant business as an undergrad, and ultimately acquired all of the Fatz Cafe business from its founder. He has since sold Fatz to a private equity group, and been involved in the development of a new restaurant concept, Willy Taco Tequila Cocina, in his hometown of Spartanburg.

The Burtons have already pledged $1 million to the men’s basketball program, and the finances raised are part of the Clemson Athletics Trust (CAT). The trust funds all of the capital campaign projects, including the $63.5 million rebuild of Littlejohn Coliseum.

“The Burtons have been significant investors in the capital campaign for basketball,” said IPTAY major gifts officer Aaron Dunham. “The matching program was designed to get others involved, and to incentivize those who may be standing on the sidelines.”

The Burtons are basketball enthusiasts and have forged a special relationship with Brad Brownell and his staff.

“They’re class acts and hard workers,” Bill said. “Brad and his staff are motivated and driven. It’s important to have great leadership, and we have that at Clemson. But the other piece is having good, competitive facilities. We need to give our coaches and players the best possible tools of the trade, and we wanted to help make that happen. But it’s not just about building a facility. It’s about building a program that in turn helps build the Clemson brand.”

Donations, which may be pledged over a five-year period, can be made HERE and are tax-deductible. For more information, contact Aaron Dunham at 864-656-5209 or by email at dunham@clemson.edu.