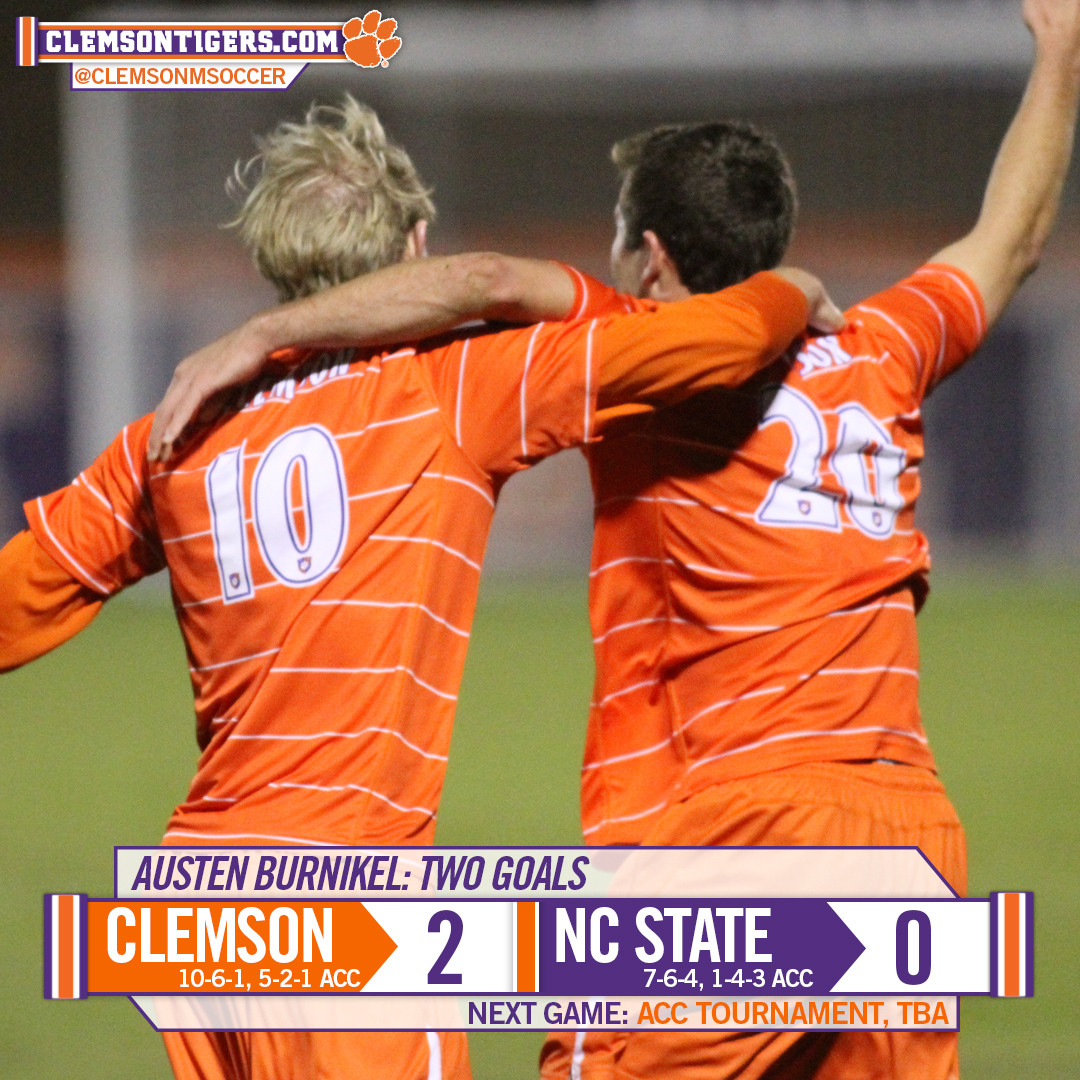 CLEMSON, S.C. – Behind two goals from sophomore Austen Burnikel, the 19th ranked Clemson men’s soccer team picked up a 2-0 win over NC State Friday night at Historic Riggs Field. Clemson finishes the regular season with a 10-6-1 overall record and 5-2-1 record in the ACC.

Burnikel’s first score came in the 20th minute off an assist from junior Paul Clowes, Clowes now has four assists this season. Burnikel took the pass from Clowes and shot the ball from 20 yards out into the right side of the goal.

Burnikel’s second score came in the 47th minute off an assist from junior T.J. Casner, who now has five assists this season, tied for the team lead. Burnikel’s two scores gave him five for the season, putting him in sole possession of the team lead.

Sophomore goalkeeper Andrew Tarbell started his 12th match in goal and posted his third consecutive shutout and fifth of the season. He saved two shots en route to his seventh win.

Clemson will move to postseason play in the 2014 ACC Tournament next week. Tournament seeding and match-ups will be announced by the ACC on Sunday, but Clemson is assured of at least a share of the ACC’s Atlantic Division title with tonight’s win. More details will be announced on ClemsonTigers.com and @ClemsonMSoccer on Twitter.