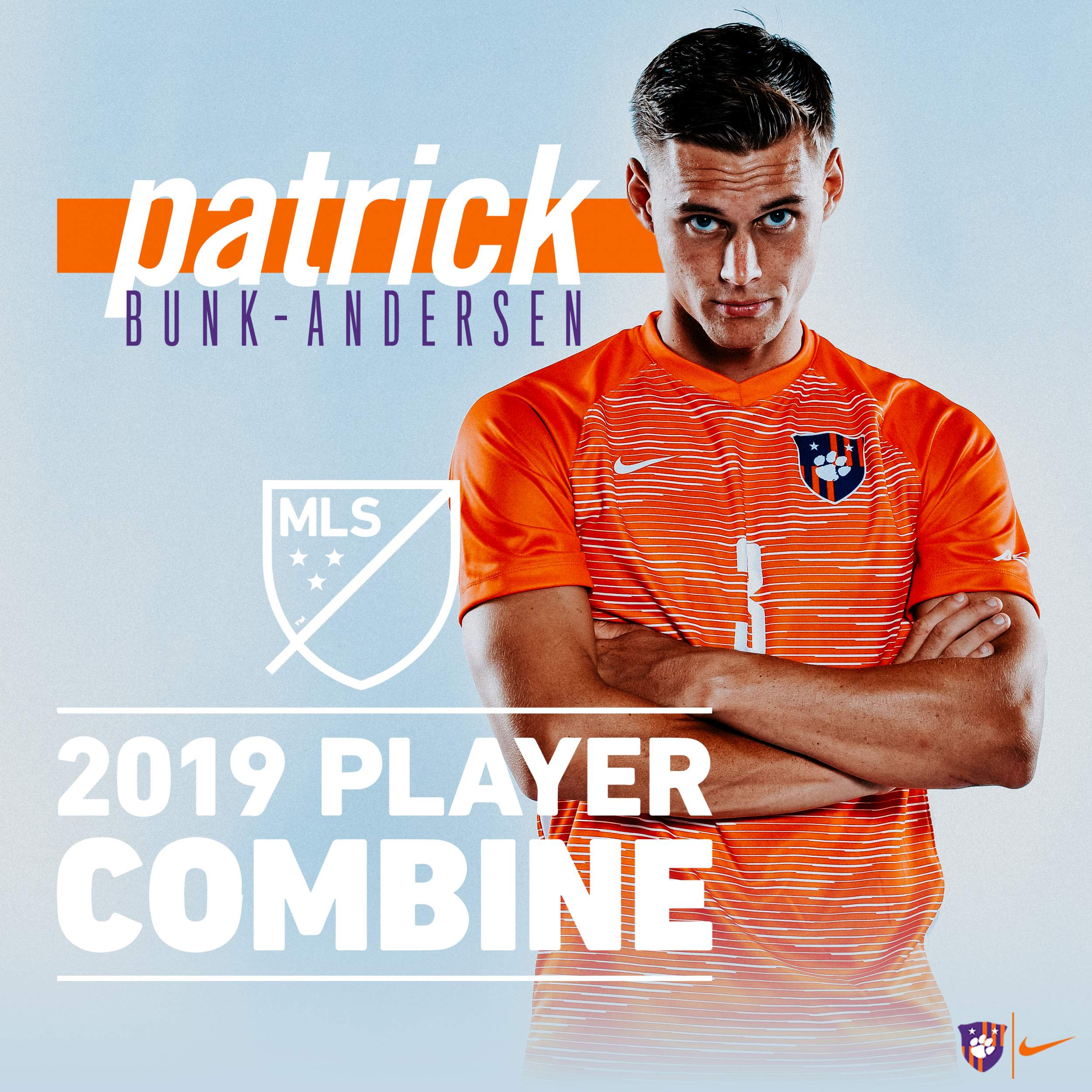 CLEMSON, S.C. – Patrick Bunk-Andersen has earned a spot on the list of 60 initial invitees to the 2019 adidas MLS Player Combine. The 2019 edition of the Combine will mark the sixth straight that has at least one Clemson player taking part, and each of the last five years also saw at least one Tiger selected in the corresponding MLS SuperDraft.

The 60 invited players from universities in the United States and Canada will undergo various tests and play in scrimmages for scouts of all MLS teams at Orlando City Stadium in Orlando, Fla. from Jan. 3-9. The 2019 SuperDraft is then set to take place on Jan. 11 at McCormick Place convention center in Chicago.

Bunk-Andersen finished the 2018 season leading Clemson in minutes played, serving as a staple on the back line for every single minute of each of the Tigers’ 17 matches. The Hvidovre, Denmark native netted his one goal of the season in Clemson’s conference opener at Boston College and recorded his first assist of the year on his senior night against NC State. He also earned the year’s final ACC Defensive Player of the Week award after his efforts against the Wolfpack, a week during which Clemson posted two of their season’s best defensive performances in conference play (a 3-2 defeat of a ranked Syracuse team followed by a 3-0 shutout of NC State). He is set to graduate next week with a degree in sports communication.