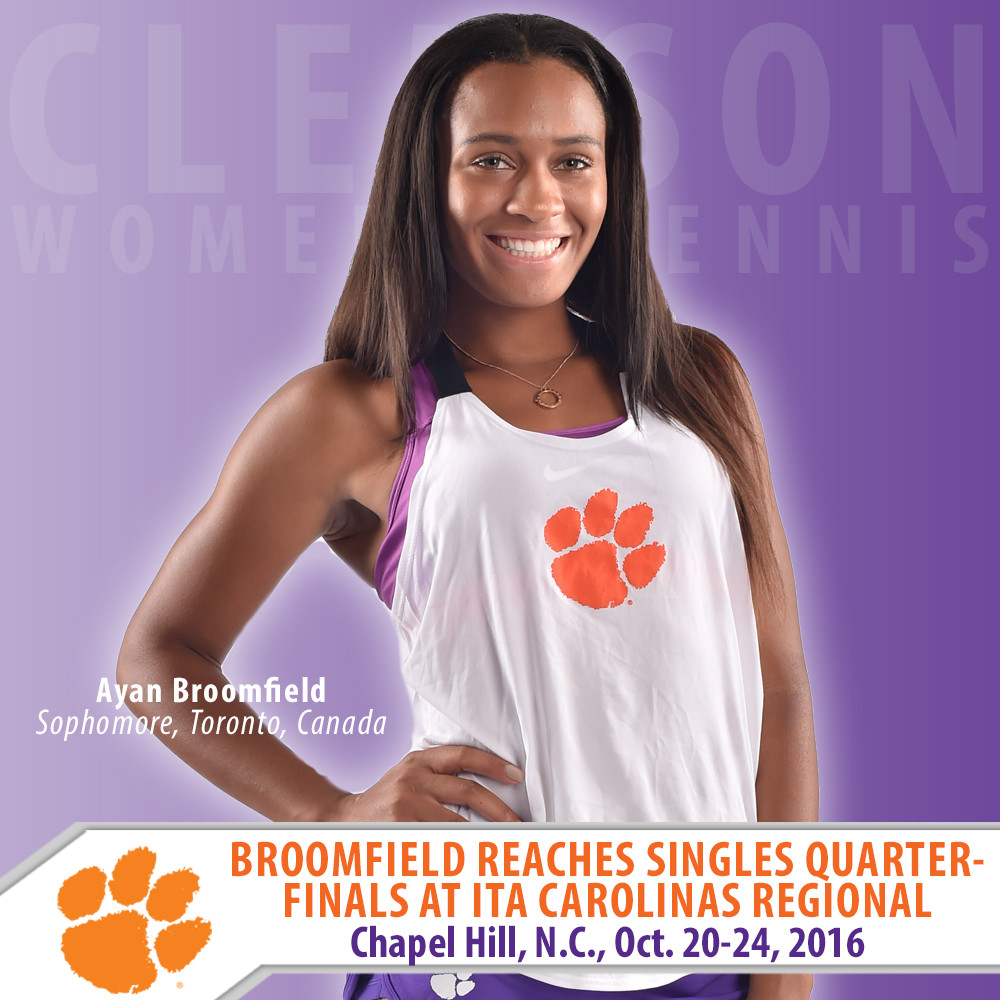 CLEMSON, S.C. – Sophomore Ayan Broomfield reached the quarterfinals of the singles draw at the ITA Carolinas Regional in Chapel Hill, N.C. over the weekend, highlighting the action for the Clemson women’s tennis team at the regional event.

In other singles action, sophomore Fernanda Navarro won her first-round match, before falling to the No. 13-seed, Duke’s Samantha Harris.

In doubles play, Broomfield and freshman Constanza Gorches won their first round match against their UNC Greensboro opponent, 8-2, and then squared off against the No. 1-seeded team in the draw, Martina Frantova and Tayla Stenta of NC State. Broomfield and Gorches gave the top team all it could handle, forcing a tiebreak and leading 6-0, before falling 8-7(8).

Three Tigers, Gorches and sophomores Ally Miller-Krasilnikov and Jenny Moinard, will be in action at the Roberta Alison Fall Classic in Tuscaloosa, Ala. coming up on Oct. 28-30.