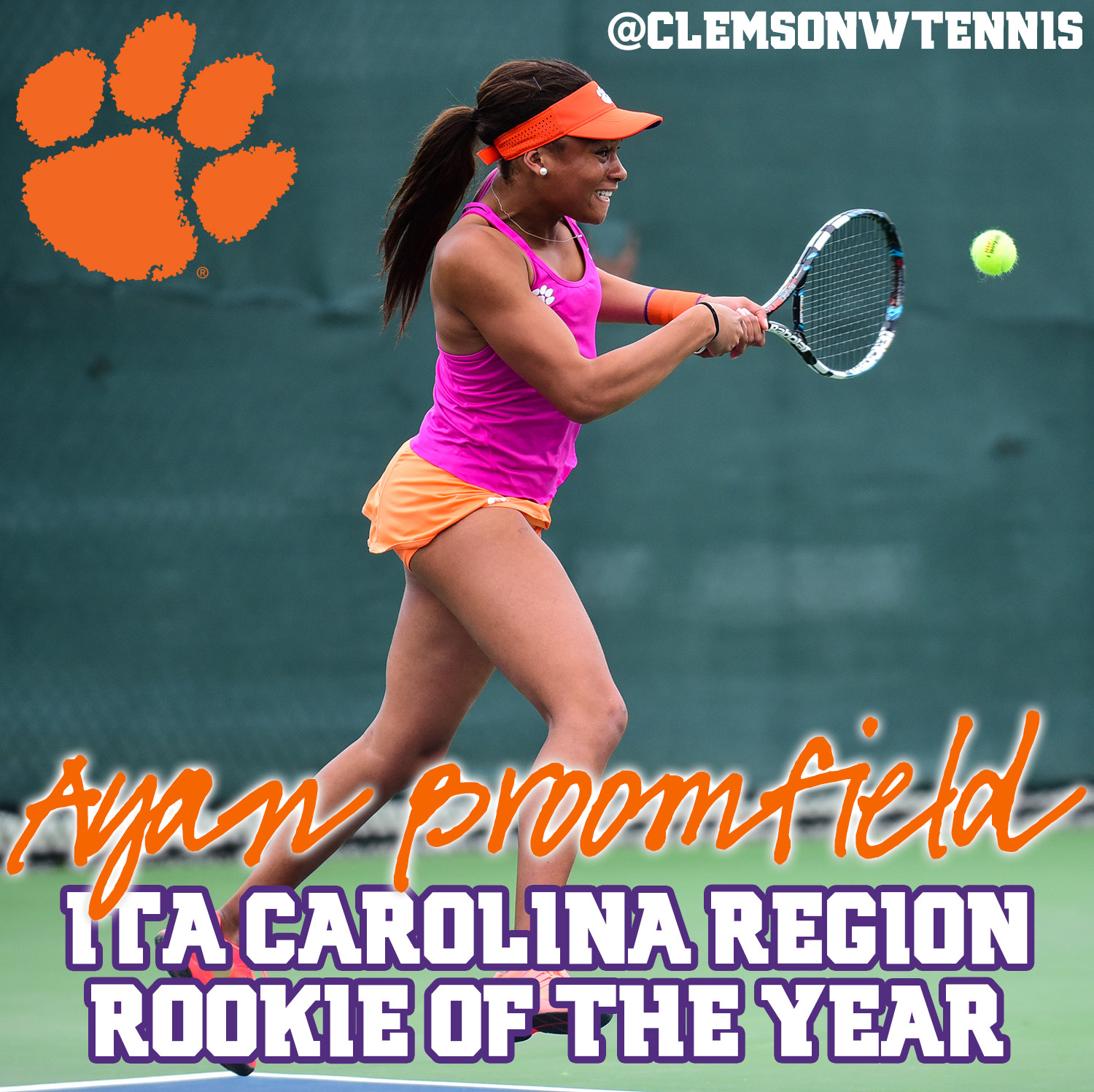 CLEMSON, S.C. – Ayan Broomfield, a freshman from Toronto, Canada, was named ITA Rookie of the Year for the Carolina Region, as announced by the ITA on Monday afternoon. Last month, Broomfield was named the ACC Freshman of the Year, as well as a member of the All-ACC Second Team.

Broomfield, who is currently ranked 51st nationally in singles, is 12-9 overall and 11-9 in dual matches in 2016. She played 16 of her 20 dual matches at the No. 1 singles position after moving up to that spot in the lineup on Feb. 20. She has five wins over top-100 singles players so far this spring. She is one of two Tigers, joining senior Joana Eidukonyte, to earn an invitation to the NCAA Singles Championships in Tulsa, Okla. May 25-30.