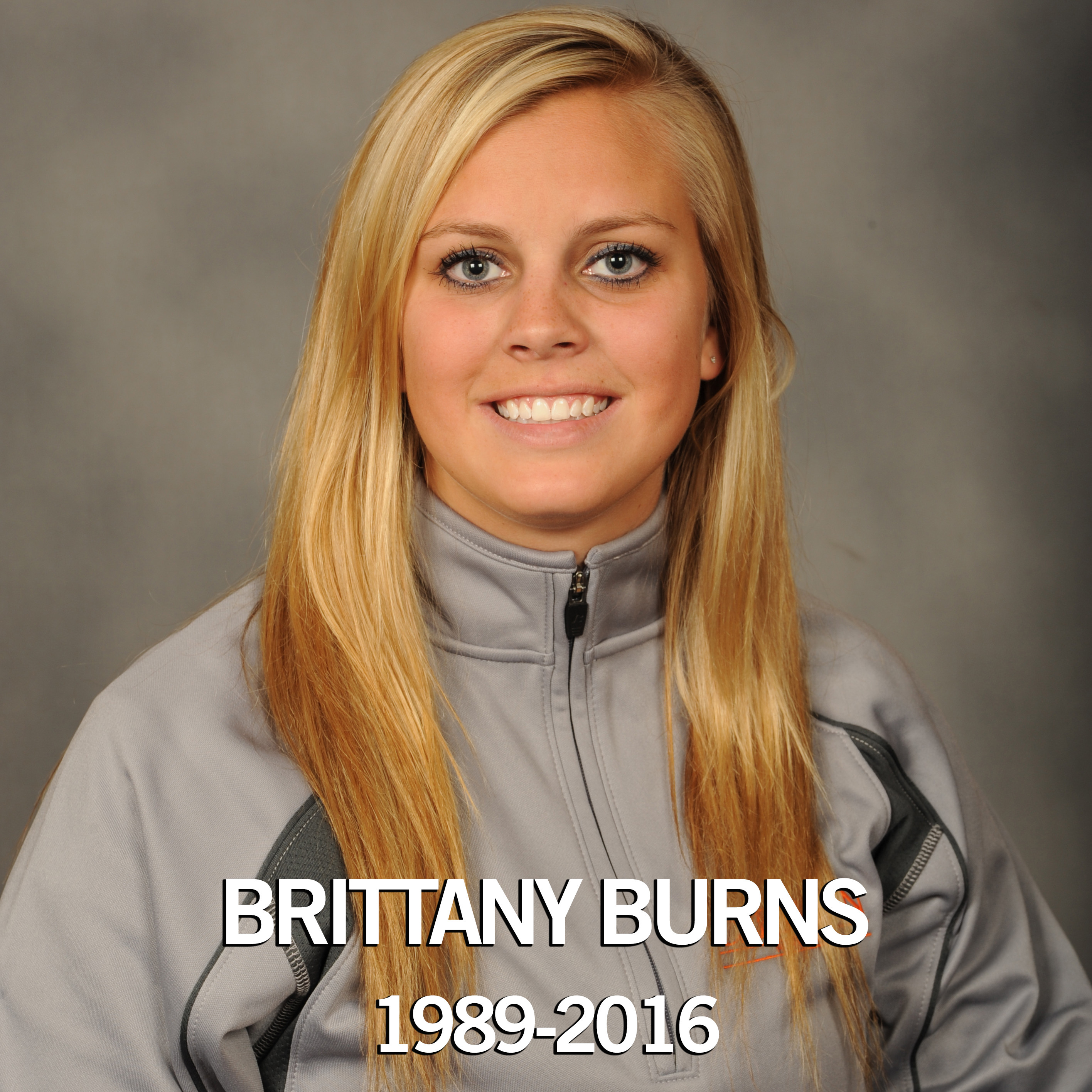 It is with heavy hearts that Tiger rowing mourns the passing of a member of the Clemson Family, Brittany Burns. A member of the class of 2012, Burns was a four-time letterwinner for the rowing team from 2008-12. She primarily rowed the bow seat in her time on the team and was a part of the 4th Varsity 8 team that beat #12 Michigan and #7 Ohio State in the 2011 ACC/Big Ten Challenge. She was also the fiancée of former Clemson football player and current Buffalo Bills linebacker, Tony Steward.

After being diagnosed with ovarian cancer on Dec. 9, 2015, Burns and Steward founded “Britt and Tony’s Fight Like a Girl” campaign to develop a charity devoted to providing support to other women battling ovarian cancer. Funeral arrangements have been made for Saturday February 6 at Westminster Presbyterian Church in Wilmington, Del. Visitation will be from 11-12:30, with the funeral service following at 1 p.m. In lieu of flowers, the family has requested donations be made to the “Fight Like a Girl” campaign.

Burns’ passing has seen a tremendous outpouring of thoughts and memories from former teammates and coaches, which are included below. Attached is a letter from her teammates in the class of 2012.

“We are saddened to learn of the loss of one of the members of our Clemson Family. From the outpouring of emotion and notes from her teammates and former coaches it is evident that Brittany was a bright light who made her mark on Clemson Rowing and made life better for all those who knew her. Our thoughts and prayers are with her family and her fiancée at this difficult time.”

“We are all heartbroken following the passing of our former student-athlete Brittany Burns. Our thoughts are with her family, her former teammates and all whose lives she touched. She will forever be a part of our Clemson Family.”

“My heartfelt sympathies go out to Tony Steward and Brittany’s family. Tony has dealt with so many tragedies, and I know Brittany brought a lot of joy and happiness to him. He’ll hold onto those memories, and he’ll lean on his strong faith. Our arms as a Clemson family are around him and her family during this trying time.”

“We are all sad to hear about the passing of Brittany Burns. She was an amazing teammate and friend to everyone, and always came to practice and races with a smile on her face. Her great demeanor and positive attitude was contagious. Our deepest sympathies go to her family and friends; she will be greatly missed.”

“Brittany found a home when arriving at Clemson and appreciated each day. She loved her teammates, University and the opportunity to represent Clemson as a student-athlete. Her kindness, positive outlook and commitment to being her best was a motivation to all.”

“I just wanted to take the time to write a short paragraph about my loved and beautiful friend and teammate Brittany Burns. She was a tiny but mighty rower. She always knew that competing against girls that were double her size didn’t create great odds for her, but Brittany was a fighter and held a positive spirit. She was the teammate that would be there for you in an instant if you needed her, no matter how close you were to her prior to that. She would bend over backwards to help those around her and maintained an infectious positive attitude and spirit that bled throughout the team. She was a friend to many, not only rowers but students across campus. She was well known as a girl that many admired and wanted to be around. Brittany fought hard in her short battle with cancer and she affected so many people around her and in the Clemson community. I am blessed to call her a teammate and a dear friend and she will be loved and missed by many but remembered for the amazing person that she is. Rest in peace Brittany.”

“I had the privilege of rowing with Brittany during my time at Clemson. She was also a dear friend and roommate. Brittany Burns was an incredible friend and teammate. Everyone knew her and Tony because they were the kindest and most generous people. They were both true Clemson athletes. Brittany was a wonderful friend, a phenomenal athlete, and will forever be remembered by the Clemson Rowing family. It’s devastating that she has gone so quickly. Britt was one of the strongest people I’ve ever known. She was a loyal teammate and a best friend to everyone. She had the biggest heart, always wanting to give with nothing in return. We have a huge void in our hearts that will never be able to be filled.”

“There are no words to express how devastated we are to have lost a best friend and a teammate. Britt was one of the most amazing people that will be sorely missed. She was a friend to all who showed determination and fight through everything she did.”

Brittany was the most loyal of teammates and her strength was much more than anything that could have been measured in a boat or on an erg. She lifted her teammates and friends up every day and shared her strength with anyone who may have needed it, even for the smallest reason. She had no limits to what she would do to help those she loved, and she loved so many.