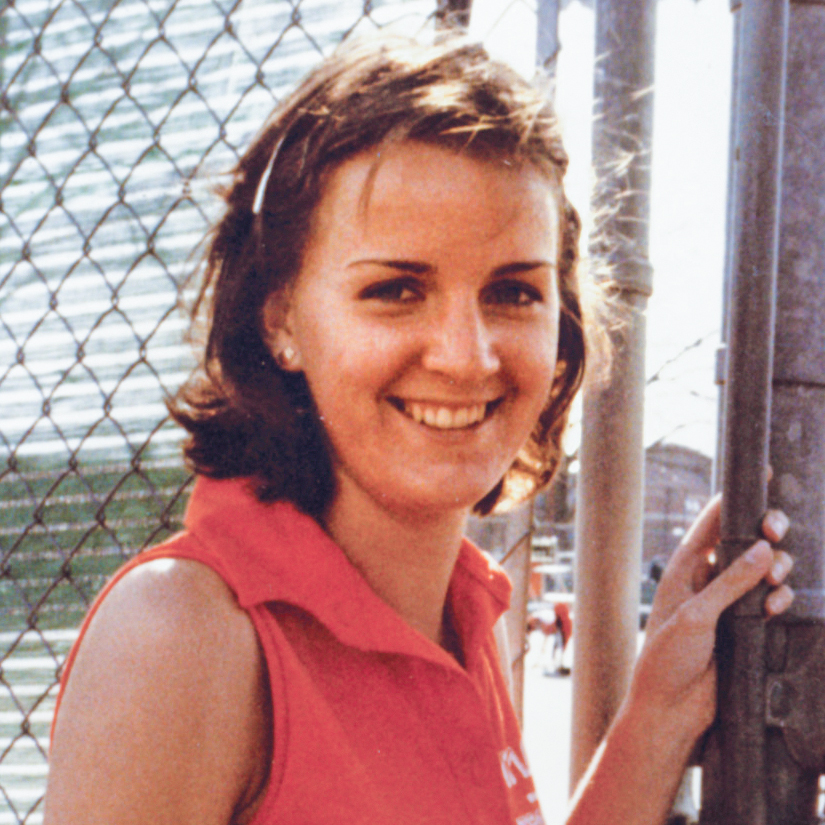 The Clemson women’s tennis team got off to a successful start in the mid 1970s, and a large part of that success was due to Susan Hill

Hill, who now goes by Hill-Whitson, was a star from day one, when the Signal Mountain, Tenn., native arrived on the Clemson campus.

During her freshman year in 1978, when she played No. 1 singles, Hill won the state AIAW (organization for women’s sports before the NCAA) tournament and regional AIAW tournament, then advanced to the national AIAW tournament. She had a 29-4 record and was named an All-American. The Lady Tigers finished No. 13 in the poll.

Her sophomore season was also a banner year. She advanced to the second round of the national AIAW tournament and teamed with her sister, Carolyn, to capture the consolation doubles championship. For her performance, she was again named an All-American.

In 1980, Hill was the main reason Clemson ranked No. 12 in the nation in the final poll. Hill had an incredible 40-3 ledger in singles play. She won the state and regional tournaments and advanced to the national AIAW tournament’s second round. Hill was named All-America for the third time.

In 1981, Clemson advanced to the AIAW Final Eight with a win over San Diego State. The Lady Tigers lost in the quarterfinals 5-4 to eventual champion UCLA. Hill qualified for the national AIAW singles tournament, but lost in the first round. The Lady Tigers finished No. 9 in the poll.

Hill was a three-time, first-team All-American and had a 126-20 record in her career. That 86.3 winning percentage is still highest in school history. She won 82 percent of her sets (261-57), also the best mark in school history. Hill is the only four-time ACC MVP in a women’s sport in Clemson history and one of just two in all sports in Tiger history.

Hill is still the only four-time league MVP in ACC women’s tennis history, and is one of just two tennis players to win the No. 1 singles league title four years in a row.

During her four-year career, the team played in the national AIAW tournament three of her four years. The Lady Tigers were 17-1 in ACC regular-season play, and the team was 83-26 overall.

Hill said she learned the game from playing with her father and his friends when she started playing at the age of 13.

“I never took lessons from a pro,” she said. “I learned rather quickly.

“My family is from South Carolina – my father was from Newberry and mom from Prosperity – so Clemson fit me perfectly.”

Carolyn joined her during her sophomore year, and the pair played doubles for three years.

Hill said that winning the ACC No. 1 singles position four times, her unbeaten singles record in the national team tournament and her induction into the Clemson Hall of Fame and Ring of Honor were the most memorable moments of her athletic career.

After graduation, her accolades continued. She was named to the ACC’s 50-Year Anniversary Team in 2002 and was named one of Clemson’s top-20 student-athletes of the 20th century by The State. She also holds the distinction of being the first women’s athlete to be inducted into the Clemson Hall of Fame and just the third female athlete inducted into the Ring of Honor.

“When I took my first recruiting trip to campus, I fell in love with Clemson. When I think of Clemson, I don’t automatically think of tennis. I met my husband at Clemson, and that makes it even more special to me. Clemson is a wonderful place. It’s beautiful…the surroundings and atmosphere are so special.

“Clemson is a great place to be student. As each year passes, I love it even more.” 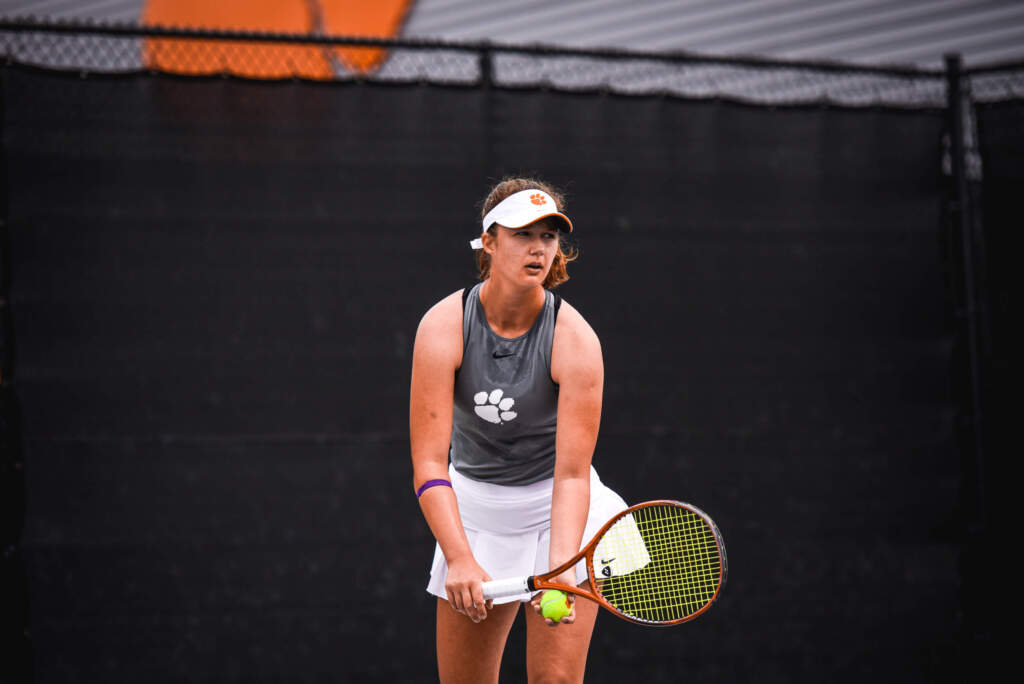 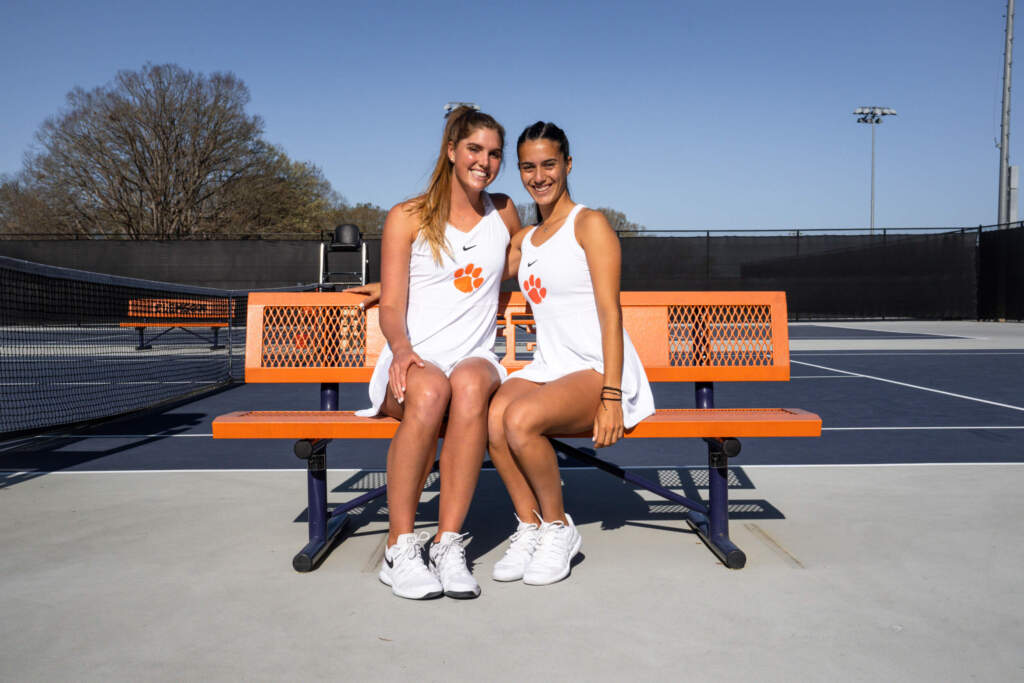 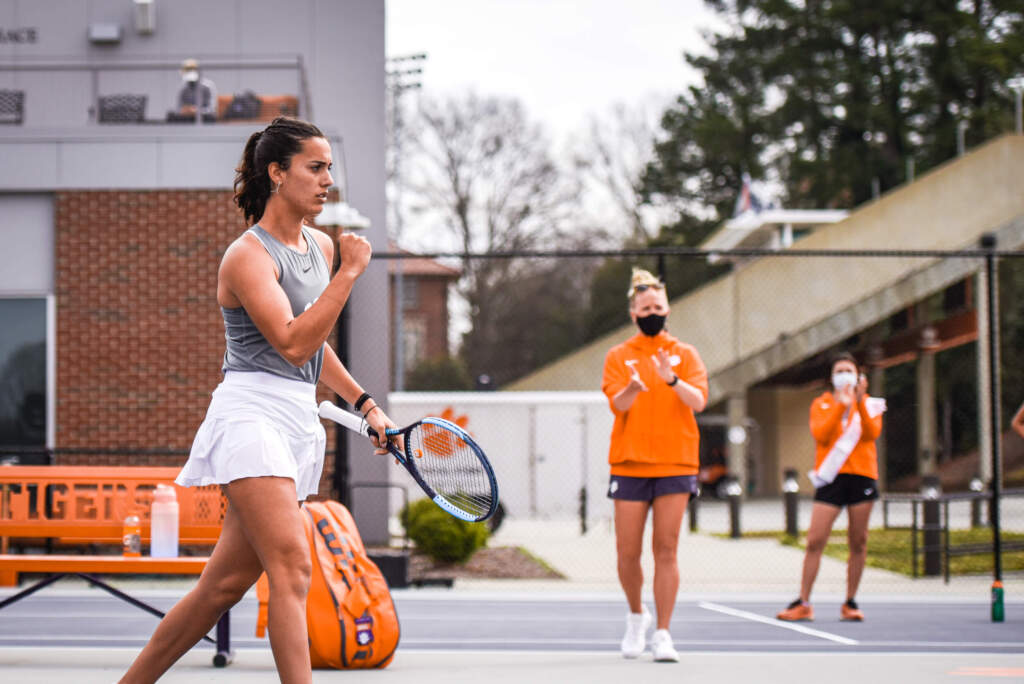