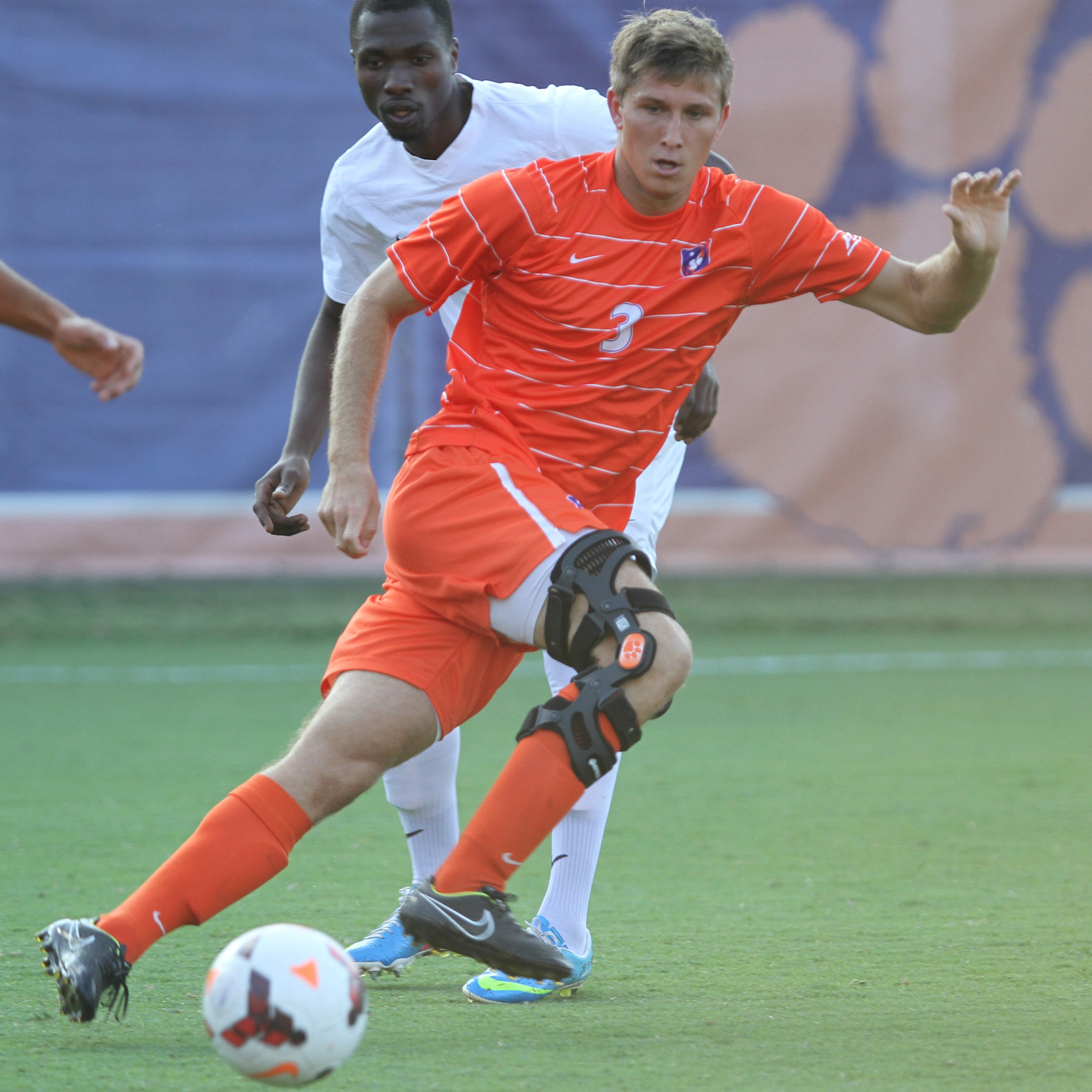 This past Monday, Clemson men’s soccer senior captain Bobby Belair was awarded the Determined Spirit Award at Clemson’s annual CLEMMYs. The award is given annually to an individual who shows outstanding perseverance resulting in achieving excellence.

But there is so much to Belair’s story.

“True character and determined spirit is not revealed or uncovered in times of bounty or glory, but in times of crisis and need,” head coach Mike Noonan said during Monday night’s CLEMMYs. “It was Bobby Belair who delivered for Clemson again and again.”

Belair transferred to Clemson after completing an undergraduate degree at Brown University. He played and won an Ivy League championship with Brown, but encountered some injury trouble. He chose to play out his last two years of eligibility at Clemson.

This past spring, Belair elected to apply for a sixth year of NCAA eligibility. The Myrtle Beach native had completed two medical redshirts in his career, meaning he had only played a full three years of soccer. He was awarded that sixth year. Four days later, he felt a pop in his right knee. He had torn his ACL.

“At that point, I debated just calling it a career when I found out,” Belair said.

But, he elected to persevere through the pain, knowing he wouldn’t be the same player he once was. He postponed surgery until after the 2014 season. Why? He wanted to win a championship.

“I still had that fire, that fire to give it everything I had left and go win a championship,” Belair said. “I knew the team needed me. I just made sure to bring it every day in practice, keep the team motivated, energized and focused on what we needed to do each day to be able to perform.”

Preseason practices began for the 2014 season. The team met and laid out a series of goals they wanted to accomplish throughout the season. As a captain, Belair, and co-captain Phanuel Kavita, helped lead the team to all but one of those goals.

“In preseason, I realized that I was not going to be the same player that I used to be,” Belair said. “I started the first two games, didn’t play that well, lost the starting spot and thought to myself ‘alright, this is going to be challenging, a lot harder than I thought it was going to be.’ I realized at that point that it wasn’t going to be easy.”

After persevering through the regular season and into ACC Tournament play, Belair started against defending national champion Notre Dame in the ACC Tournament semifinals. Clemson went down 1-0 early and trailed with less than two minutes remaining in the match. Junior Paul Clowes served in a corner kick that found Belair’s head and the back of the net. 1-1, one minute, 59 seconds remaining.

Regulation ended, and two overtime periods went by without a score, so the match was decided in penalty kicks. Belair, on one knee, converted a pressure-packed PK to help Clemson advance to the ACC Tournament championship game. For his efforts, he was named to the All-ACC Tournament Team.

Overall, Belair played in 19 of the team’s 22 games, starting five, including the ACC semifinals, ACC finals, and Clemson’s first NCAA Tournament game. Then, another setback.

Dribbling the ball down the far side of the field and absorbing contact from a Coastal Carolina player in Clemson’s first NCAA Tournament game, his knee buckled and he fell. He had torn the meniscus in his right knee, the same knee with the already torn ACL.

“I tried to plant and change directions to avoid a defender and I felt my knee slip and heard a pop. I knew something was wrong right away,” Belair said. “I remember being helped off the field and putting my hand up to let my mom know I was OK. That was tough, having to leave the game with the score line so close.” (Clemson led Coastal 1-0 at the time)

Clemson would beat Coastal Carolina 2-1 that night and advance to the third round to host North Carolina. Belair dressed and played in that game, despite having two torn ligaments in his knee.

“We thank Bobby for his perseverance to show up everyday in pain, unable to play at his best, but always giving his best,” head coach Mike Noonan said. “Our senior class, when you look at who they are and what they’ve accomplished, is amazing. What they’ve been able to accomplish during their time here is amazing and it’s re-established the rich tradition that Clemson soccer represents.”