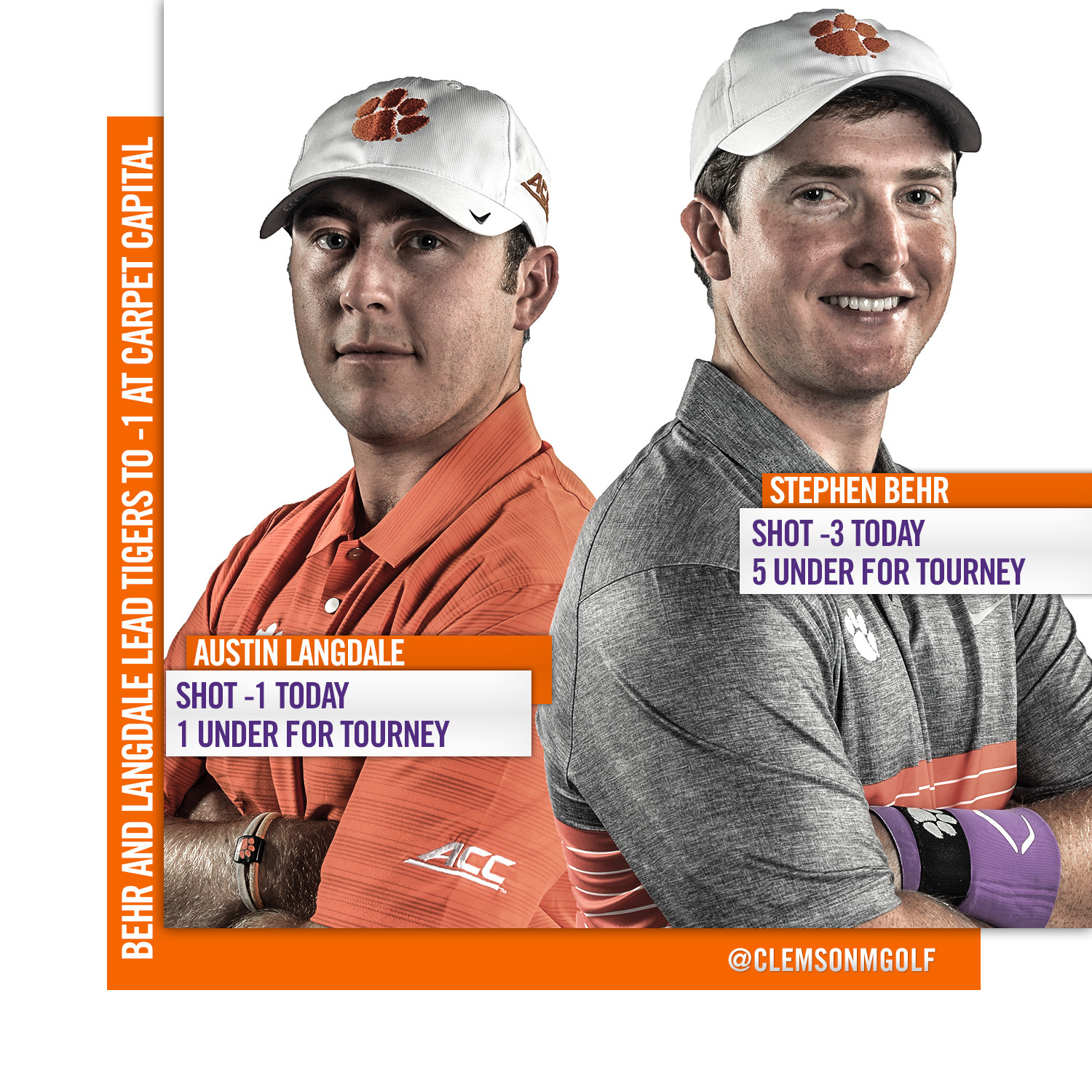 Behr Tied for Lead Entering Final Round at Carpet Classic

Clemson, S.C.—Stephen Behr fired a three-under-par 69 to lead Clemson to the top team score on Saturday at the Carpet Capital Collegiate Classic at The Farm in Dalton, Ga.  Clemson stands in fourth place as a team entering the final round with a team score of seven over par 583.

Alabama leads the tournament at 578, so the Tigers are just five shots off the lead entering Sunday’s final round.  Auburn is second at 581 and Georgia Tech is third at 582.  Clemson is fourth at 583 and South Carolina is fifth at 584.  LSU is sixth at 592.

Behr is tied for the lead after 36 holes with Davis Riley of Alabama at 139, five under par.  Behr, a graduate student from Florence, S.C. had an opening round 70 and has nine birdies over the first 36 holes, second best in the field of 81 players.  Through the first two rounds he has played the par four holes in two under par, best in the field and his one under par on par three holes is tied for first.

Junior Austin Langdale also shot under par on Saturday with a 71 and is at even par after two rounds with a 144 score.  Langdale stands in ninth place in the individual race after he made four birdies in his second round.

Carson Young had an even par 72 on Saturday thanks to three birdies and three bogeys.  The junior from Pendleton, S.C. stands at 148 through two rounds and is in 19th place. Miller Capps was Clemson’s fourth counter on Saturday with a 75 and he has a 152 total after 36 holes.

Coleman Self, a freshman playing in his first career tournament, had an 81 on Saturday and stands at 159 for two rounds.  He has played the par five holes in three under par so far, fifth best in the field.