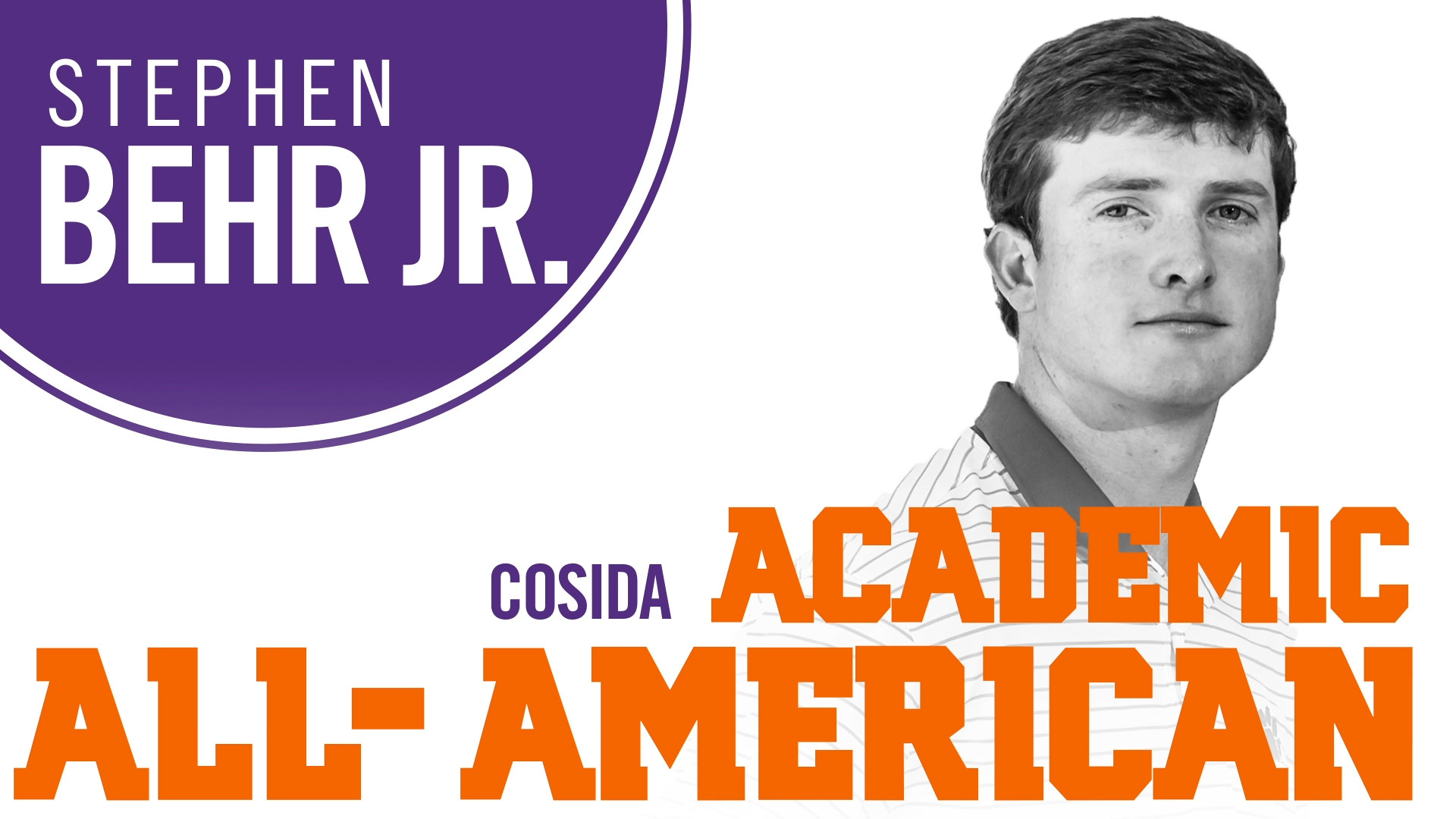 Clemson, S.C.—Clemson graduate Stephen Behr has been named to the first-team CoSIDA Academic All-American Men’s At-Large Team for the 2015-16 academic year.  Behr finished his career with a 3.92 career grade point average in finance and had a 4.0 average in graduate schedule.  He is the first first-team CoSIDA Academic All-American from the Clemson golf team since Jonathan Byrd in 2000.

Behr, a native of Florence, S.C. was one of 12 men named to the first team, but the only golfer selected to the squad.   Behr was selected from a pool of candidates nominated from schools from the sports of fencing, golf, gymnastics, ice hockey, lacrosse, rifle, skiing, swimming & diving, tennis and water polo.  Candidates must have at least a 3.3 GPA.

Behr was Clemson’s top golfer this year with a career best 71.94 stroke average for 11 tournaments and 33 rounds.  It was the third time in his four year career he had the top stroke average on the team.  He finished 18th in the final Golfweek/Sagarin rankings, the highest finish by a Clemson golfer since Kyle Stanley was fifth in 2009.

He finished in the top 10 at five events, including a second place at the Carpet Classic, fourth at the Puerto Rico Classic, fifth at Bandon Dunes, third at the Clemson Invitational and a team best eighth place at the NCAA Regional.  He finished 20th at the NCAA National Tournament for his three rounds, best on the team.

The senior leader was a big reason Clemson won the ACC Championship, captured three tournament titles overall, and finished in a tie for 14th in the nation at the National Tournament.

Behr finished his career with a 72.46 stroke average, seventh best in school history.  He had 11 career top 10 finishes and 55 rounds at par or better.

From an academic standpoint, Behr was the recipient of the Elite 90 Award from the NCAA, which is given to the player at the NCAA National Tournament with the highest grade point average.  He was won the Byron Nelson Award as the top all-round student athlete in college golf.  He was the first Clemson golfer to win the award.  He is also a four-time All-ACC Academic selection, joining Crawford Reeves as the only Clemson golfers to be named four straight years.

It marked the second straight year Behr had made an Academic All-America team. He was a third-team selection in 2014-15.  Other Clemson golfers to be honored as CoSIDA Academic All-Americans are D.J. Trahan (2002, 3rd) and Jonathan Byrd (1999 and 2000, both 1st team).