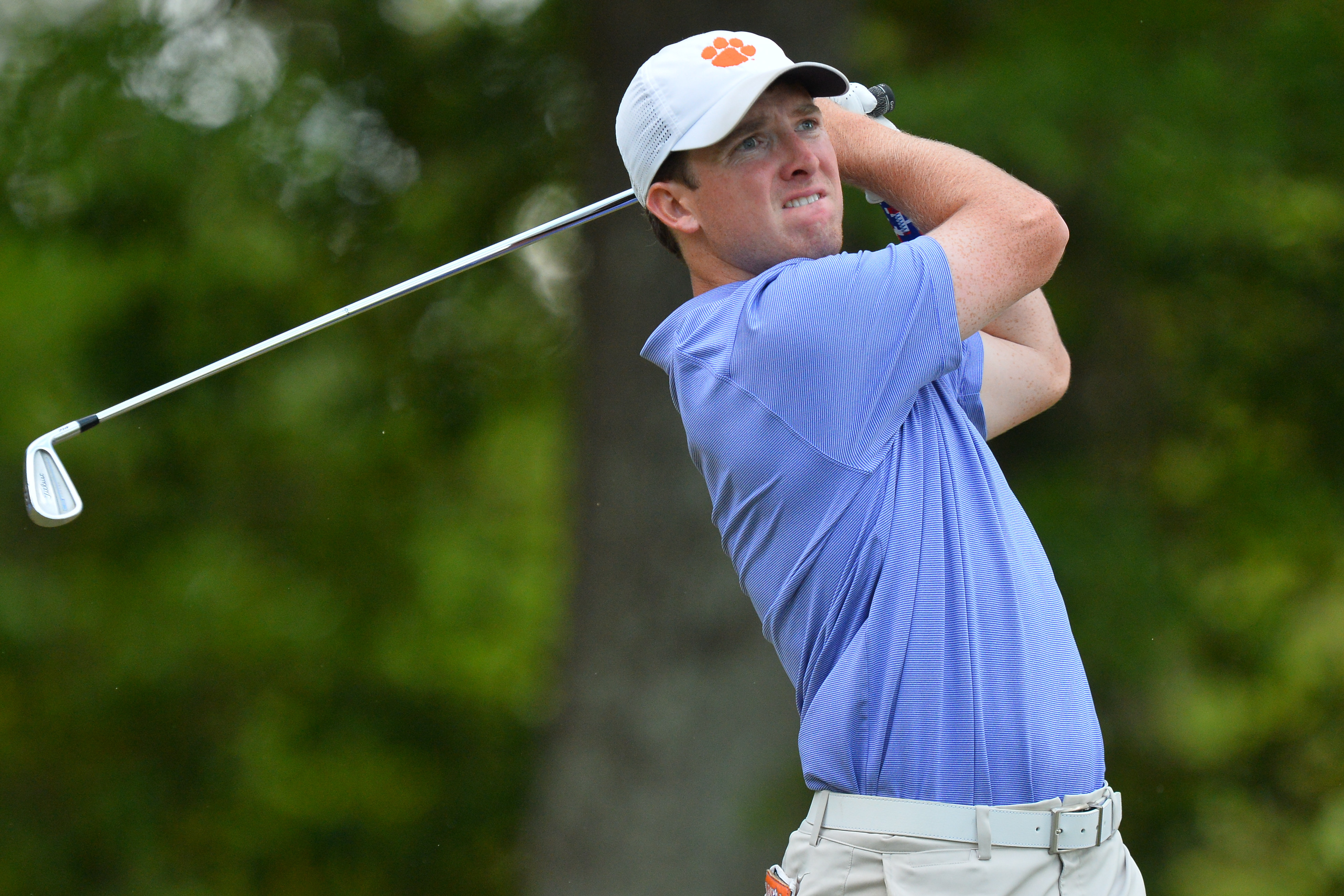 Clemson, S.C.—Clemson graduate student Stephen Behr has been named to the CoSIDA Academic All-District 4 At-large team.  Behr was in competition with  student athletes from the Southeast in various sports for his selection to the team that is voted on by Sports Information Directors.    Behr will now be a candidate for the national team, which will be selected later in the month.

This is the second consecutive year Behr has made the All-District team.  Last year he went on to make third-team Academic All-American according to CoSIDA.   Behr has already been named Academic All-ACC three times and should make it for a fourth team when the squad is announced in June.

Behr graduated with a 3.92 GPA in finance last May and has been enrolled in graduate courses this year as he completes his eligibility with the Tigers’ seventh-ranked team that begins play in the NCAA Regional on Monday.

The 2016 winner of the Byron Nelson Award, Behr has a 71.81 stroke average this year and has four top 10 finishes in nine events.  He was named first-team All-ACC on Thursday.  His 72.46 career stroke average is in the top 10 in school history.