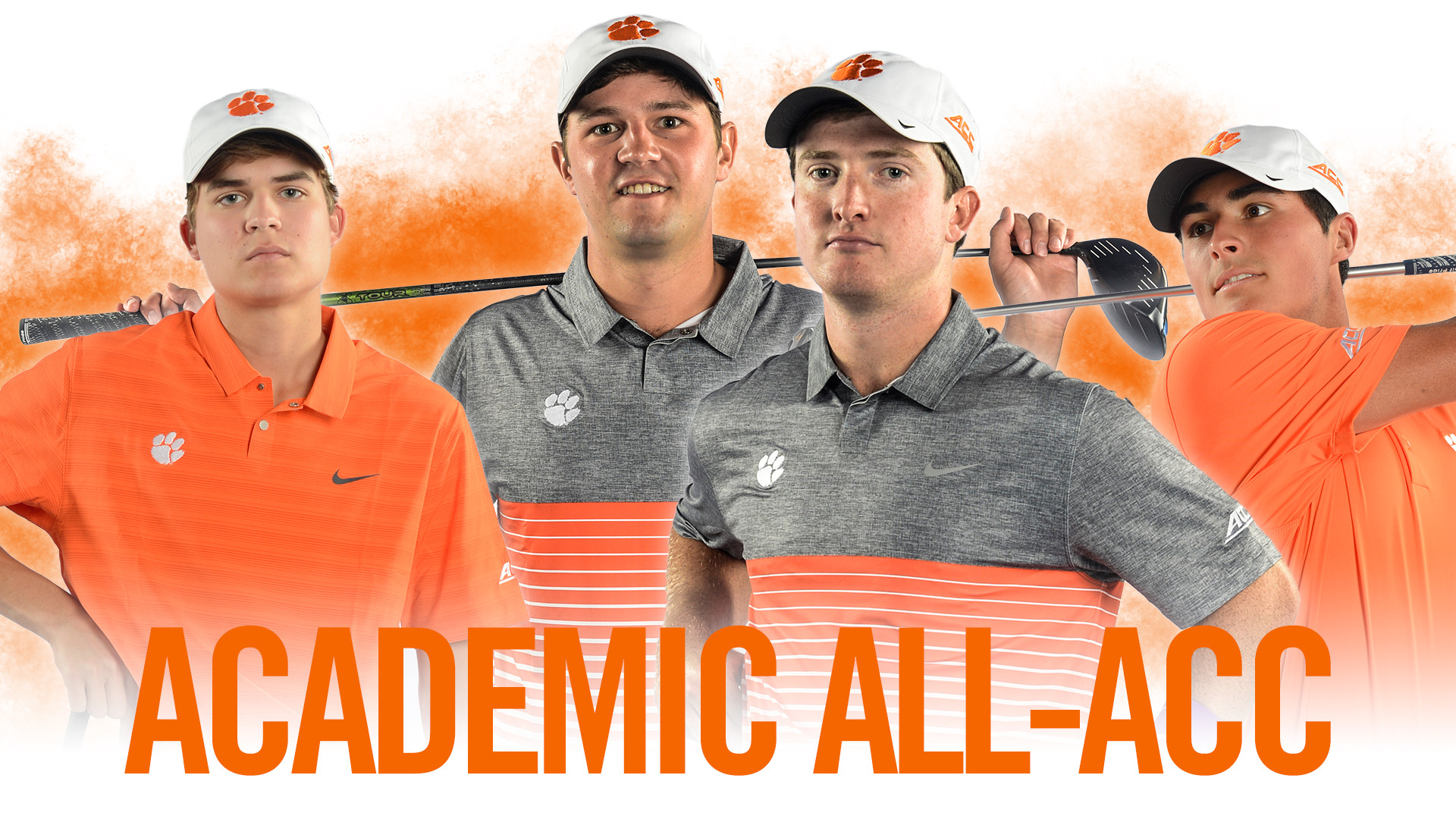 Clemson, S.C.—Stephen Behr has been named  the Atlantic Coast Conference Men’s Golf Scholar-Athlete of the Year.  He is one of four Clemson golfers who were named to the All-ACC Academic Men’s Golf team on Tuesday.

The Scholar-Athlete of the Year award is named after Rod Myers, Duke’s men’s golf coach from 1973-2007.  A graduate student studying financial management, Behr won the 2016 Byron Nelson Award as the top all-around student-athlete in collegiate golf.   The first-team Academic All-American  led the Tigers with a team-best 71.94 stroke average and had the most top-10 finishes on the team with five in 11 tournaments played.

A native of Florence, S.C. Behr completed the season as the highest-ranked ACC player in the Golfweek rankings at No. 18, and finished No. 22 in the nation according to Golfstat. He finished tied for 13th at the ACC Championship to help lead Clemson to the team title. At the NCAA Championship, he finished 20th individually out of 156 players, and  won the Elite 90 Award with the highest GPA of all competitors at the event.

In addition to Behr, Bryson Nimmer, Carson Young and Miller Capps were named to the All-ACC Academic team.  For Behr it was his fourth year on the team, the second Clemson men’s golfer to be a four-time selection.  Crawford Reeves did it four times between 2010-13.  Capps just completed his Clemson career this year. The four-year starter who is ranked 12th in Clemson history in career stroke average, helped the Tigers to a No. 14 finish at the NCAA Tournament in Oregon.

Rod Myers Scholar-Athlete of the Year