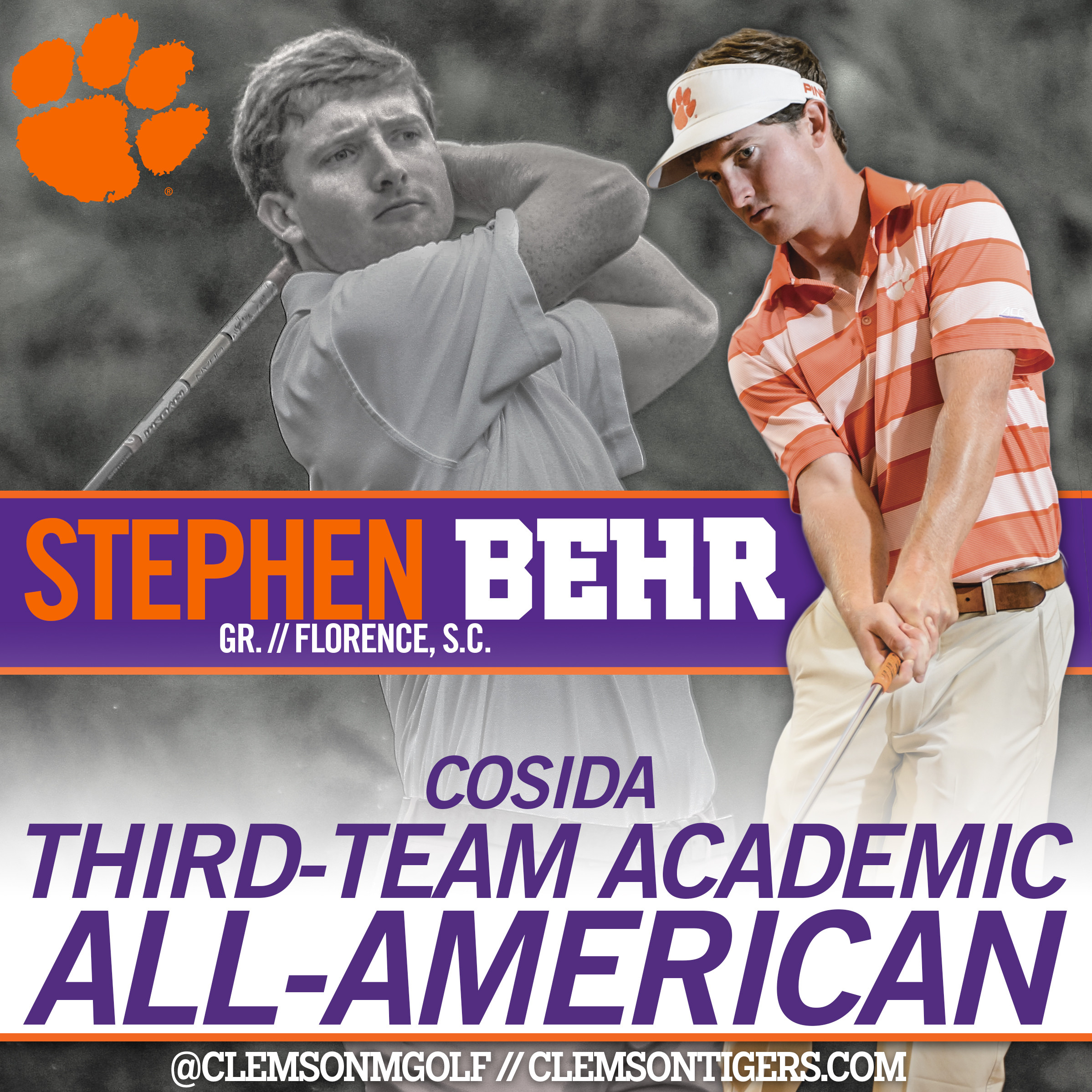 CLEMSON, S.C.—Clemson graduate Stephen Behr  has been named a Capital One  Division 1 Academic All-American as selected by the College Sports Information Directors of America.  Behr was named to the Men’s At-Large Third Team that includes athletes who compete golf, fencing, gymnastics, ice hockey, lacrosse, rifle, skiing, swimming and diving, tennis and water polo for both men and women, as well as bowling, crew and field hockey for women, and volleyball and wrestling for men..

Behr graduated from Clemson in May with a 3.92 GPA, but still has another year of eligibility and plans to return to Larry Penley’s golf team that reached the NCAA National Tournament this past year.  He received his degree in financial management.

Behr is the first Clemson golfer honored as a Capital One Academic All-American since D.J. Trahan in 2002.

Behr had the finest season of his career in terms of stroke average this year with a 72.43 figure,  third best on the Clemson team.  The three-year starter had six rounds in the 60s, 11 rounds under par and 18 rounds at par or better.  He finished third at the Hummingbird Invitational in the fall and was 14th at  the ACC Tournament in April.

Behr has been named to the Academic All-ACC Golf Team each of the last two years.  The 2015 team will be announced later this month.