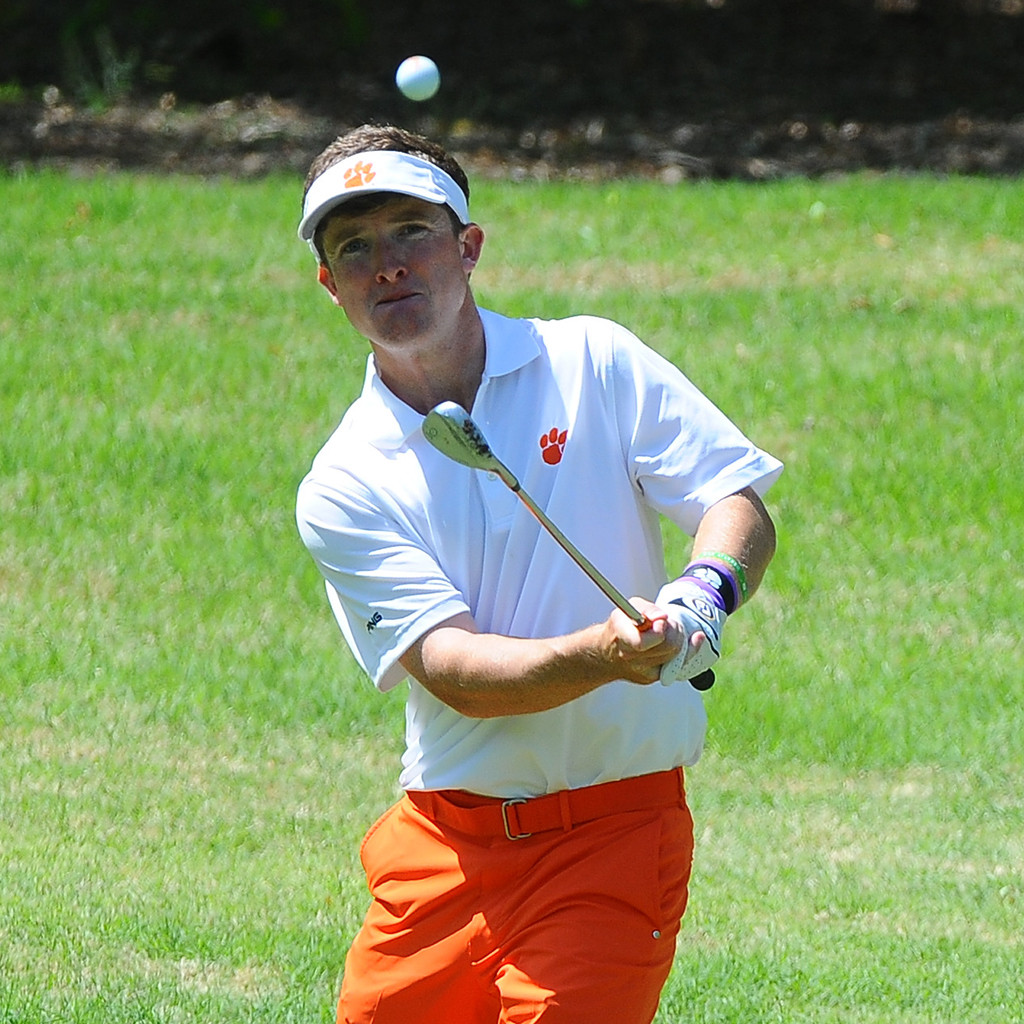 Clemson, S.C.—Stephen Behr, Jr. has been named to the CoSIDA At-Large Academic All-District team for the third consecutive year. Behr has been a starter for Larry Penley’s team each of the last three years and is a big reason Clemson has advanced to the NCAA Championship Tournament that begins May 29 in Bradenton, Fla.

Behr competed against men from multiple spring sports and was one of four golfers to make the 12-man team. Other golfers on the team Anders Albertson of Georgia Tech, Jimmy Beck of Kennesaw State and Phillip Brennan of Troy.

Behr graduated from Clemson on May 8 with a degree in financial management.  He finished his undergraduate career with a 3.94 GPA.  In addition to being a three-time selection to the CoSIDA Academic At-Large All-District team he is also a two-time selection to the Academic All-ACC team.  That team has not been selected for the 2015 season.

On the course, Behr was Clemson’s leader in stroke average in 2013 and 2014.  He has improved that stroke average this year to 72.03, but is fourth on the team in that statistical category in 2014-15.    He recently finished 14th at the ACC Tournament with a two-under par score and also had a 15th place finish at the Palmetto on March 10.