CLEMSON, SC –Clemson was one of eight NCAA baseball Tournament regional sites announced Monday by the NCAA Tournament Committee. Clemson will play host to the NCAA East Regional May 21-24 (Thursday-Sunday). This will be the fourth time in the last five years that Clemson has played host to the NCAA Regional Baseball tournament, the sixth time overall.

Tickets are available at the Clemson Ticket office at Memorial Stadium beginning on Tuesday. Tournament passes are $50 apiece. No reserved single session passes will be sold.

Orders are now being accepted for tournament passes. Orders received through Friday, May 15, will receive their tickets through the mail. Beginning May 18, tournament passes can be picked up from the ticket office.

Single session tickets will be available the week of the tournament (Monday, May 18) at the ticket office or they can be bought at the gate.

Season ticket holders will have first priority to claim their seats for the tournament (until Friday, May 15). 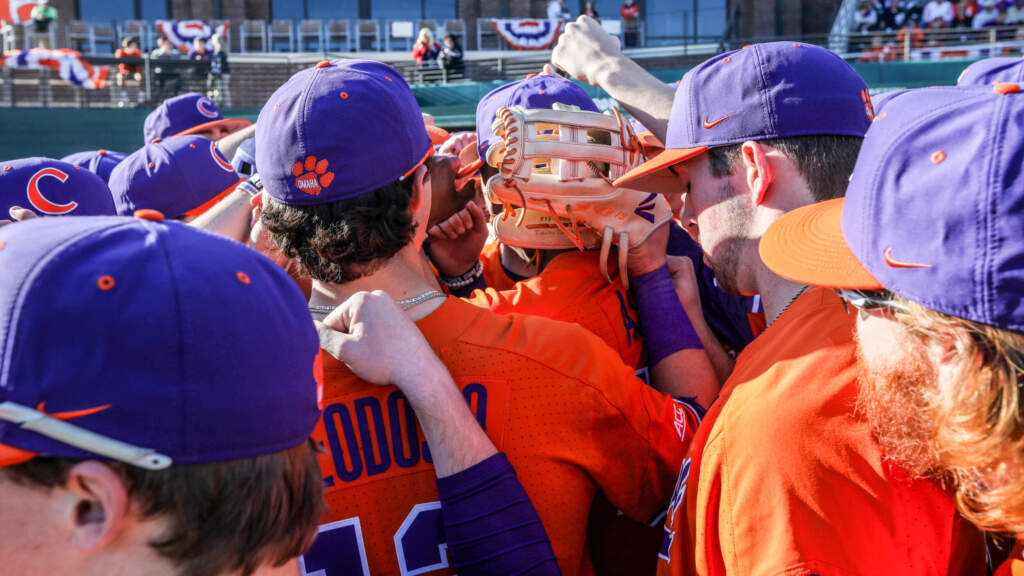