Leggett To Face Two Former Assistants Clemson hosts East Carolina this weekend in a three-game series, matching two head coaches that were on the same staff at Western Carolina in the early 90s. Jack Leggett was the head coach and Keith LeClair, now in his first season at East Carolina, was an assistant on the Catamount coaching staff.

The two have met before as head coaches. LeClair was the head coach of Western Carolina for the past six seasons before being named head coach at East Carolina. In head-to-head competition, Leggett holds an 8-1 advantage over his former assistant, dating back to the 1994 season when Leggett became Clemson’s head coach.

East Carolina enters the weekend series with an 0-1 record. Duke defeated the Pirates 3-2 at Durham, NC on February 9.

Olive Garden Classic Recap Clemson opened its 1998 season in the Olive Garden Classic in Kissimmee, FL. The Tigers went 3-0 in one of the most prestigous tournaments in the country to earn championship honors over three teams that participated in the 1997 NCAA Tournament.

In game one, sophomore Ryan Mottl led the Tigers to a 4-2 victory over South Florida in the opening game of the tournament. Mottl pitched seven innings, only allowing a two-run home run by Mike Pilger. Scott Clackum pitched two perfect innings to record his first save of 1998.

In game two versus Central Florida, junior college transfer Jason Harris hit his first home run as a Tiger to propel Clemson to a 7-6 come-from-behind win. Doug Roper went 3-for-3 in the effort, and Scott Clackum picked up his second save in as many games.

In the final game, Clemson used a seven-run sixth inning to defeat 10th-ranked Auburn 9-4. It was Leggett’s 25th win over a top-10 team in four-plus seasons as Clemson’s head coach. Sophomore Mike Paradis pitched four innings of relief, allowing only two hits and no runs to gain the victory and the tournament championship. Junior

Derek Borgert led the way at the plate, belting a two-run homer, his first long ball since his freshman season.

Kurt Bultmann was named the tournament MVP by going 6-for-14 with two doubles and four RBIs. Bultmann was joined by first baseman Jason Harris and righthander Ryan Mottl on the all-tournament team.

Bultmann Picks Up Where He Left Off Kurt Bultmann has started 1998 with a bang after setting the Clemson single-season record for doubles with 31. The junior from Seminole, FL hit two doubles in the three-game Olive Garden Classic. He also had six hits in 14 at bats and was named the tournament MVP. The second baseman has moved over from the shortstop position now that Doug Roper is back from a season-ending injury in 1997.

Camp is tentatively scheduled to open June 1 at Hi Corbett Field in Tucson., AZ, home of USA Baseball and Cactus League spring training home of the Colorado Rockies. The USA Baseball National Team will begin its competition in mid-June and play approximately 30 games in preparation for the International Baseball Association’s XXXIII World Championship in Italy on July 21 – August 2.

Seven Current Tigers Picked In Major League Draft The following is a list of current Clemson players selected in the Major League draft:

Clemson’s 203 Wins since 1994 Second Best In The Nation The barometer of a great season in college baseball is getting to Omaha and winning 50 games. Since Jack Leggett took over as Clemson’s head coach in 1994, the Tigers have won 203 games (excluding 1998) for an average of almost 51 per season. Included in that total is 53 wins against top 25 teams. Included among the 53 wins is 24 victories over top 10 teams.

Tiger Field Rated Among Best In The Country Beautiful Tiger Field has helped Clemson gain one of the best home-field advantages in the country. The Tigers have won over 84 percent of its home ACC games and 82 percent of its overall home games, dating back to 1970. 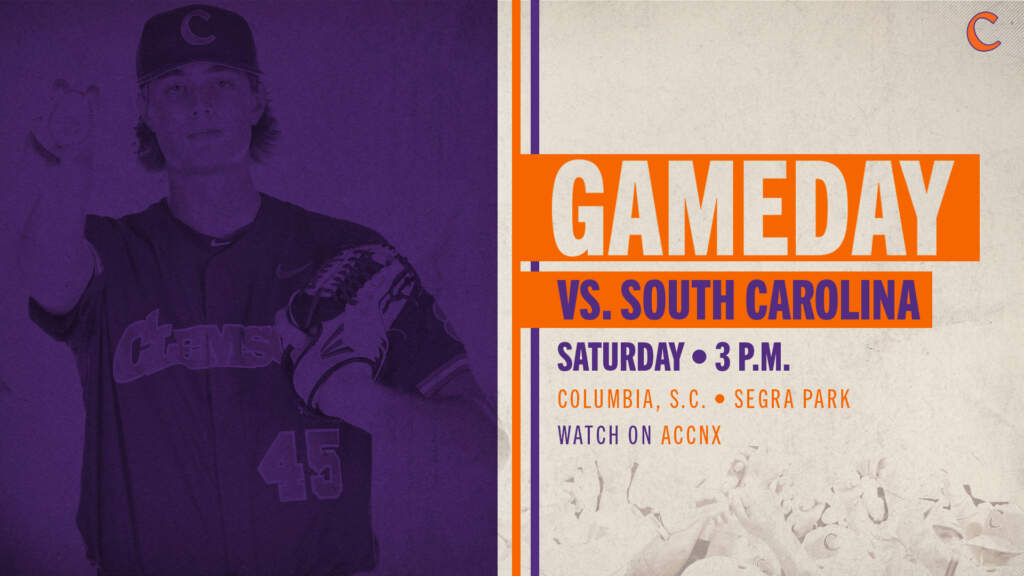