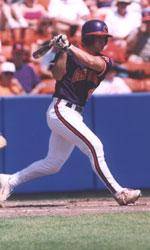 Clemson, SC – The Clemson baseball team defeated Maryland 16-7 in the second game of a three-game series completed on Sunday. The Tigers scored 10 runs in the first inning and built a 16-7 lead Saturday afternoon before the game was called after the top of the eighth due to rain. Clemson improved its record to 22-1 (2-0 ACC) while dropping Maryland to 17-8 (0-5 ACC).

The Clemson offense got started early for the second straight game. Fourteen batters came to the plate to account for 10 runs and nine hits off Maryland starter Todd Ainesworth, who had allowed only seven earned runs all year heading into the game. The 10-run first inning was the highest scoring opening frame for Clemson since a 12-run first against Marshall on March 10, 1987.

L.J. DeMaino walked to lead off the inning and was followed by four straight singles. Jeff Baker’s hit to center plated two runs and Michael Johnson extended his hitting streak to 20 games with a single to right field. The 20-game streak is the 10th longest in school history.

Khalil Greene scored on a fielder’s choice and Baker came home on a balk before Jeff Hourigan hit an RBI-single to give the Tigers a 5-0 advantage. The rally continued when DeMaino doubled to center to drive in two runs before the Tigers struck with back-to-back home runs.

Kyle Frank hit a two-run shot to right center and was followed by Greene’s ninth home run of the season. Baker singled again in the inning before Maryland changed pitchers. Reliever Josh Andrews struck out Michael Johnson to end the inning and stop the bleeding for the Terrapins.

Maryland scored runs in the second and third innings but Clemson answered with runs of its own. Jeff Baker’s hit his seventh home run of the year in the third.

After Terrapin runs in the fourth and fifth innings, Clemson hit back-to-back home runs again in the bottom of the fifth. Johnson went deep with his 12th home run of the year, this one a solo homer that just cleared the fence in center field, and Schmidt’s home run bounced off the fence in right center to give the Tigers a 14-6 advantage.

The Tigers added two more runs in the sixth and Maryland tacked on a run in the top of the seventh. Maryland loaded the bases in the top of the eighth with one out but the potential rally was squashed. Greene made a diving backhand stop of a one-hopper and turned it into a 6-4-3 double play to end the inning.

The game was then stopped at 3:18 PM due to rain and the decision was made an hour later to complete the game on Sunday. Clemson failed to score in the bottom of the eighth and Ryan Childs closed out the ninth to secure the victory.

Patrick Hogan (2-0) won his second game this season in a long relief situation. He pitched 4.0 innings, allowing two runs off four hits while striking out three batters. Ainesworth (4-2) got the loss for Maryland.

The two teams will begin the third game of the series at approximately 1:30 PM.