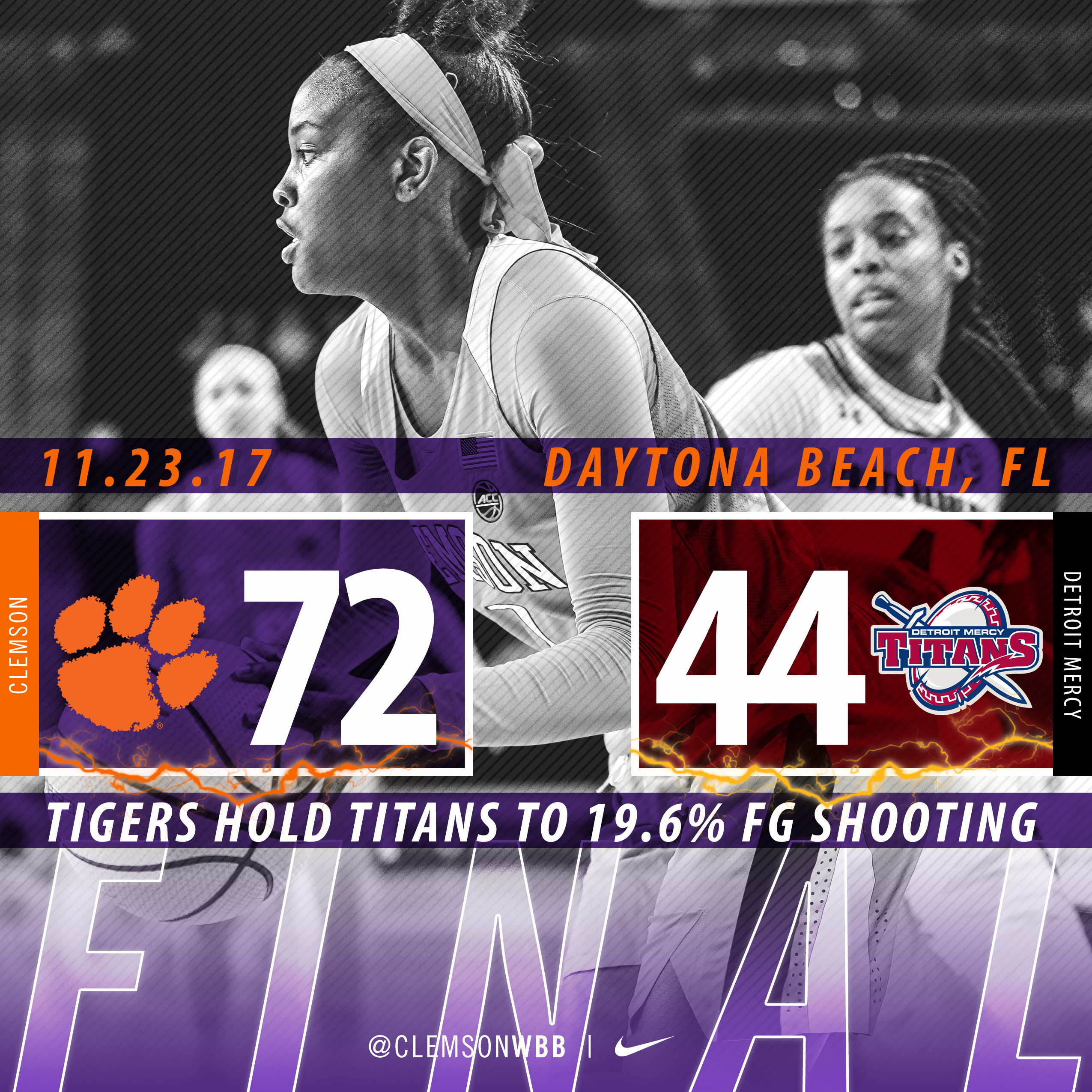 DAYTONA BEACH, Fla. – Twelve different Tigers scored, led by freshman Destiny Thomas with 12 points, as the Clemson women’s basketball team defeated Detroit Mercy 72-44 on Thursday evening at the Ocean Center in Daytona Beach, Fla. With the win, the Tigers improved to 4-1 on the season, while the Titans fell to 0-4.

Clemson got out to a 25-8 lead at the end of the first quarter, spurred by a three-for-five performance from three-point range, including two threes by redshirt junior Francesca Tagliapietra. The Tiger defense held the Titans to just 1-for-11 from field goal range in the second quarter to extend the lead to 39-21 at the end of the first half.

Thomas hit two consecutive three-pointers in the first two minutes of the third quarter to set the tone offensively for the Tigers in the second half. She finished the game with 12 points, on a perfect 5-for-5 from the floor, including 2-for-2 from three-point range. Three players, Tagliapietra and seniors Ivy Atkism and Alexis Carter, scored eight points apiece, while sophomore Jaia Alexander and freshman Jenise Strover were not far behind with seven points each.

Strover led Clemson on the boards with eight, while Aliyah Collier pulled down seven rebounds. For the game, the Tigers out-rebounded the Titans 56-32. Clemson was stellar on defense, holding Detroit Mercy to just 19.6% from field goal range (9-for-46). Freshman Tylar Bennett blocked four shots to aid the defensive effort, and junior Keniece Purvis tallied four steals in the game.

The Tigers return to action on Friday when they face Buffalo at 6:30 p.m. in Daytona Beach, Fla.