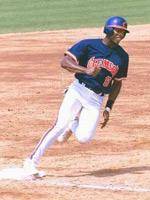 Auburn Claims Series With 9-6 Victory Over Clemson on Sunday

Auburn scored five runs in the fourth inning and never looked back, winning 9-6 in front of 3,673 fans at Doug Kingsmore Stadium Sunday. The win gave #7 Auburn two out of three in the series, and improved its record to 16-2 on the season. Clemson fell to 6-7 with the loss.

Josh Bell (1-0) earned the win for Auburn. He gave up two unearned runs in 3.0 innings pitched. Tony Sipp (0-1), the starter for Clemson, got the loss after giving up six earned runs. Garrick Evans was 3-for-4 with two RBIs in what was a solid series for the junior centerfielder. His streak of reaching base successfully in eight straight plate appearances ended late in the game.

The two teams combined for nine errors in the contest, with Clemson committing a season-high five in the game. Clemson left eight men on base, while Auburn stranded nine baserunners.

The ACC Tigers jumped out to a 1-0 lead in the first inning. Garrick Evans walked, stole second, then advanced home after a throwing error by Auburn third baseman Josh Sullivan. Auburn had two errors in the first inning, after only one in the entire series. However, Clemson left two on base to end the threat. Clemson added another run in the second, after Evans beat out a slow roller to third base. His hit brought in Russell Triplett from third base.

Auburn tied the game at 2-2 in the third. Mike Hnytka walked, advanced to second on a balk, moved to third on a single, and then scored on a sacrifice fly by Ben Sprague. Then, Auburn added its second run of the inning as Tug Hulett singled up the middle to plate Clete Thomas.

Auburn put together a five-run fourth inning to take the lead. Thomas and Sprague both hit doubles to right field to plate three Tiger baserunners. Then, Josh Bell hit a single through the right side to score Sprague. Hulett scored again after a pair of errors by Clemson’s infielders.

Clemson trimmed the lead to 7-3 after Brad McCann hit a sacrifice fly to centerfield, scoring Evans from third base. But the Tigers left two men on base for the third time in the ball game. Auburn made it 8-3 in the sixth after Sprague scored on a groundout to second base.

Clemson scored three runs in the bottom of the sixth. Herman Demmink pinch hit with a double, then scored on an infield single by Travis Storrer. With two on, Evans hit a double to right field that scored Demmink. Pinch hitter Zane Green then scored when McCann grounded out to third base.

Auburn tacked on its final run in the ninth. Chuck Jeroloman hit a bloop double to right field, advanced to third on a groundout, then scored on a bad-hop single by Derek Sain.

Clemson next plays host to Coastal Carolina on Tuesday, March 16. First pitch for that ballgame is scheduled for 4:00 PM. The game can be heard live on the radio by tuning into WCCP (104.9 FM) in the Upstate.