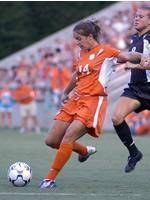 Show your support and pride by attending each One Clemson…Solid Orange event for the 2004-2005 season.