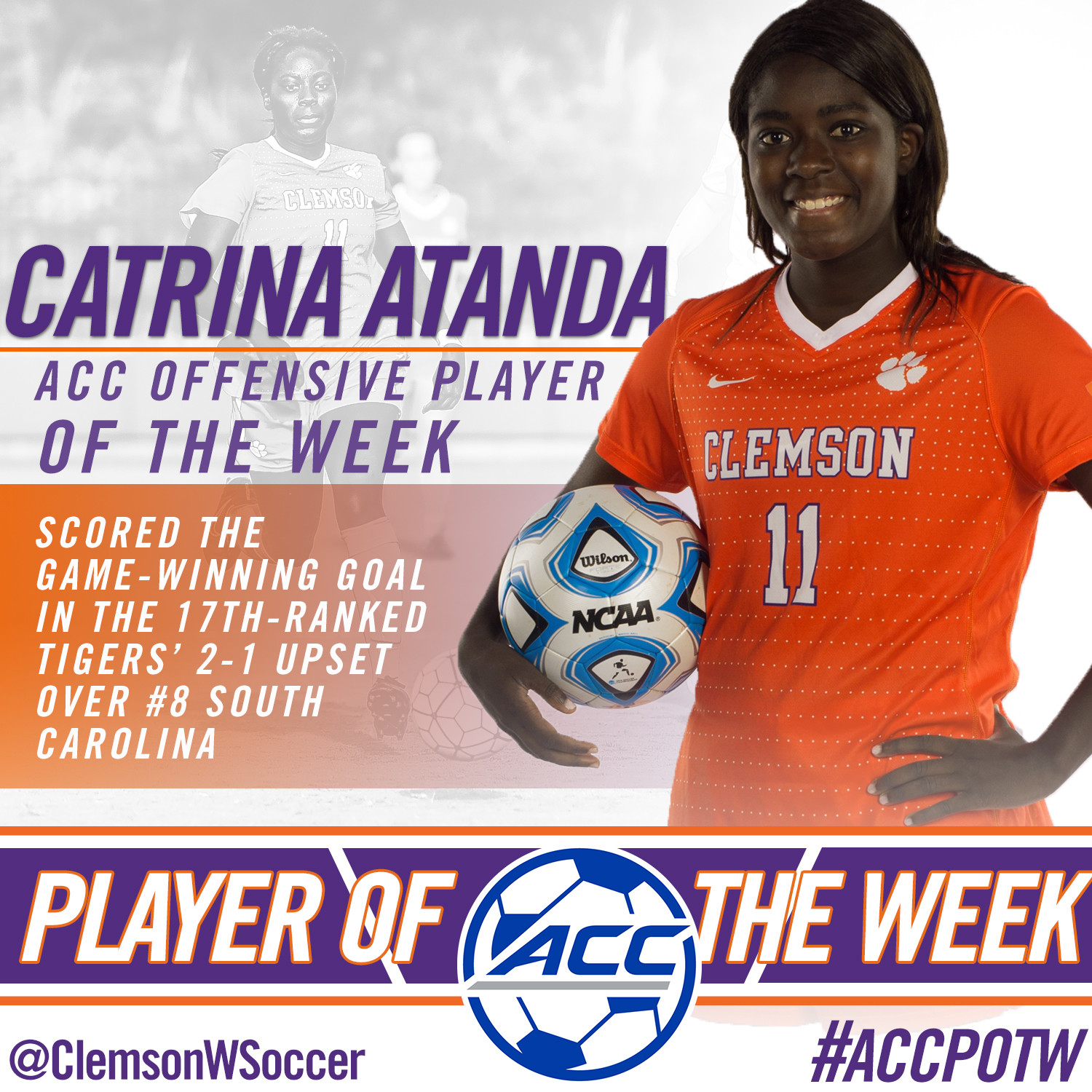 Junior midfielder Catrina Atanda has been named the Atlantic Coast Conference Women’s Soccer Offensive Player of the Week and junior defender Claire Wagner was named to TopDrawerSoccer.com’s Team of the Week.

Atanda scored the game-winning goal in the 17th-ranked Tigers’ 2-1 upset over No. 8/9 South Carolina on Friday. Her goal in the 16th minute was her first of the season after she led the team in scoring last year. Less than two minutes after Shannon Horgan found the back of the net to knot the score, 1-1, Atanda chipped the ball over the South Carolina keeper’s head for the opportunistic game winner. Clemson’s victory over the Gamecocks was also the first win against South Carolina in the Certified SC Grown Palmetto Series for 2015-16.

Wagner played all 180 minutes this past week including 90 minutes in #17 Clemson’s 2-1 upset over #8 South Carolina on Friday, Aug. 28. Wagner helped hold the Gamecocks to one goal in the contest, after they averaged 3.0 goals per game in their first two games of the year. On Sunday, Aug. 30, Wagner again played all 90 minutes in the Tigers’ 2-1 win over UNC Wilmington, and also contributed on offense, scoring the game-tying goal in the 62nd minute and assisting on Clemson’s game-winning goal in the 79th minute.