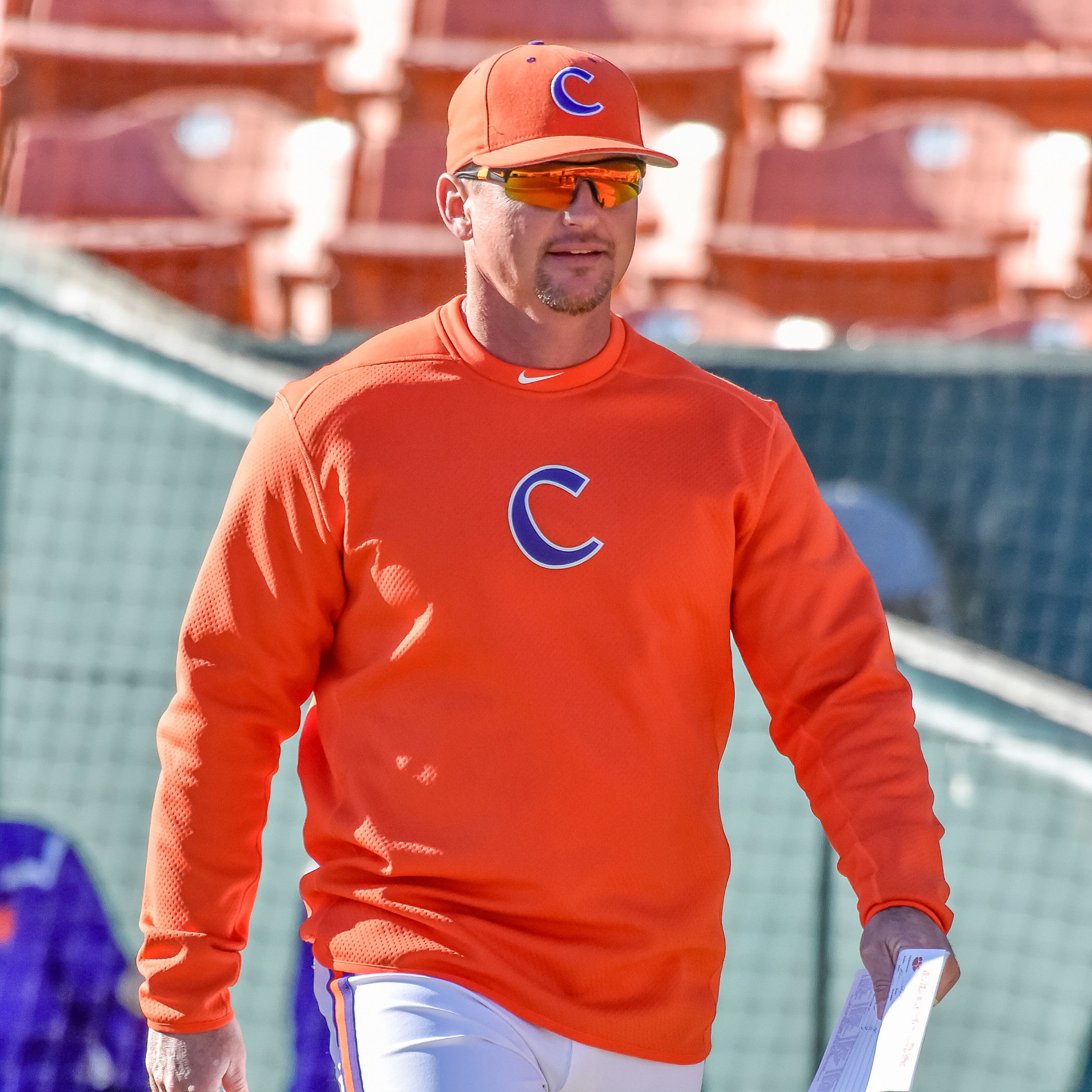 Clemson baseball has been near unstoppable since opening day.

After outscoring opponents 55-10 in five consecutive wins, including a sweep of James Madison this past weekend, head coach Monte Lee has been impressed with what he has seen from his squad in all aspects of the game.

“We’ve been very balanced,” said Lee. “We’ve pitched well, we’ve hit well, we’ve played good defensively and run the bases well. It’s still early in the year, but overall, I don’t know if I could’ve asked for more consistent baseball than we’ve played through two weekends. I’ve been very, very pleased. Our demeanor has been calm and relaxed in the dugout…very confident.”

That confidence is something Lee said plays hand-in-hand with his desire for the dugout to be loose. He wants to make sure he helps to foster both among his players, especially with the season starting to heat up.

“The one thing I never want to do as a head coach is take a player’s confidence,” said Lee. “I want my players confident, even when they’re struggling. This game will beat you up enough based on just playing it. It’s a hard game for hard men…that’s the best way I can describe the game of baseball.

“You have to be able to deal with failure day in and day out. You’re going to strike out, you’re going to hit into double plays, you’re going to make errors. The tougher you are mentally and are able to handle that failure is what’s going to define you as a player. That’s how you become a consistent player.

“I never want to do anything that would take a player’s confidence. I just want our guys to be confident. I preach to them to keep their heads up and keep playing, even when they have a bad at-bat or make an error.

“I want to be the guy who tries my best to give them confidence. If I’m loose and having fun and calm in the dugout, I think it helps your players. I try my best to keep them loose and confident, and if I can do that, they tend to play at their best. That’s my job.”

Lee has had the chance to build that confidence in quite a few of his players so far, as the high-scoring nature of games has allowed him to let the majority of the roster see action. Many freshmen have gotten the opportunity to get their first tastes of college ball, including righthander Brooks Crawford, who pitched 2.2 hitless and scoreless innings on Sunday to earn the win.

“Games like this can bump your confidence up a whole lot,” stated Crawford. “It helps you be ready for tough games like Wofford on Tuesday, South Carolina this weekend and ACC games coming up.”

The importance of looseness and confidence is not lost on veterans, either, and left-fielder Reed Rohlman expressed that the sweep provided a significant boost for the upcoming week.

“Winning the series is great, but where we needed to take a big jump was to win the third game when we’ve already won the series,” said Rohlman. “That really shows how focused we were, especially with the big week coming up. This is a big step for us to have all three games go our way and stay focused all weekend.”