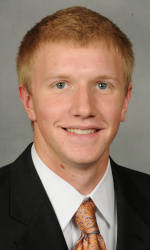 Smith scored a career-high 26 points in the Tigers’ overtime victory over Southern Illinois in the Diamond Head Classic in Honolulu, HI on Friday. It was the highest point total by any Tiger under second-year Head Coach Demontez Stitt against North Carolina last season in the ACC Tournament.

Smith’s 26 points were the most by a Clemson player since Trevor Booker scored 31 against Western Carolina on Dec. 22, 2009. Smith scored on a four-point play at the 12:22 mark of the second half. It was Clemson’s first four-point play since 2008-09 when Terrence Oglesby did it at Boston College in a win.