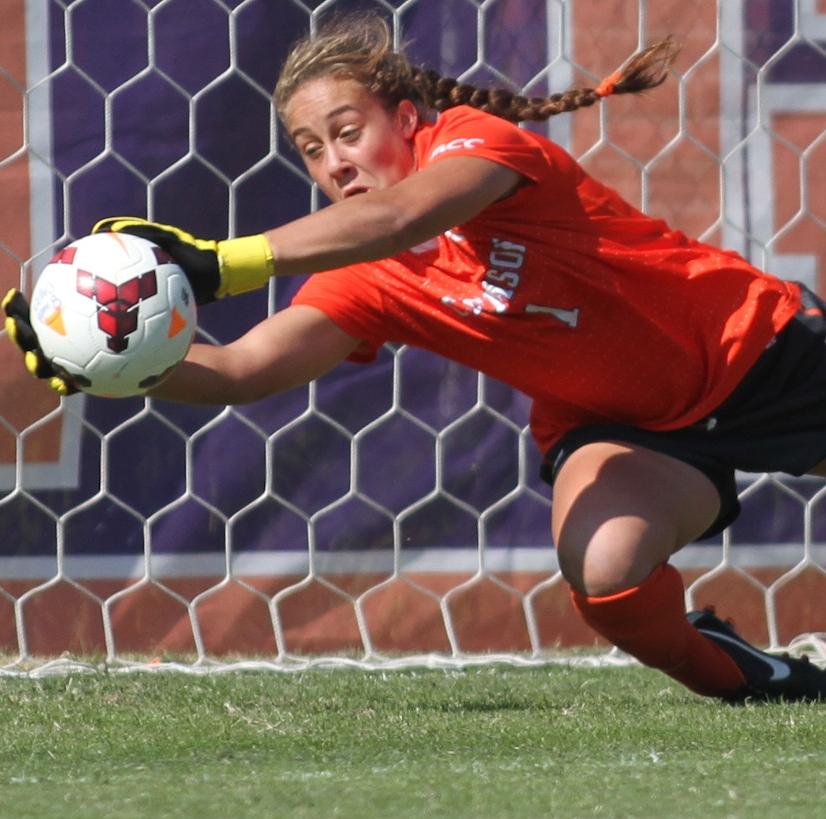 After helping to lead Clemson to its first berth in the NCAA Women’s Soccer Tournament since 2007, sophomore goalkeeper Kailen Sheridan was named to the NSCAA All-Southeast Region First Team as announced by the association earlier this week. Sheridan started 18 games in goal for the Tigers and recorded a 0.56 goals-against average in 2014, which ranked 11th nationally. Sheridan allowed only 10 goals while recording 40 saves. Earlier this year, Sheridan was named First Team All-ACC and was named to the College Sports Madness All-ACC Second Team.