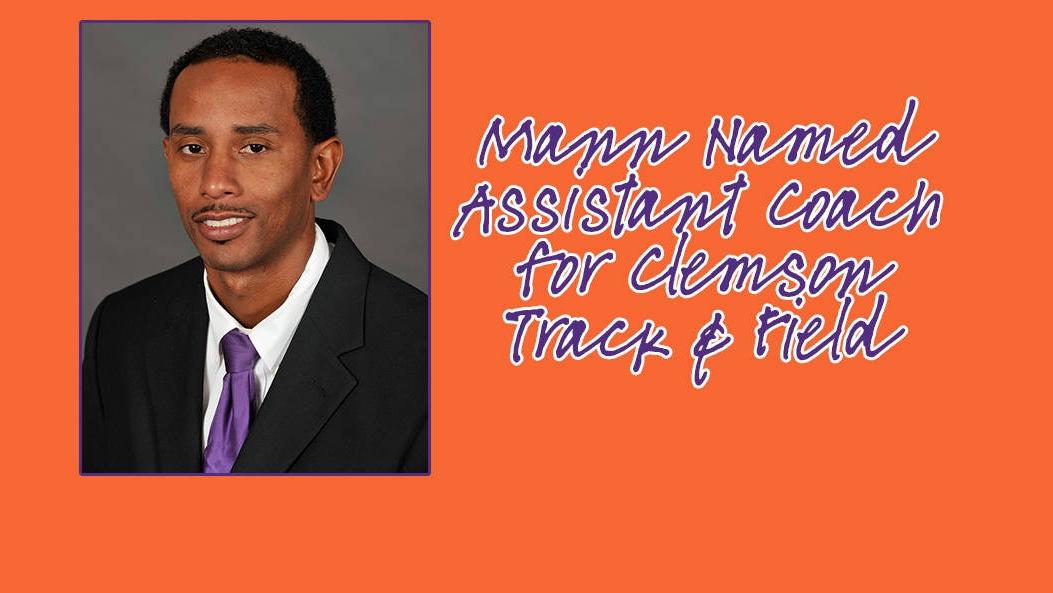 CLEMSON, SC – Adrain Mann has been added to Clemson’s track & field coaching staff.  Director of Track & Field Lawrence Johnson made the announcement Monday. Mann, a former All-American at the University of Florida and most recently a volunteer assistant with LSU track & field, will assist in the instruction of Clemson’s sprinters and hurdlers. “I’ve noticed Adrain the last few years as he has volunteered with the LSU program,” Johnson said.  “He’s hard-working and knowledgeable about sprinting and hurdling.  I’ve been impressed with the sacrifices he has made to be a college coach.  He can use his experiences to help us keep the program moving in an upward direction.  He has a lot to offer to our student-athletes, and we’re excited to have him around.” Mann joins the Tiger staff after spending the last five seasons as a volunteer assistant under Dennis Shaver at LSU.  During this stretch, LSU won a pair of NCAA Championships in women’s outdoor track & field, 2008 and 2012.  In five indoor and outdoor seasons with Mann as a volunteer, the Tigers finished no worse than sixth at an NCAA national meet.  The LSU men’s program also finished no worse than sixth, with runner-up NCAA finishes in 2008 and 2012. Mann was a five-time All-American hurdler at the University of Florida from 1996-2000.  He earned a pair of individual All-America honors in the 400 hurdles, finishing as high as fifth at the 2000 outdoor meet. He still ranks sixth on the school’s all-time performance list in the 400 hurdles with a personal best 49.68 at the 2000 Reebok Invitational in Atlanta, GA.  In 2000, his performance helped the Gators to a fourth-place team finish at the NCAA Outdoor Championships in Durham, NC.  He went on to compete in the 400 hurdles in the U.S. Olympic Trials that year. He was also a member of three All-America 4×400 relays with the Gators, including both seasons in 1998.  He helped the 4×4 to an SEC Championship during the 1998 indoor season as well. He earned a bachelor’s degree in computer science from Florida in 2001. Prior to his time in Gainesville, he was a three-time state champion in the 300 hurdles at Wolfson High School in Jacksonville.  He led Wolfson to the 1996 state championship.  Mann, 34, holds a Level II coaching certification from USA Track & Field.