On behalf of ESPN and the ACC

ACCN will exclusively televise 62 field hockey, women’s soccer and volleyball games in its debut year – representing a 90 percent increase in the number of ACC women’s events available on an ESPN linear network over last year and the most live, national coverage of ACC women’s fall sports ever.

The 62 regular season and tournament games on ACCN: 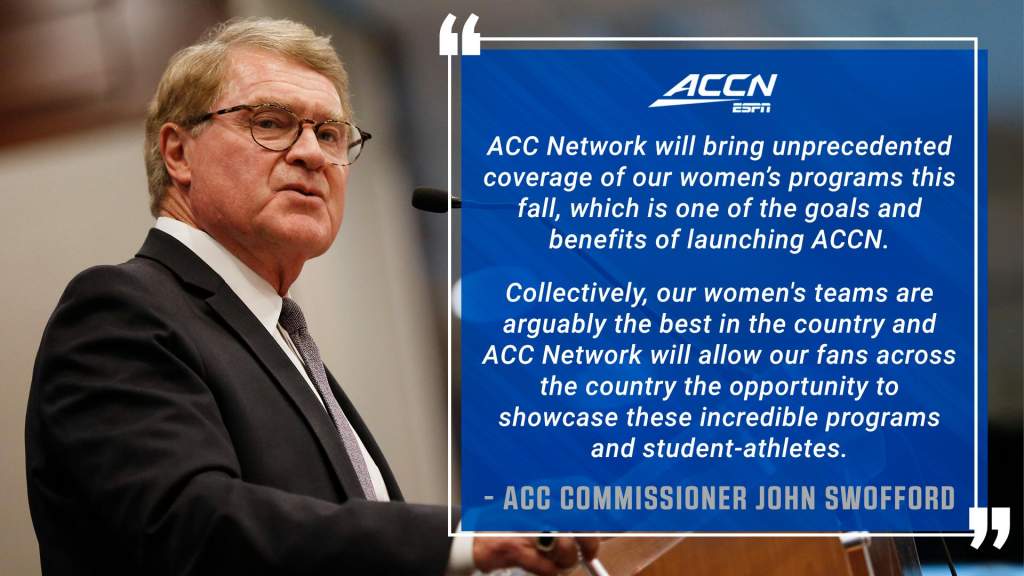 “ACC Network will bring unprecedented coverage of our women’s programs this fall, which is one of the goals and benefits of launching ACCN,” said ACC Commissioner John Swofford. “Collectively, our women’s teams are arguably the best in the country and ACC Network will allow our fans across the country the opportunity to showcase these incredible programs and student-athletes.”

“As we roll out the women’s sports programming fall schedule for ACCN, we’re thrilled to showcase all ACC programs including the reigning NCAA champions in women’s soccer and field hockey. Women’s sports exposure is a priority for the conference, and ACCN will elevate access to them by providing unprecedented national coverage throughout the regular season as well as conference championships,” said Stacie McCollum, ESPN senior director of programming and acquisitions.

Volleyball and women’s soccer will each have a dedicated night of live programming each week with volleyball airing on Wednesdays, and women’s soccer Thursdays throughout the regular season, with additional matches on Sundays. ACC field hockey games will be showcased on Fridays and Sundays throughout the fall. ACCN will also televise the preliminary rounds and final of the ACC Field Hockey Championship, as well as the quarterfinals and semifinals of the ACC Women’s Soccer Championship.

Technology and innovation will be at the forefront of ACCN’s coverage of women’s soccer as telecasts will feature ESPN’s exclusive “Keeper Cam” goal post camera system currently used on ESPN’s Major League Soccer productions. The technology utilizes cameras mounted inside the goal posts at both the four-inch and two-and one-half inch heights to provide unique views of the area in front of the goal, as well as straight down the goal line. The ACC will be the first and only collegiate conference to deploy the camera system.

“ACC women’s soccer has consistently been a national powerhouse, and has been the home for so many that have competed at the highest levels for club and country,” said Amy Rosenfeld, ACCN senior coordinating producer. “This legacy of great soccer deserves the best technology we can offer. We are so excited to debut “Keeper Cam” on women’s soccer coverage for the first time in history, exclusively on ACCN.” 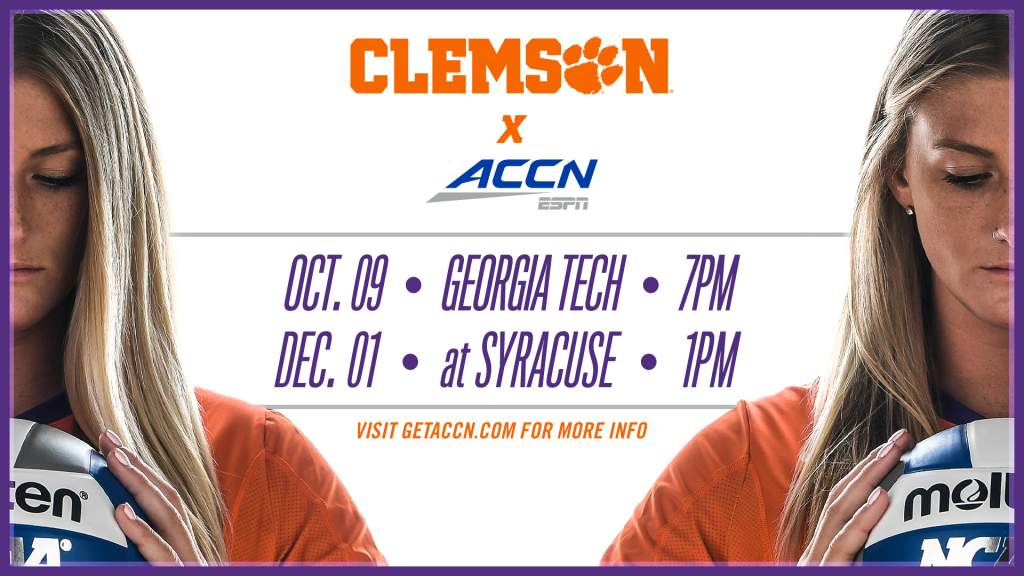 Owned and operated by ESPN in partnership with the Atlantic Coast Conference, ACC Network (ACCN) is a new 24/7 national network dedicated to ACC sports set to launch August 22, 2019. Approximately 450 live contests including 40 regular-season football games, 150 men’s and women’s basketball games, and 200 other regular-season competitions and tournament games from across the conference’s 27 sponsored sports will be televised annually, plus a complement of news and information shows and original programming. Together, the ACCN and its digital platform, ACC Network Extra (ACCNE), will feature 1,350 ACC events in its first year. ESPN has been televising ACC content since 1979 and has exclusive rights to every conference-controlled game across all sports and championships.

*Carriage agreements are already in place with the following video providers: Altice, DIRECTV, Google Fiber, Hulu Live TV, Optimum, PlayStation Vue, Suddenlink, TVision and Verizon Fios, among others. All ACCN games will also be available on the ESPN App to authenticated cable subscribers. Fans interested in learning more about ACCN can visit www.GetACCN.com.