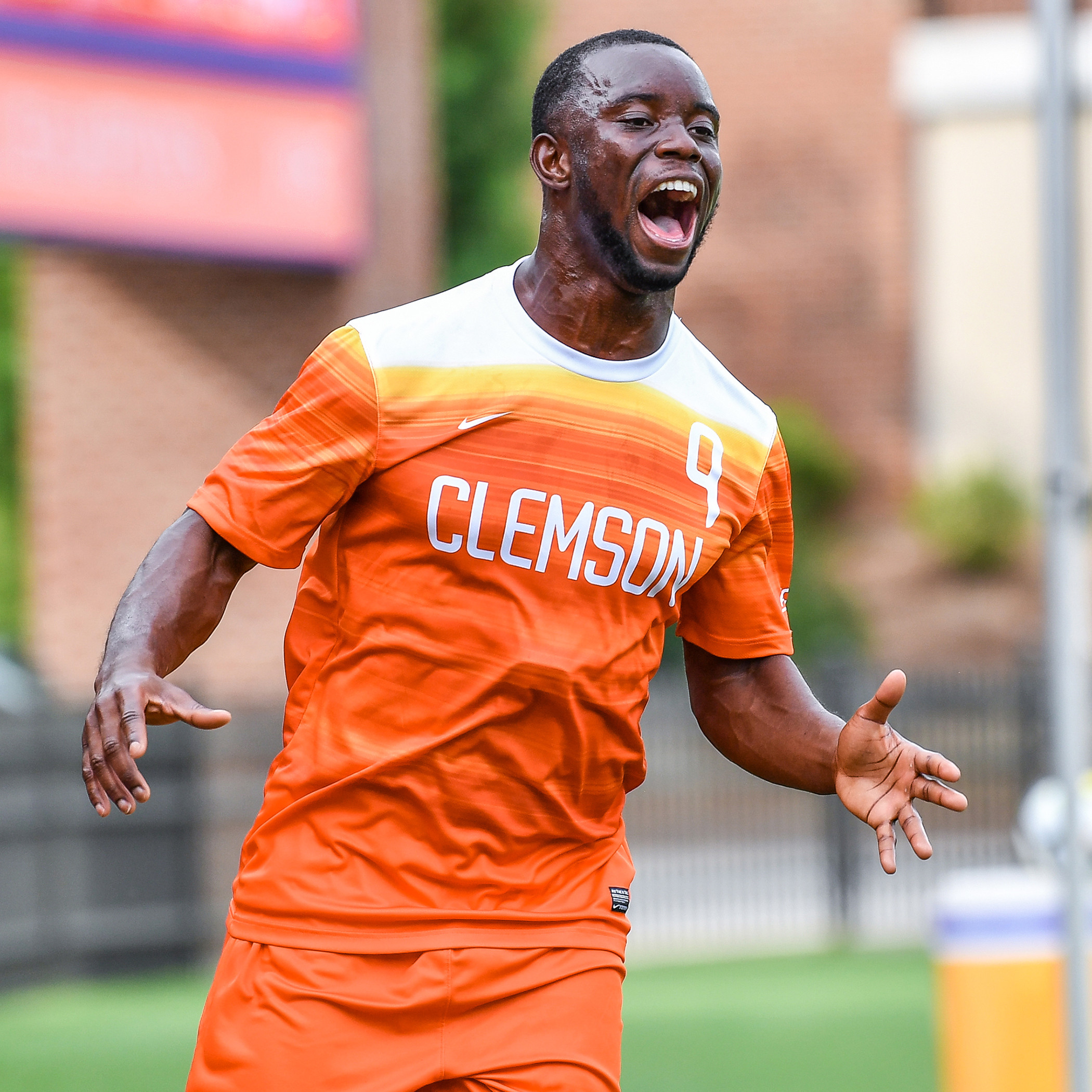 Coming into the 2017 season, the Clemson men’s soccer program had not seen a hat trick since 2012. So Jason Wright, a highly-touted senior transfer from Rutgers who had been having a somewhat surprisingly quiet year, decided to change that in the Tigers’ matchup with Gardner-Webb on Oct. 10. He netted three of the Tigers’ five goals in the match, launching himself into the team lead in that category.

“We know he’s capable of it, and we’ve been waiting for Jason to have that type of game all year,” said head coach Mike Noonan after the match.

Wright had been waiting, too.

A native of Kingston, Jamaica, Wright grew up playing soccer as a community activity, and his prodigious talent allowed him to play with much older players at a young age.

“Back home in Jamaica, soccer is the famous sport. It’s the sport that growing up, every kid wants to play. It was instinctive for me to start playing. From a tender age, I possessed the natural talent…the speed, strength and technical ability to play soccer. I was able to play with older players…men, when I was only six or seven.

“We played small-sided games in the community, and on Sunday mornings, the men would play as a community thing, and even as a youngster, I would go and try to get in on a game. So I would go play with them, and I grew from there, playing every Sunday, until I was able to physically get the idea of the game. I learned how to be strong on the ball and enjoy the game.”

From there, Wright went on to play with his preparatory school and multiple Jamaican national teams, doing what he says he does best…scoring goals.

“I played with the national U17 team, and we achieved a lot there as a country. We went to the World Cup, and we really did the nation proud. I was fortunate to be a part of that. The team scored five goals in World Cup qualifiers, and I had four of them. That was a great milestone and accomplishment for me as a player.”

After he finished his high school career, he found himself with an opportunity to come to the United States for college, and Rutgers was his landing spot for the next three years. He was named unanimous Big Ten Offensive Player-of-the-Year after his sophomore season in 2015, and for his whole career as a Scarlet Knight, he scored 29 goals with 13 assists. Those 71 points left him one point shy of cracking into the top 10 in career points at Rutgers.

“I didn’t even know that I was about to crack into the top until I decided I wanted to leave,” he reflected. “I made the decision to leave to give myself the best opportunity to play at the next level. I felt that Rutgers was a really good school and program, but I would have found it challenging to get to that platform that would give me the exposure that I needed to have the ability to take my career to the next level.

“I was looking into the ACC, and I saw that the competition here is really, really good. I decided that joining this conference would be a challenge for me and allow me to grow, develop and test myself. Fortunately, I was able to get in contact with coach (Mike) Noonan, and I ended up here, which is another platform that is helping me develop as a player.”

Coming to Clemson feels like a storybook ending for Wright’s college career, as he had looked into and been very interested in being a Tiger before the opportunity opened up at Rutgers. The decision to head to the New Jersey school was the right choice for him at the time, but he said that coming down south was ultimately the move he needed.

“Coming here was the best decision I’ve made. I really love it here. I am enjoying every day of the experience. It’s something different that I needed to become a better player and a better person. Here, you get pushed beyond your limits, and as a player, I’m growing up and doing well for myself.

“Naturally, you get complacent, but here, you will constantly be out of your comfort zone. You have to work, compete and prove yourself every day. That’s been really good for me. That’s why I’m loving it. I lose some, but I’m still competing and trying to get better at every aspect of my game.”

Wright has particularly appreciated the Clemson family, even in his short time in Tigertown, and the team chemistry he has felt both on and off the field is something he is not taking for granted.

“It’s an experience that I have truly enjoyed both on the field and off the field. On the field, you learn every day. You compete every day. You have to be your best every day. That, in and of itself, is a challenge that I embrace and am happy to be a part of, because that’s the only way you can grow and develop as a player.

“Off the field, I’ve really enjoyed the company of my teammates. The connection and the effort to be together and unified and embrace relationships within the team is something that I truly appreciate. That’s not common throughout college, and even professional teams.”

Though he has not been on the team as long as the other seniors, Wright’s role in that team family is to lead by a quiet example, combining his laid-back persona with a dedication to excelling in the classroom and on the pitch.

“I think I’m a typical island Jamaican boy who loves to have fun. I’m really cognizant of managing my time and doing well off the field. I like to present myself as a total package, and not just someone who is good on the field.

“I care about the presentation of myself. For sure, I’ll be respectful and I’ll give my best, especially in the classroom, just as I do on the field. On the field, I am a competitor. I don’t like losing. I love winning and achieving.

“I want to win something,” said Wright of his Clemson legacy. “It’s been a while since I’ve won any trophies. I want to be a part of a winning team. It can be anything. I just want to be part of a team that says it’s a champion.”

If his historical performance in early October is any indication of what is to come, he is well on his way.