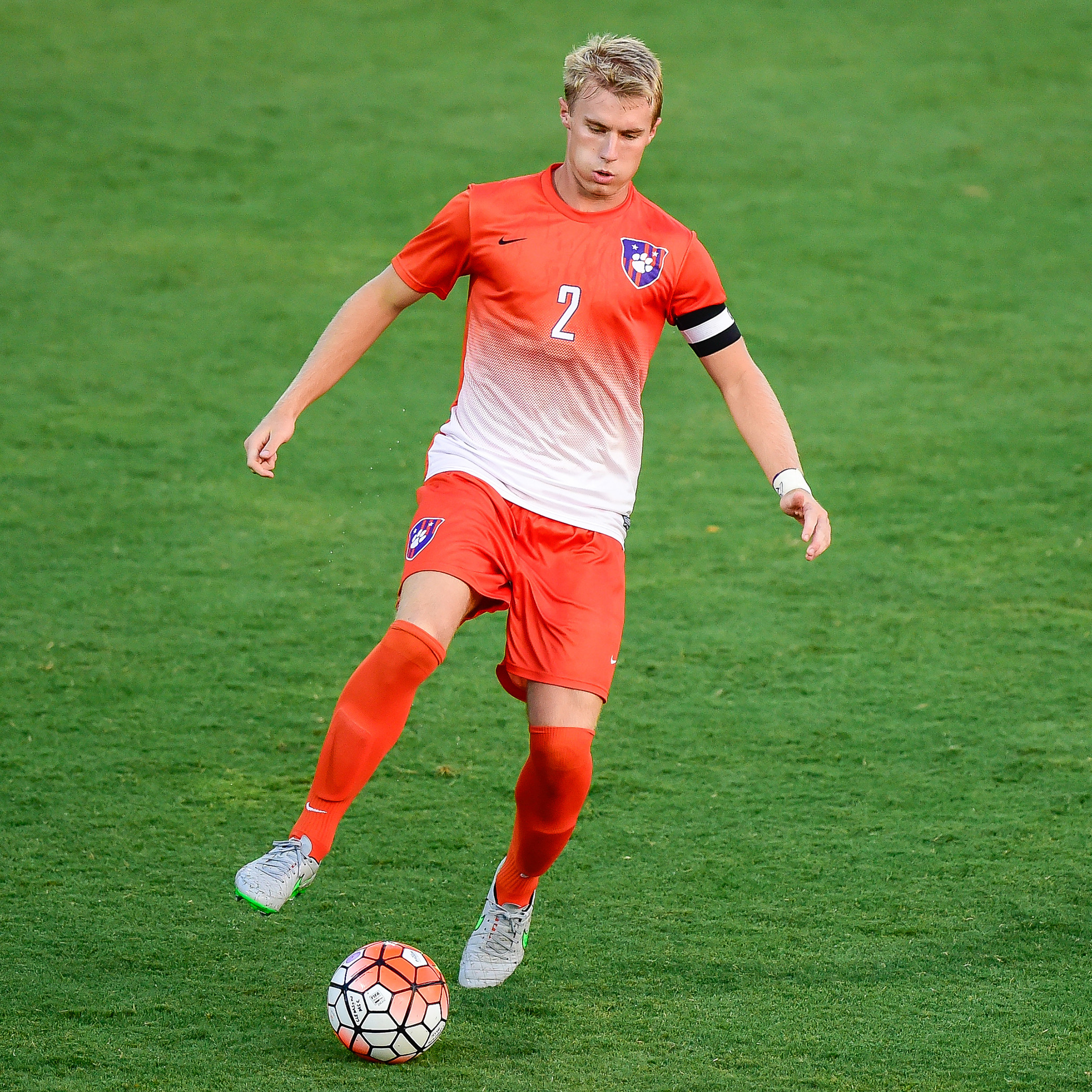 When you watch the Clemson men’s soccer team, you will likely notice one player in particular who plays with a sort of reckless abandon that ignites his teammates. He plays with a sheer determination to get the job done, no matter the cost.

That player, wearing #2, is senior captain Kyle Fisher, a defender from Easley, S.C., who plays along Clemson’s back line.

Fisher has been a cornerstone on the field for Clemson ever since his arrival on campus three years ago. He has started every match of his decorated career and played nearly 6,000 minutes at a position not often recognized.

A casual soccer fan might only notice a defender when he makes a mistake and allows an opposing forward to run by. A defender’s job is, in essence, to be unnoticeable. If he does his job well and prevents the opposing team from scoring, the forwards and midfielders can sneak in and steal the spotlight with a game-winning goal or some other dramatic play.

Entering September, he has scored four game-winning goals in his career. He is one of Clemson’s designated penalty kickers this season, meaning the team and coaching staff trust him to come through when it counts the most.

Fisher’s best weapon is not his foot or even his chest, but his head. Two of the three goals he scored last season came off his head. At any point during a match, you will likely find him airborne with an opposing forward fighting for a ball, which he almost always wins.

His head is good for more than just sending a ball into the net. He is one of the most intelligent players on the pitch at any time, constantly directing his teammates and seeing passing lanes before they open.

In the classroom, Fisher is a management major. He was named to Clemson’s Dean’s List last fall, during Clemson’s run to the ACC Tournament title, for maintaining at least a 3.5 GPA. He contributed to helping the squad set a GPA record in both the fall and spring semesters last season.

Coming out of nearby Wren High School, Fisher had his choice of schools. Clemson was the local option, but it was more than that that drew him to Tigertown.

“Coach Noonan and I connected right away,” stated Fisher. “His drive and his competitive edge really appealed to me, and I thought my playing style would be a good fit here.

“What really sets Clemson apart from other schools is that the coaching staff here really cares about each guy’s development, on and off the field. Coach Noonan wants you to become the best soccer player you can, but he also wants you to be successful in life after soccer. He works every day to prepare us for that, and the results speak for themselves.”

Fisher hopes to join many of his former teammates in success after Clemson. Four players from last season’s ACC Tournament championship team are now on professional rosters, including his running mate on the back line, Phanuel Kavita. Two more players have entered the professional world, with one headed to medical school and the other working for an agency.

But before any of that, Fisher has a full season ahead of him, and he is determined to get the job done in his final year in a Tiger uniform.

“We got a taste of a championship last season, but now we want something more, something bigger.”