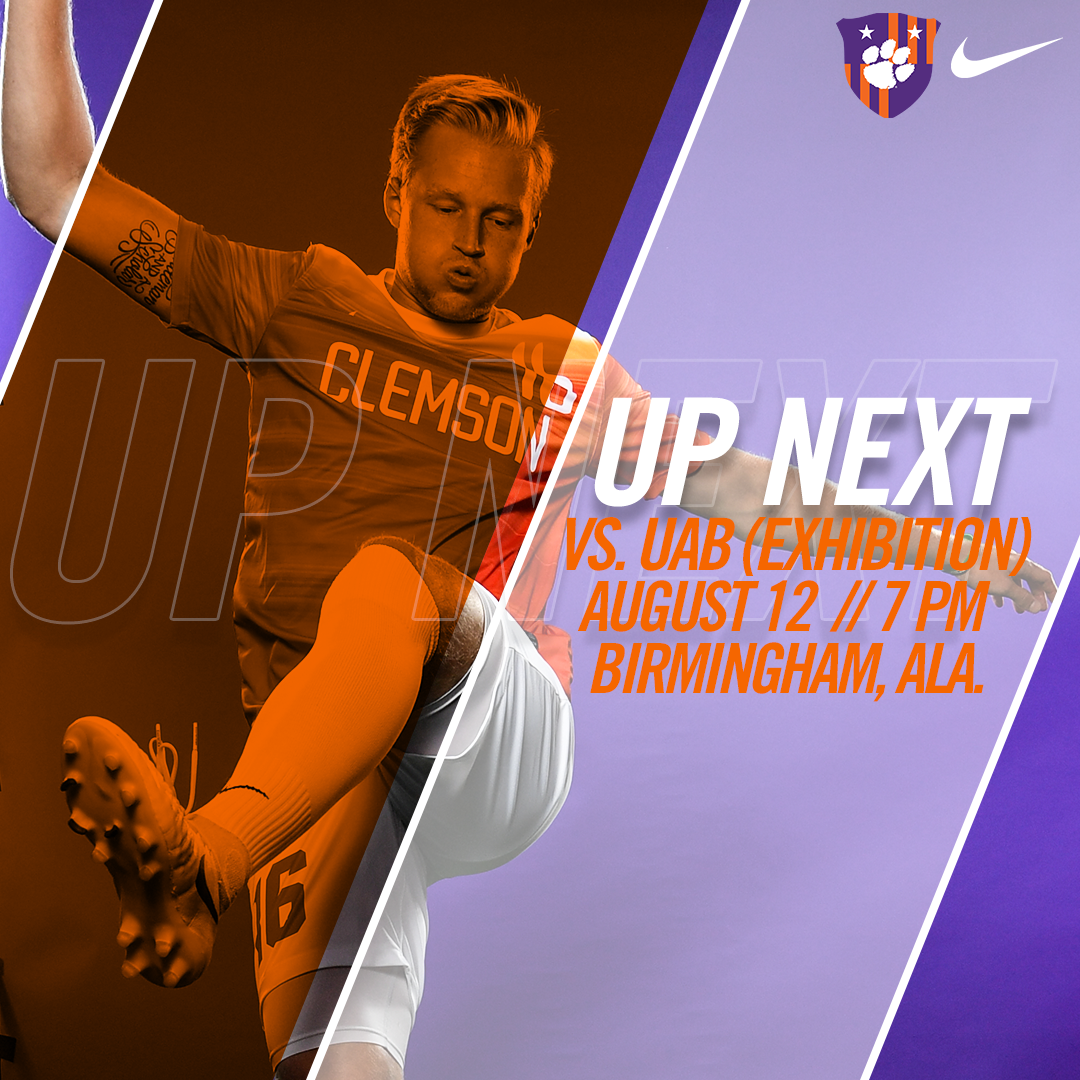 #5 Tigers Travel to UAB for Exhibition

CLEMSON, S.C. – The Clemson men’s soccer team, ranked fifth nationally by the United Soccer Coaches, will play in their first exhibition match of the 2017 preseason tomorrow night against the UAB Blazers in Birmingham, Ala. The match will begin at 7 p.m. eastern time, 6 p.m. central time.

Clemson’s 2016 slate, awarded the No. 1 RPI, resulted in a 14-4-5 overall record, a 4-1-3 record in the ACC, and saw the Tigers go to the ACC Championship game and their second straight Elite Eight. Following the exhibition with UAB, Clemson will have two more exhibitions, one at home against Coastal Carolina and one on the road at Virginia Tech, before opening the regular season on Aug. 24 against Cal. State Fullerton at Historic Riggs Field.

The Blazers ended the 2016 season with a 6-9-3 overall record and finished tied for sixth in Conference USA with a 2-5-1 record in conference play. Saturday’s exhibition will also be UAB’s first of this year’s preseason, and the Blazers have two more scheduled before they start the 2017 regular season on the road at Memphis on Aug. 27.