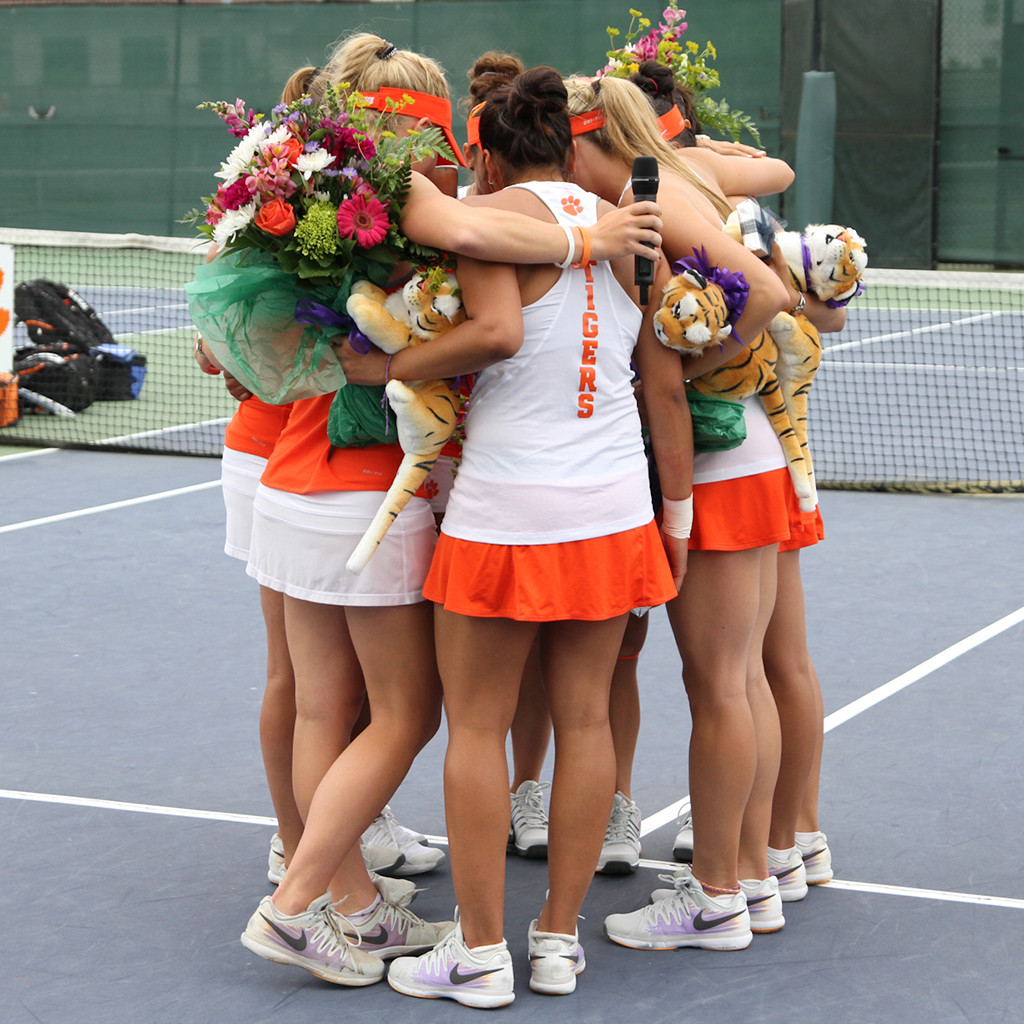 WACO, TEXAS – The 21st-ranked Clemson women’s tennis team’s season came to an end in the NCAA Round of 16 against the No. 4-national seed Vanderbilt on Friday night in Waco, Texas. The match between the Tigers and Commodores was originally scheduled to begin at 4 p.m. CT at the Hurd Tennis Center on the campus of Baylor University, but due to inclement weather, the match was moved indoors to the Hawkins Indoor Tennis Center and the first ball was not served until 8:30 p.m. CT.

Doubles play was extremely close, but the Commodores secured the point with 8-6 wins at No. 1 and No. 3. At No. 1, fourth-ranked Beatrice Gumulya and Jessy Rompies got out to a quick start, opening the match with a 4-2 lead, before Vanderbilt’s 20th-ranked team of Campbell and Colton started their comeback, ultimately winning 8-6. Joana Eidukonyte and Daniela Ruiz traded points back-and-forth with Altick and Casares at No. 3, but the Vanderbilt pair took a lead at 6-5 and went on to win 8-6. Romy Koelzer and Yuilynn Miao started out their No. 2 doubles match with a 1-5 deficit to 18th-ranked Antal and Sharma, before beginning an impressive comeback run that led them to take a 7-6 lead before play was halted.

Vanderbilt’s five players ranked in the top 125 nationally proved to be too much for the Tigers in singles play. At No. 1, Koelzer, ranked 36th nationally, faced the eighth-ranked singles player in the nation in Sydney Campbell, falling 6-3, 6-1. Miao and Dewar then dropped their matches at No. 6 and No. 5 singles, respectively, which clinched the 4-0 win for the Commodores. Eidukonyte was the only Tiger to win her first set against Vanderbilt, as she was leading 6-4, 0-0 when the match ended.

The Tigers conclude the season with an 18-10 overall record. All 10 of the team’s losses came to top-25 opponents, including seven of the 10 to teams ranked in the top 10 in the nation. Four members of the Clemson team will remain in Waco for the NCAA Singles & Doubles Championships, which begin on Wednesday, May 20. Eidukonyte and Koelzer will compete for the Tigers in the singles draw, while Gumulya and Rompies are the No. 4-national seed in the doubles tournament.

On the match results…“It was really a close match. I thought a key was No. 1 doubles being down 4-1 and turning it around. The momentum switched. We were in good shape at No. 2 and that match turned for them. It came down to No. 3 and I thought they did a really good job. That is a superb Clemson team. They are hot and have been. We knew they were way better than their ranking and I respect their coach very much. It is a quality win.”

On the match results…“We had opportunities that we were just not able to capitalize on. Hats off to Vanderbilt, they did a beautiful job and played so solidly and aggressively. That was the difference. They were more aggressive than we were. They were more solid in big situations and it ultimately came down to that. We had opportunities. We just did not capitalize. Again, they just played a great match and that is why they are the four seed.”