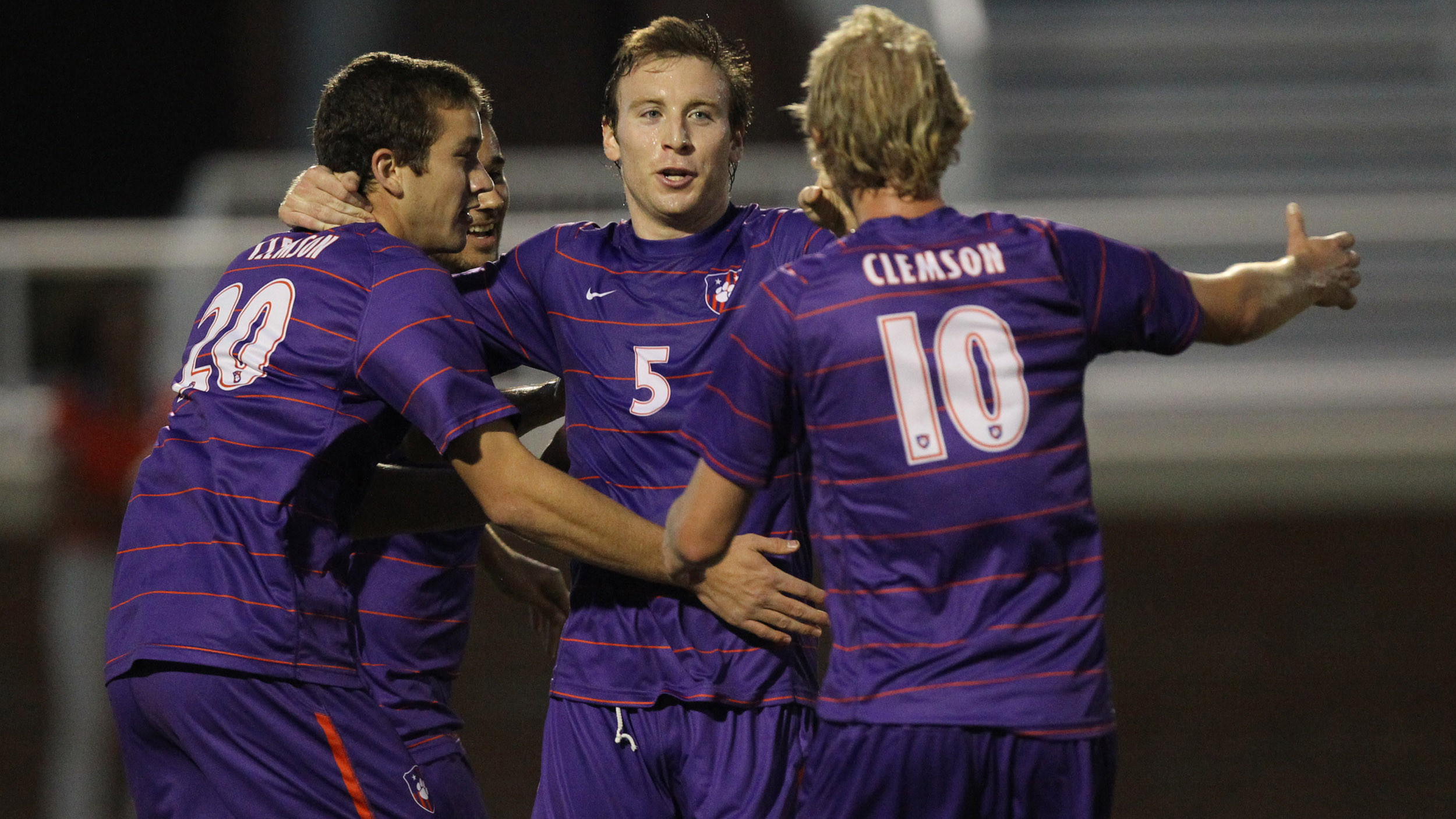 CLEMSON, SC – Thomas McNamara and Manolo Sanchez both scored goals in leading fourth-ranked Clemson to a 2-0 victory over UNC-Greensboro in a men’s intercollegiate soccer match at Clemson, SC Tuesday night.

Going into tonight’s action, Clemson was one of five teams in the country remaining that has an unbeaten and untied record.

With the win, Clemson improves to 6-0 on the season, while UNC-Greensboro falls to 3-3 this season.  The Tigers are off to their best start since the 2006 season.

The Tigers have given up only one goal in the first six games of the season.  The Tigers have not been scored on in the last 407 minutes and 11 seconds of play.  South Carolina scored on the Tigers in the second half of the Tigers’ 2-1 victory on September 2, for the only tally allowed by the Clemson defense.  Defense has proved to be a staple for the Tigers’ this season.

“We got the result, but it’s not the performance we wanted,” said Clemson defender Phanuel Kavita.  “We take a lot of pride in our role.  We talk to each other, and we know each other well.  We have been together as a group for two years and that helps a great deal.  It’s a great feeling when you work hard and that hard work is paying off and helping the team,” said Kavita.

McNamara scored first for the Tigers late in the first half on a penalty kick.  Clemson’s Bobby Belair was brought down in the box by the Spartans’ Hugo Coicaud as Belair was driving in the left side.  McNamara converted on the penalty kick as his shot went in the upper-center part of the goal over the Spartan’s keeper Stephen Moffitt.

McNamara is the Tigers’ leading scorer as he now has five goals and two assists for 12 points.  The Tigers went into the locker room with a 1-0 lead at the half.

UNC-Greensboro had its best chance in tying the score with 37:25 left in regulation.  David Reittinger took a diagonal shot from 12 yards out towards the right post.  Kavita was there to stop the shot as he dove and headed the ball out of danger preserving Clemson’s 1-0 advantage.

Clemson scored with 20 minutes left in the match.  Paul Clowes sent a diagonal pass from the left center of the field springing Manolo Sanchez.  Sanchez drove in the box on the right side, and he sent a diagonal shot from 12 yards out into the left corner of the netting for his third goal of the year.

The Tigers came close in adding their third goal of the evening.  Sanchez again took a shot from close range with 8:02 remaining but UNC-Greensboro’s Noah DeAngelo knocked the ball away and out of danger.

The Tigers threatened again late in the game as Clemson’s Jack Metcalf was driving in the box and he sent a severe-angled shot from 14 yards out toward the goal but the shot was saved by Moffitt.

“I am happy where we are, and its so nice to be able to win a game and still see significant areas where we can improve” said Clemson Head Coach Mike Noonan.  “I am happy for the team.  I thought Andrew Tarbell did a great job in goal.  Alex Stockinger, Jack Metcalf, Kyle Fisher, and Phanuel Kavita all played well tonight.  Sanchez scored a good goal to seal the win for us.  I think our defense is playing well and they are organized.  We will work hard the rest of the week and prepare for Maryland.”

Clemson will play host to Maryland Saturday night at 7:00 p.m. in the Tigers’ next action.