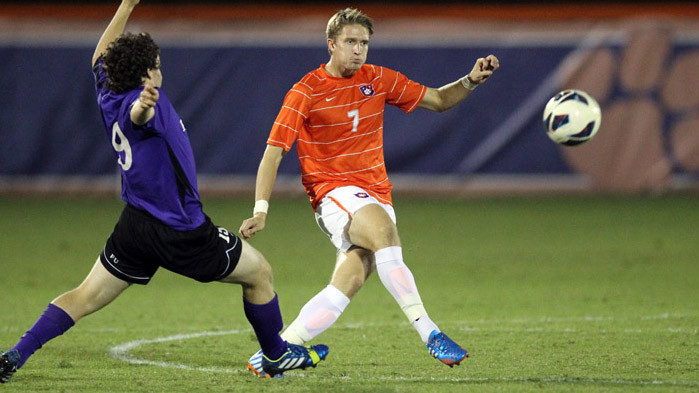 Clemson will enter the match with a 10-5-2 record overall and a 5-3-2 mark in the ACC.  With a victory, Clemson will play host to an Atlantic Coast Conference quarterfinal round match on Tuesday at Historic Riggs Field.  The top four seeds in the ACC play at home in the quarterfinal round.  Friday’s match is the last regular season match for the Tigers.

Clemson is led in scoring by Thomas McNamara.  He has seven goals and seven assists for 21 points this season.  Ara Amirkhanian has six goals and two assists for 14 points.

Duke has a 7-4-6 record overall.  Brody Huitema and Sean Davis both have six goals and three assists each for 15 points.  The Blue Devils are unbeaten in their last seven matches with a 3-0-4 record.  Duke defeated Pittsburgh 3-0 last Saturday night.

Clemson will honor four student-athletes who are in their last year of playing for the Tigers.  The four Tigers are McNamara, Jack Metcalf, Wes Nelson and Alex Stockinger.

This will be the 54th meeting between Clemson and Duke on the soccer field.  Duke leads the overall series 25-23-5.

As an added feature, free tumbler mugs and hot chocolate will be given away to the first 500 fans.

Also both the Clemson men’s and women’s soccer teams will present funds they have raised this past year to the Red Card Cancer organization.