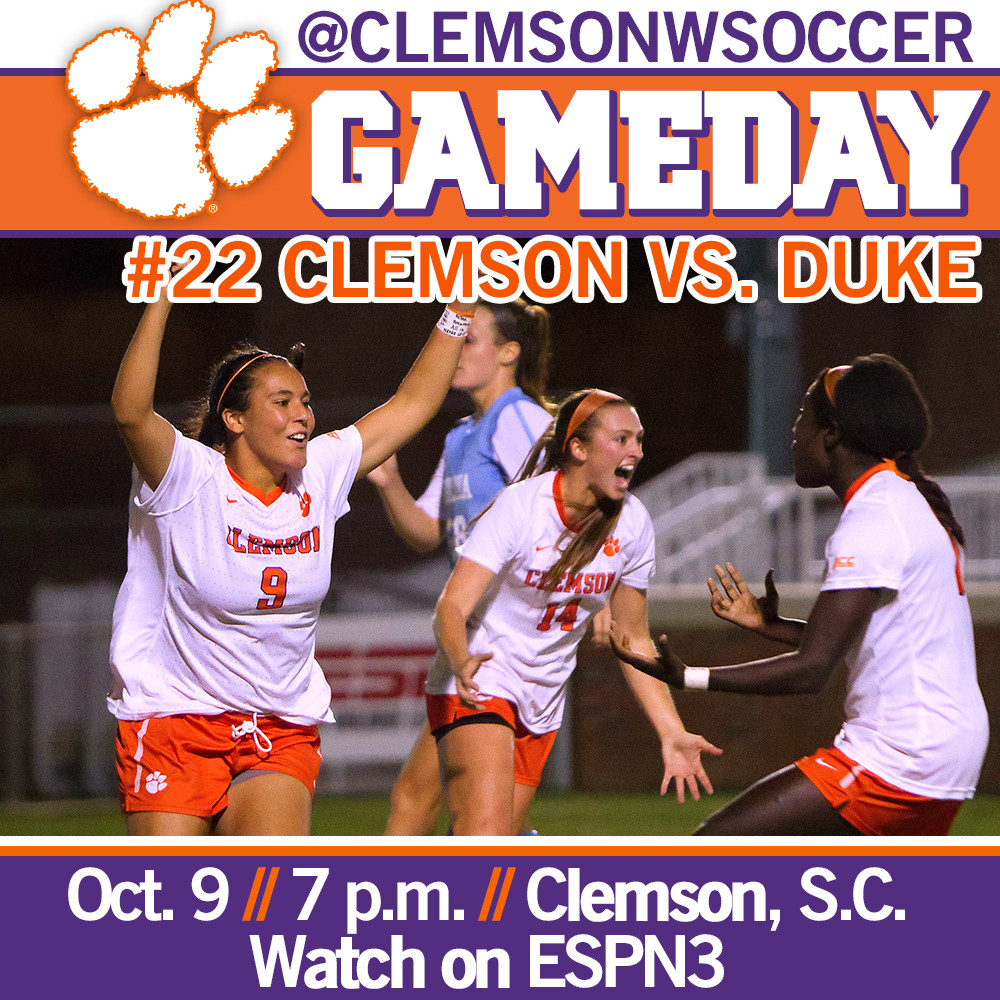 NOTE: The game entered a weather delay at 7:50 p.m. The estimated time for the teams to return to the field to begin warming up is 9:30 p.m. The game will restart at 9:45 p.m. Clemson currently leads 1-0 at the half, on a goal by sophomore midfielder Catrina Atanda.

The Tigers are 8-2-2 on the season and 1-2-1 in the ACC, most recently tying Wake Forest 1-1 on Oct. 4 in Winston-Salem. Clemson began the ACC slate 0-2 but rebounded to defeat Boston College (1-0) on the road, followed by the tie against the Demon Deacons.

The Tigers are led in scoring by Catrina Atanda with five goals and one assist for 11 points. The sophomore midfielder scored the lone goal in the Tigers’ tie at Wake Forest. Four Tigers have at least 10 points on the season and 12 different Tigers have scored at least one goal. Freshman forward Shannon Horgan leads the team and is tied for third in the ACC with six assists on the season. Sophomore goalkeeper Kailen Sheridan leads Clemson in goal with 27 saves and just eight goals allowed in over 953 minutes played.

The Blue Devils are 6-5-1 on the year and 2-1-1 in conference play. Duke is coming off of a scoreless double overtime draw against Louisville. Sophomore Tori Payne leads the team with four goals, four assists and 12 points. Redshirt junior Ali Kershner leads the Blue Devils in goal with over 867 minutes played, 23 saves and seven goals allowed.

The all-time series between the Tigers and Blue Devils is tied at 11-11-1. In games played at Historic Riggs Field, Clemson leads 6-4-1. In the most recent meeting between the teams in 2013 in Clemson, the game ended in a scoreless tie.