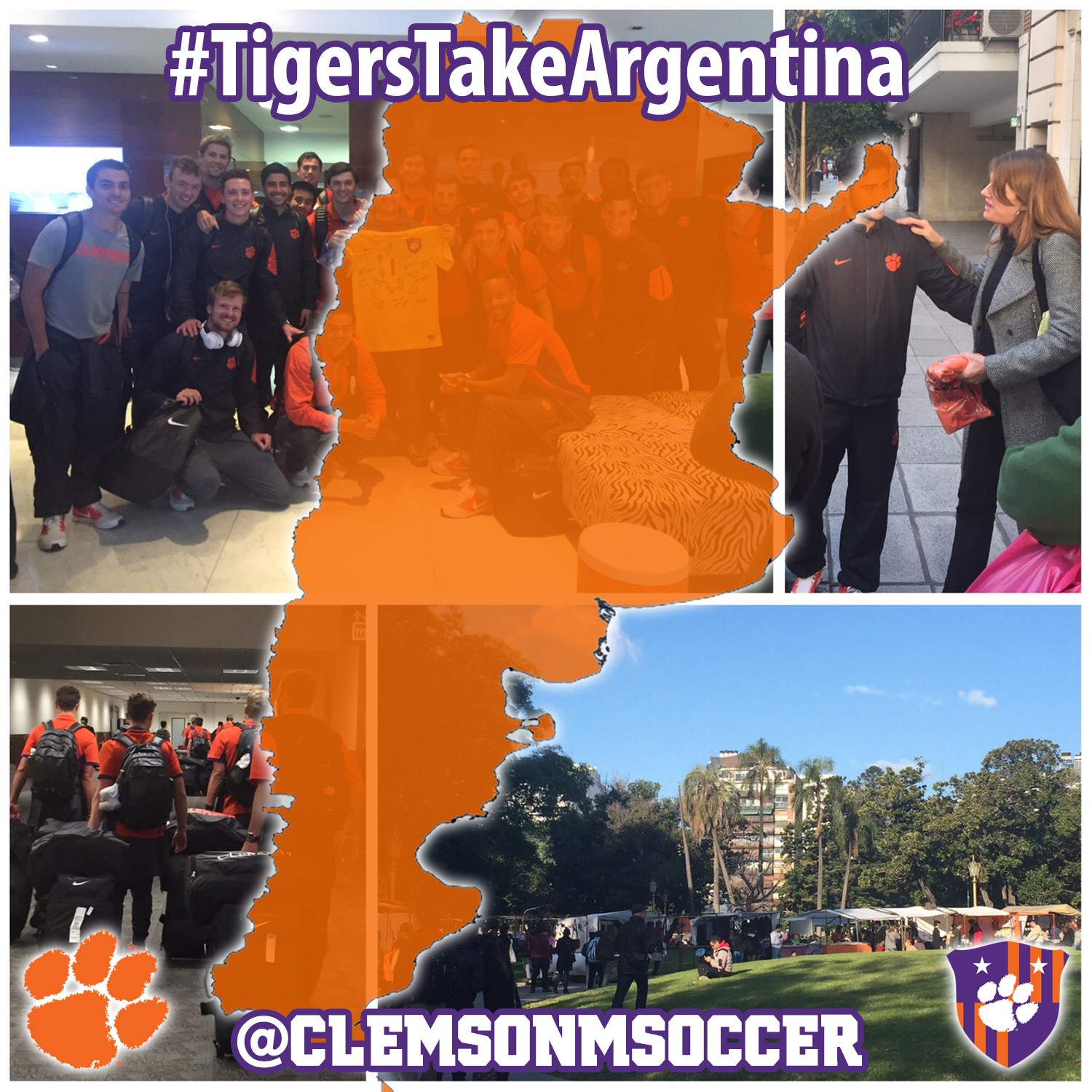 On Sunday morning, we woke up prepared for a long travel day. After breakfast at the hotel and thanked Nacho, our Rosario host and tour guide, we boarded the bus for the four-hour trip from Rosario to Buenos Aires. We left early so we would be able to spend some time at the Recoleta Street Fair, 1) because we weren’t able to go there last Sunday due to rainy weather and 2) in order to break up our long trip just a little bit.

The street fair was a good last stop in Argentina. There were tons of vendors, selling jewelry, leather goods, pottery, clothing and other knick-knacks. Everyone was able to pick up souvenirs and gifts to take back to family and friends. The most popular purchase was probably yerba mate mugs. Mate is a popular, highly-caffeinated tea that Argentinians sip on all day long. It’s served in a specially-shaped mug, called a gourd, and many of the mugs are hand-painted or covered in leather or other artistic fabrics and designs.

Before we left Recoleta, we said goodbye to Thales Moreno. He and his family are going to spend a few days vacationing in Buenos Aires before driving back to his hometown, Monte Santo de Minas, Brazil for the summer.

In Buenos Aires, we also said our goodbyes to July, Catalina and Donato (the wife and children of Ricardo, the owner of Premier Sports Tours.) July and Catalina were so helpful in a variety of ways throughout our trip, making sure we knew the best places to see and eat and shop, and that we were safe while doing so. We loved spending time with Donato, who’s eight, and who also loves the game of soccer. By the end of the trip, he was sitting in the back of the bus like he was one of the guys. We owe a huge thank you to the entire Ansaldi family. Our trip went off without a hitch, and not only that, but having the chance to get to know them made it even that much more special. We hope they’ll visit us in Clemson sometime, so we can return the hospitality!

Next, it was time to head to the airport. We checked in (which takes a while with such a large group), went through security and customs and arrived at our gate just in time to board the 11-hour flight to Dallas. It was an overnight flight, and luckily, most of us were able to sleep on the plane. We went through customs and security in Dallas, and by the time we did that, it was time to board our flight to Atlanta. The flight was quick, compared to the last one, and before we knew it, we were on the home stretch of our trip.

We left Aaron Jones in Atlanta; he has a flight home to the U.K. later tonight. Over the next few days, all of the guys will be heading to their respective homes for some well-deserved time off. Just a short bus ride from Atlanta to Clemson and we were, as Head Coach Mike Noonan said, “Home! Sweet home!”

The trip took a total of 26 hours, from the time we left Rosario on Sunday morning, so we’re all headed home to catch up on some sleep! Over the next few days, we’ll have many more pictures to share, as well as thoughts and reflections on the trip from Coach Noonan.