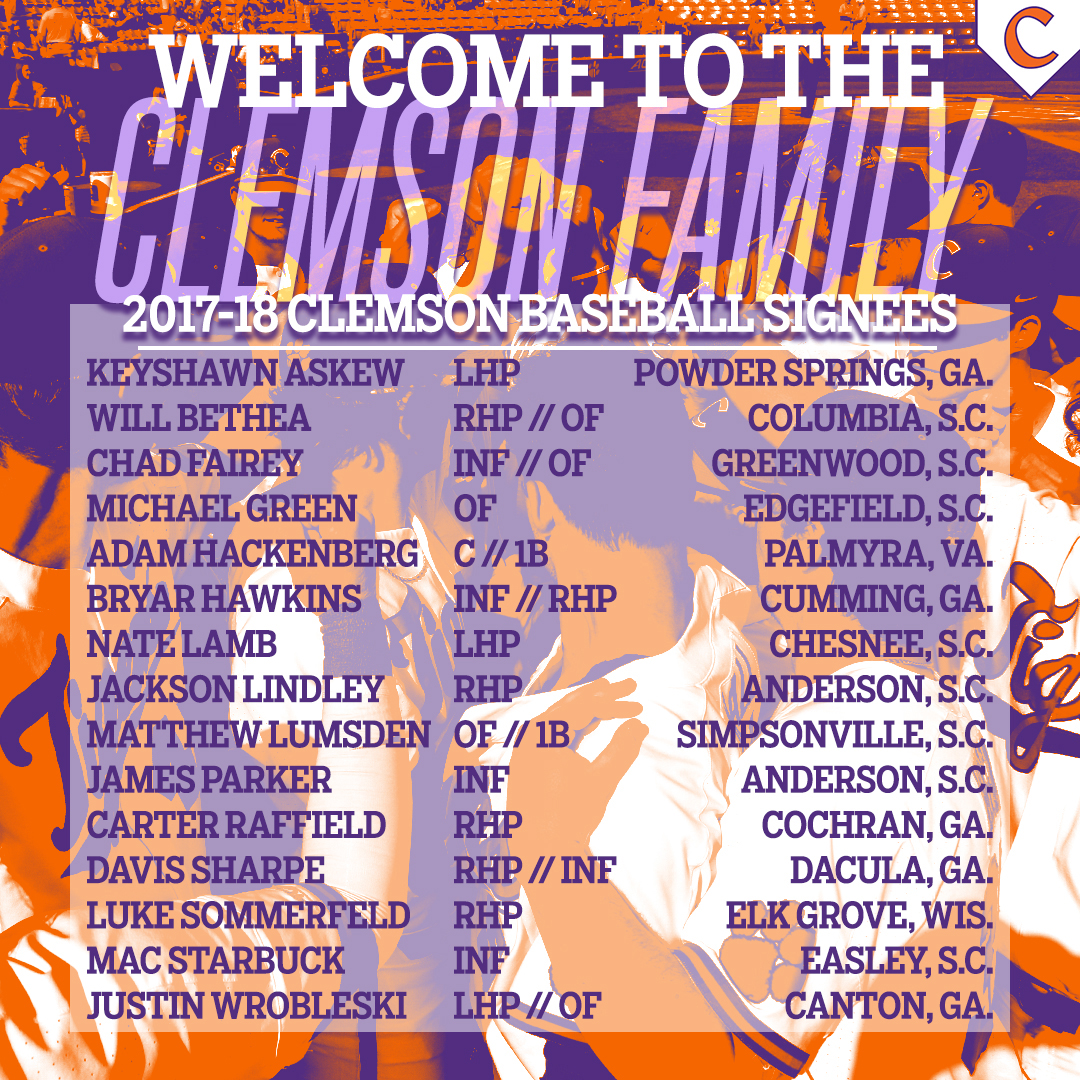 CLEMSON, S.C. – Head coach Monte Lee announced the signing of 15 players to the program on Thursday. Assistant coaches Bradley LeCroy and Andrew See along with Lee all contributed to the signing class, which is rated No. 14 in the nation by Perfect Game. All 15 signees are eligible to wear a Tiger uniform starting in the 2019 season.

“We brought in another talented group of players in this year’s class,” said Lee, who completed his third season at Clemson with 133 wins, eighth most in the nation from 2016-18. “Bradley LeCroy and Andrew See continue to do a tremendous job on the recruiting trail with recruiting many of the top players in the nation. We’re excited about the variety of players that will fulfill our needs for the 2019 season.”

Also joining the program are Michael Green (OF), a transfer from Florence-Darlington Technical College, and Luke Sommerfeld (RHP), a graduate transfer from Saint Louis.