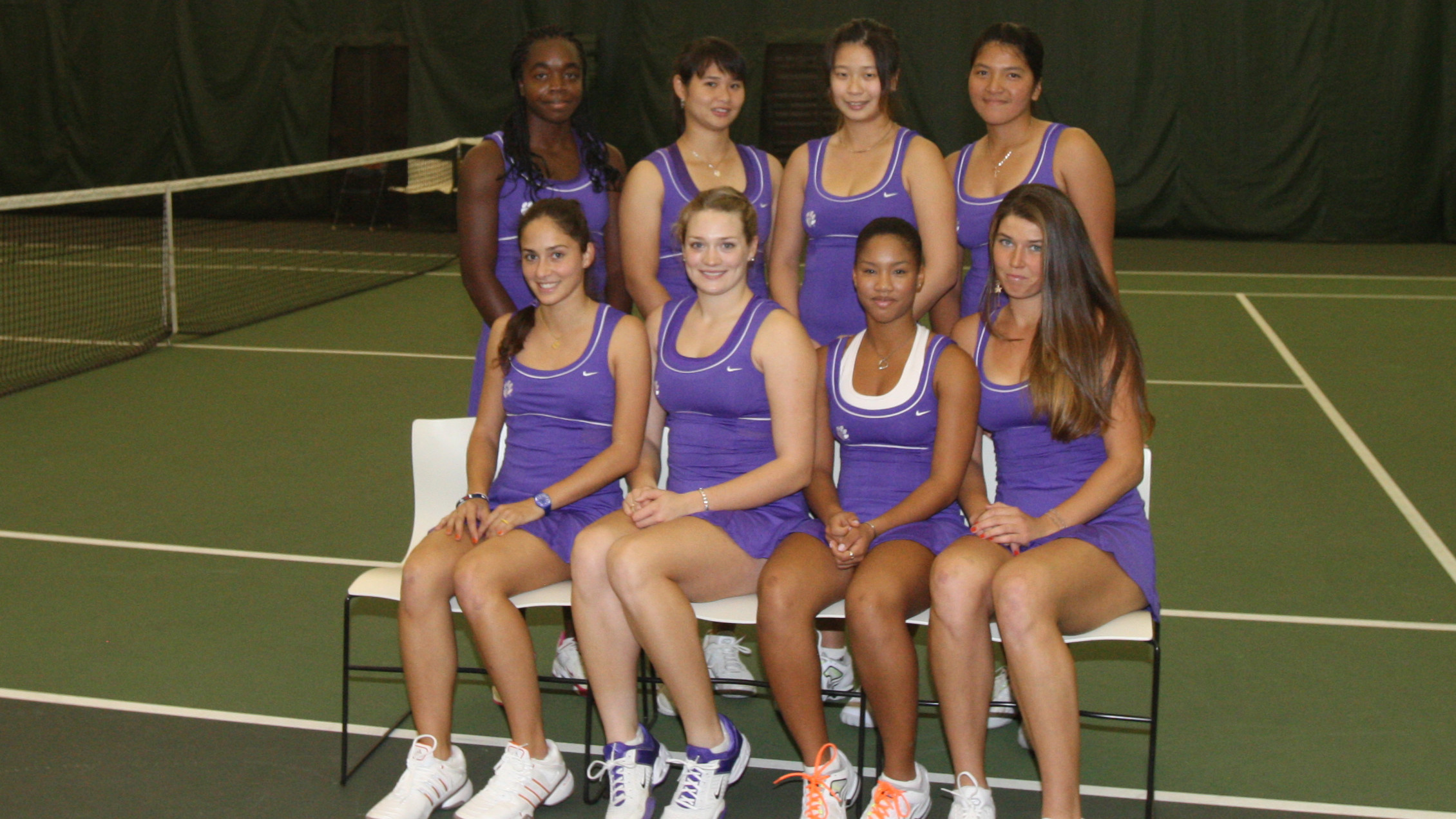 It’s not often that a collegiate roster fills out devoid of any juniors or seniors, but that is exactly what Nancy Harris faces in the 2013 season. Harris’ 16th season represents two major challenges that will certainly test the veteran head coach. The youth is obviously the first, while the tremendous schedule is the other.

Gone are 2012 graduates Keri Wong and Josipa Bek, who combined for eight All-America honors, six All-ACC nods, and are two of the top-three winners in Clemson history. Nelly Ciolkowski also earned her undergraduate degree after three years as well after a solid three seasons for the Tigers. That leaves all freshmen and sophomores to take on what may end up being the most difficult schedule in the nation.

As if playing in the ACC weren’t enough, the Tigers have perennial powers Baylor, Florida, Stanford, Georgia, and Alabama on the schedule. In fact, seven of the top ten and 12 of the top-25 teams in the preseason rankings are among those on the slate this season.

“This schedule is extremely difficult,” said Harris, whose teams have gone to 11 straight NCAA Tournaments. “This group of freshmen and sophomores are going to see very early what the best of the best look like, and that will give them some means to measure what they need to become the best of the best themselves. I think it is going to be very challenging, but with this team, it will be so much fun. Their enthusiasm is contagious, and they are a terrific group of Tigers. It’s really fun for us as a coaching staff to try and help them.”

Clemson returns just two players – Beatrice Gumulya and Romy Kölzer – from last season’s team that advanced to the second round of the the NCAA Tournament, just barely falling to No. 6 Georgia for a bid to their sixth straight Sweet 16. During the run, however, both of those players earned valuable experience, as they each won their respective singles matches for the team in both the first round win over Arizona State, and the second-round loss to Georgia.

“Potential” seems to be on the lips of everyone around the program, as they get to watch what may be one of Harris’ deepest rosters to date. However, Harris freely admits that it will be a challenge for the younger players to summon their efforts and focus through the long grind of the collegiate season, which runs for more than four months.

“What I am really excited about is the potential I see for the team to grow,” said Harris. “I think this team has great potential to grow. We have real athleticism on this team, and we have kids with a lot of desire. If you put those things with mental discipline, along with good team spirit, who knows how high we can go? We need to continue to train hard, but be very wise, and continue to develop.”Anyone who has been around this team understands the fire and enthusiam that they play with. This group of tennis players show a genuine care for one another, and their team chemistry will be key from the to band together in the grind. Harris’ tems have had their fair share of talent over the years, but even she speaks with a glow about this group’s energy.

“I think we have an incredible amount of talent but I think more importantly, we’ve got personalities that want to become very good tennis players. They’re very good students of the game, easily coachable, and you can tell they’ve been very self-reliant. They’ve learned to trust themselves and the desire to be as good as they can be, and we’ve got a whole group of individuals like that.”

Yana Koroleva, who opens the season as Clemson’s highest-ranked singles player after defeating three top-50 players in the fall, is ready to go this season after sitting out 2011-12. The six-foot Russian has a tremendously powerful game at the top of the lineup, and her backhand is one of the strongest in collegiate tennis. She showed true grit in the fall, advancing to the semifinals of the ITA Carolina Regional Singles Championships, defeating three ranked players in her path.

Gumulya rattled off 16 consecutive wins from the end of the spring and into the fall, and will look to continue her hot play this season. She earned a national ranking of 77th by the ITA, and will be a driving force in the middle of the lineup, and give the Tigers a great player in doubles. She plays quietly, not showing much emotion on the court, but her even demeanor helps her to stay in matches longer, and hunker down when she needs to. She put that on display with her win over Lauren Herring in the NCAA Tournament last season. She held on for a 7-6 win in the first set, and after dropping the second, came back to win the third 6-1.

Kölzer has shown tremendous character as a leader. The fiery German plays a powerful game, but will not sneak up on many as she did last season, going 18-8. In the fall, she advanced to the quarterfinals of the Carolina Regionals, and knocked off the 27th-ranked player in the nation during the run. Her success moved her up to 69th in the national rankings. The Tigers will look to her to anchor the lineup.

On top of those three returners, the Tigers have four freshmen, two of whom enrolled in January. Liz Jeukeng, who graduated high school early and will not turn 17 years old until March, will be counted on immediately. Jeukeng has been heralded as one of the most talented players Harris has ever coached, but her youth will be monitored. She is a top-ten player in the nation and a five-star recruit, and has already found her spot on the team.

Ani Miao and Tristen Dewar played in the fall for the Tigers, with each earning valuable experience. Both figure to see plenty of time at the middle and bottom of the lineup, where many matches are decided against the nation’s elite. Their positions will be watched closely, as their success will go a long way in determining the success of the team.

Clemson will also have the services of Carola Pederzani, who also enrolled in January. Pederzani won several regional tournaments in her home country of Italy, and she won an open tournament in Hilton Head, SC in 2012.

Without over-promising, Harris made mention that this team reminds her of her 2004 and 2005 teams, which went to the Final Four of the NCAA Team Tournament.

“We had great depth [in 2004, 2005],” said Harris. “This team probably has the best depth that we’ve had since that group. They have this great potential to grow, and finish as a top-20 team. The key will be how quickly they grow, how fast we teach the concepts and how quickly they are able to grasp them. So far, all of the indicators are that they want to grasp those concepts. In all areas, we want to grow, from fitness to tactical, both offensively and defensively.”

Harris will meet the challenge of the tough schedule with her young team in 2013, and she is excited about the ceiling for this group.

“They’re very young, but despite that, they are showing mental toughness that is beyond what you would expect of freshmen and sophomores.”