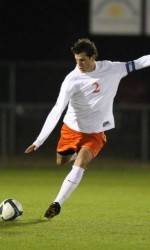 To be eligible for consideration for the All-ACC Academic team, a student-athlete must have earned a 3.0 grade point average for the previous semester and maintained a 3.0 cumulative average during his academic career.

Since the Academic All-ACC team was first chosen in 2005, Clemson has had at least four players chosen each season.