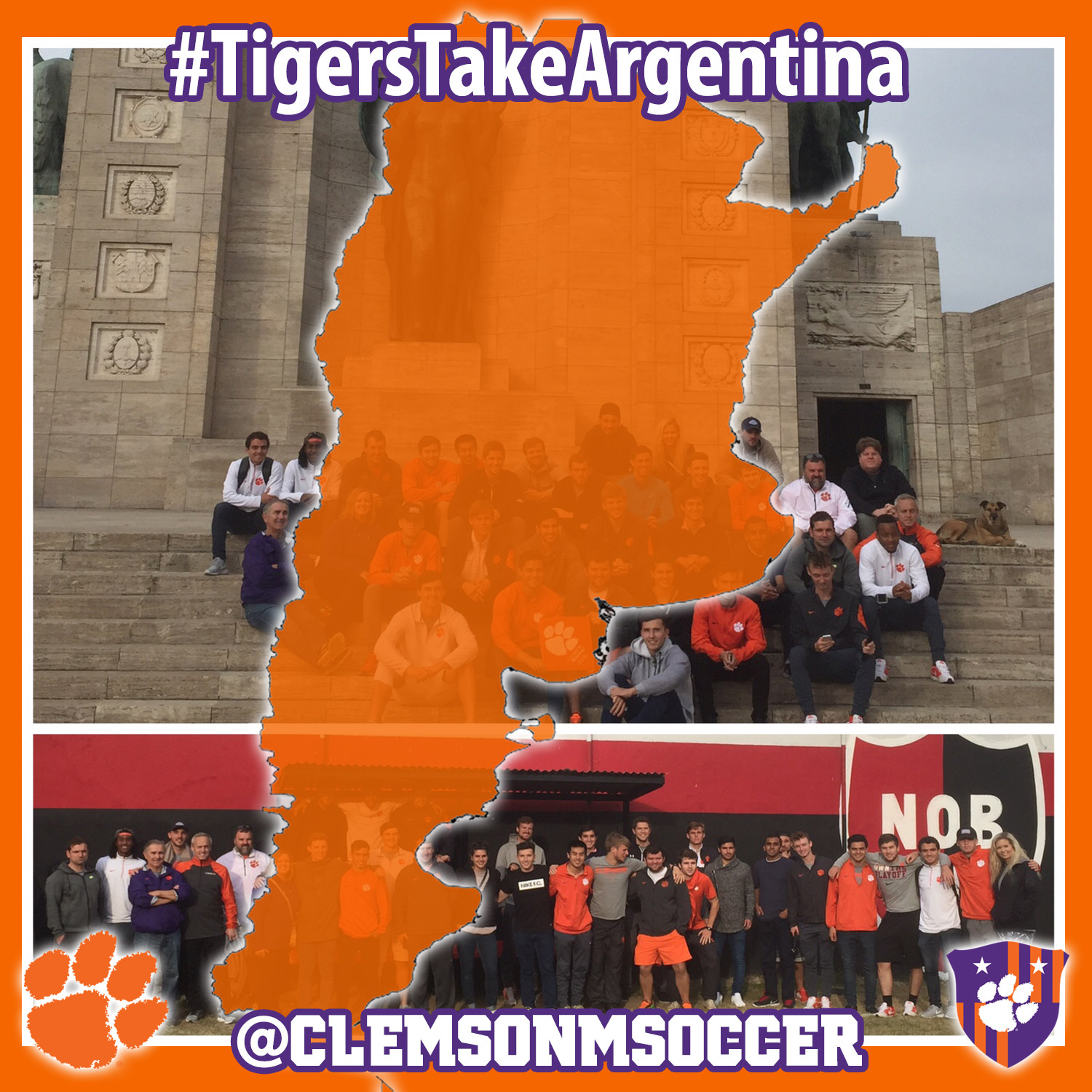 We warmed up with our strength and conditioning coach, Jess, and then played our final game of one-touch of the year.

This afternoon, we toured the city of Rosario, learning that it is the third largest city in Argentina, behind Buenos Aires and Cordoba. There are 1.4 million people living in Rosario, which is very small compared to Buenos Aires, whose population is 42 million. The main industry here is farming, and with the Parana River running right through town, it makes it easy to export goods, primarily soy beans.

We started our tour at the National Flag Memorial, which we learned is the only flag memorial in the world. The Argentinian flag was created by Manuel Belgrano at this memorial in 1812. We drove through Independence Park and then stopped at Newell’s Old Boys School of Soccer, which is where Lionel Messi, who is from Rosario, trained when he was a young boy. Messi trained at this school until he was 14, when he moved to Barcelona, Spain.

Another impressive site we saw was the Rosario-Victoria Bridge, which (surprise!) connects the cities of Rosario and Victoria. We stopped at a spot along the river where we could take pictures of the bridge to our left, and of the city buildings of Rosario to our right.

On the way back from the tour, everyone was feeling like they needed a little snack, so we stopped at a local ice cream place. The ice cream in Argentina is underrated…no one really talks about it, but it’s delicious. We have been avoiding it for most of the trip because we’re careful about our nutrition when we’re training, so this was a nice treat for everyone.

Tonight, we had dinner at the hotel, followed by a meeting and film session, since we’ll play our final match tomorrow morning, against Rosario Central.