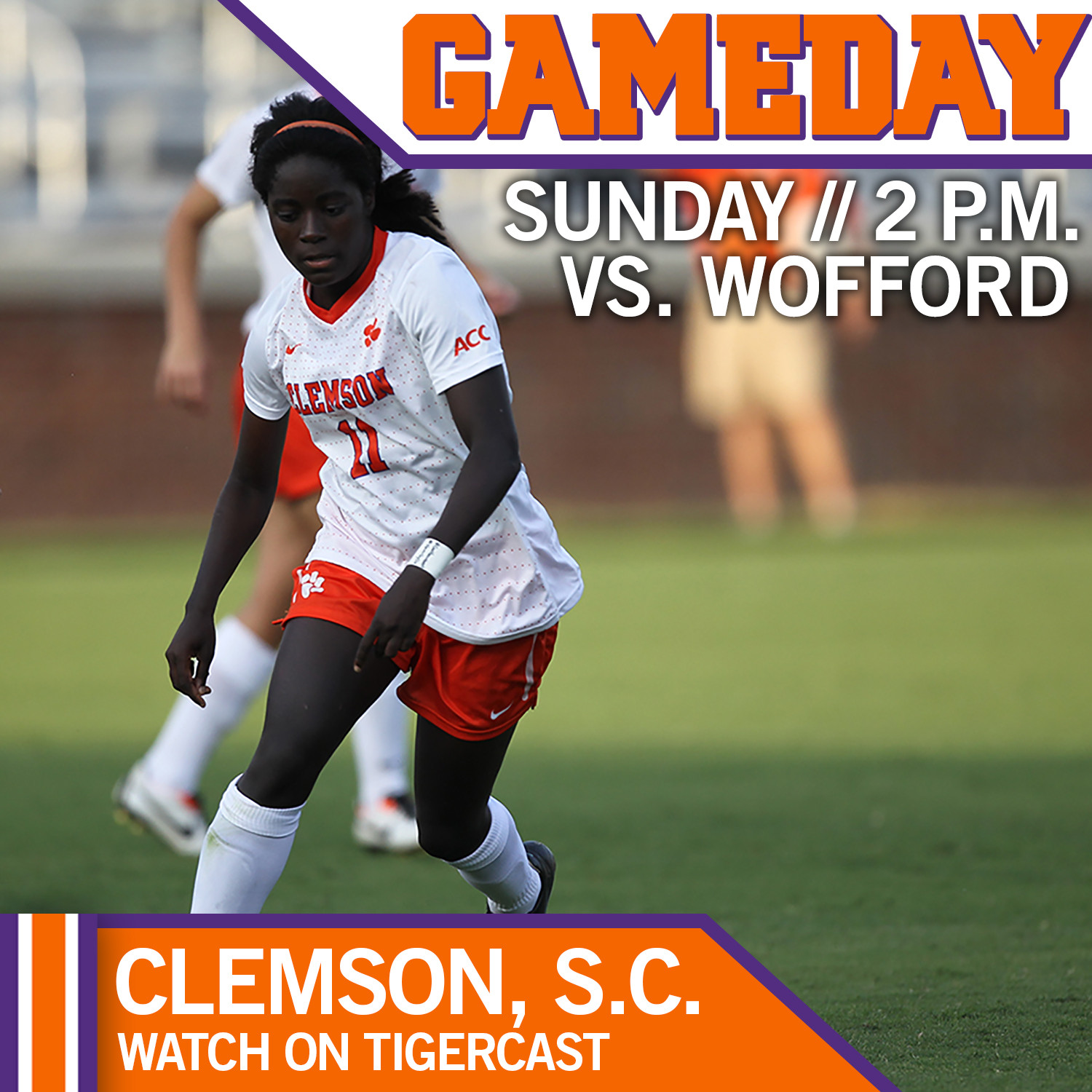 CLEMSON, S.C. – The 17th-ranked Clemson women’s soccer team hosts the Wofford Terriers Sunday, Sept. 14, at 2 p.m. at Historic Riggs Field. The game is open to the public and admission is free. In addition, the match will be broadcast live on ClemsonTigers.com via TigerCast.

The Tigers enter the contest with a 6-0-1 record, most recently defeating Drexel on Thursday at home by a score of 3-0. Clemson is off to its best start since the 2000 season, when the team opened the year 12-0. The 6-0-1 start is the second best start in program history.

The Tigers are led by sophomores Tori Andreski and Catrina Atanda, both of whom have four goals. There are 11 members of the Clemson team with at least one goal through the first seven contests. Sophomore Kailen Sheridan has played all seven games in goal for the Tigers, tallying 16 saves and allowing just three goals, while posting four shutouts (two solo).

The Terriers are 3-1 on the season with wins over Gardner-Webb, Presbyterian College and UNC Asheville, and a loss at Coastal Carolina. The Terriers were scheduled to face Winthrop Friday night, but the game was cancelled due to weather. Senior midfielder Maureen Buff leads the Terriers with four goals and eight points, while goalkeeper Kara Boggs has 19 saves and five goals allowed.

Clemson leads the all-time series 6-0, though the teams have not matched up since 2009.