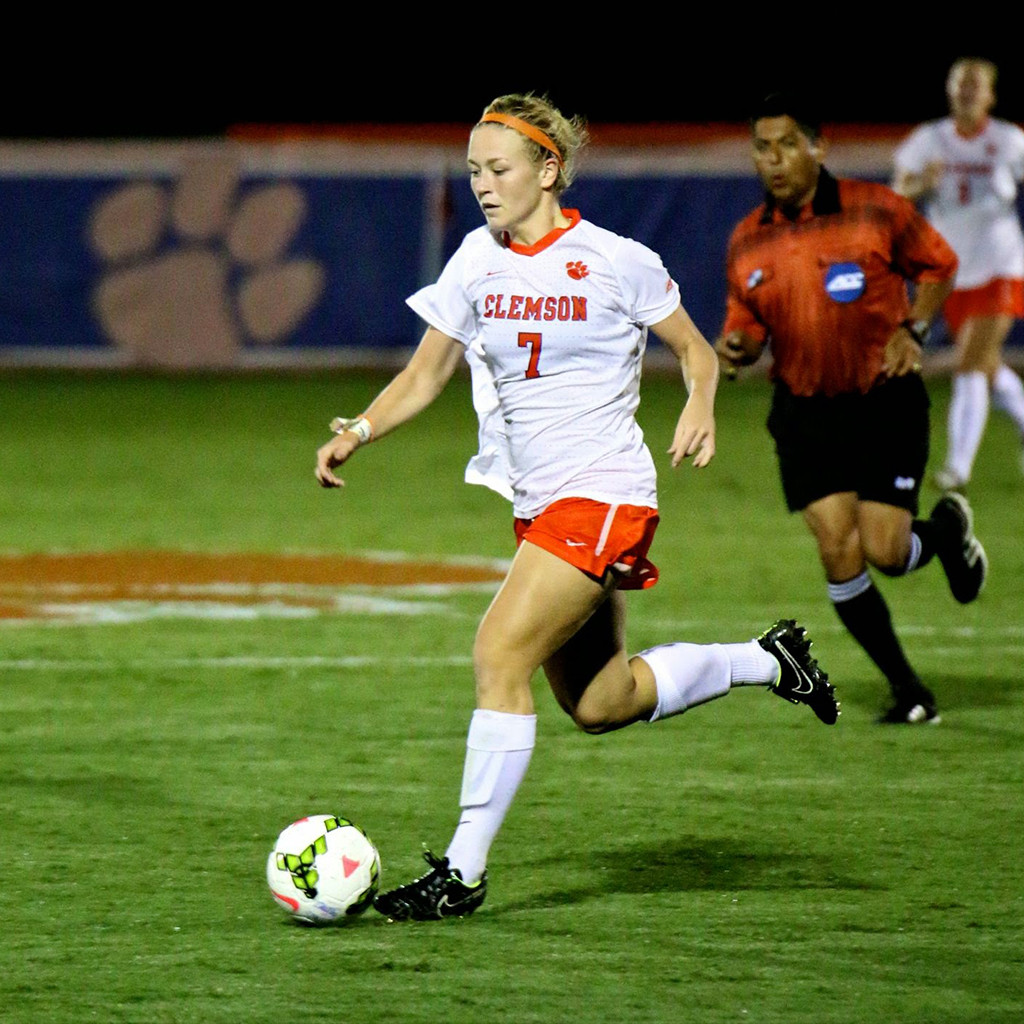 BLACKSBURG, Va. – The 17th-ranked Clemson women’s soccer team suffered its first loss of the season Friday night in its ACC opener at the hands of second-ranked Virginia Tech. With the loss, the Tigers fell to 7-1-1 overall (0-1-0 ACC), while the Hokies improved to 10-0-0 (1-0-0 ACC).

Virginia Tech took the 1-0 lead at the 25:49 mark when Shannon Mayrose netted her fifth goal of the year off a Murielle Tiernan pass. Mayrose took the pass in the box and snuck the ball past a diving Kailen Sheridan.

Five minutes into the second half, Virginia Tech’s Jordan Coburn was issued a red card, forcing the Hokies to play down a player the final 40 minutes of the game. Even with just 10 players on the field, Virginia Tech showed why it is ranked second in the nation, continuing to push on offense until Ashley Meier sent a 25-yard shot into the top left portion of the net that could not be saved.

Tonight’s game marked the first time this season the Tigers have been held scoreless, although Clemson led in shots 10-8, and in corner kicks, 5-2.

The Tigers return to action Thursday, Sept. 25, when they return to Historic Riggs Field to host #8 North Carolina at 7 p.m.

“This was a tight game between two good teams. It was also a game of moments. To their credit, Virginia Tech took advantage of their moments. We need to learn to take advantage of ours, and to play with a bit more composure at certain times.

“Still, I’m very proud of the team. We competed and played with great effort. It’s tough to win on the road in the ACC, especially at a place like Virginia Tech. Sometimes the game doesn’t go your way, and we didn’t get the result tonight. But, we’re going to dust ourselves off and get ready for the next one.”