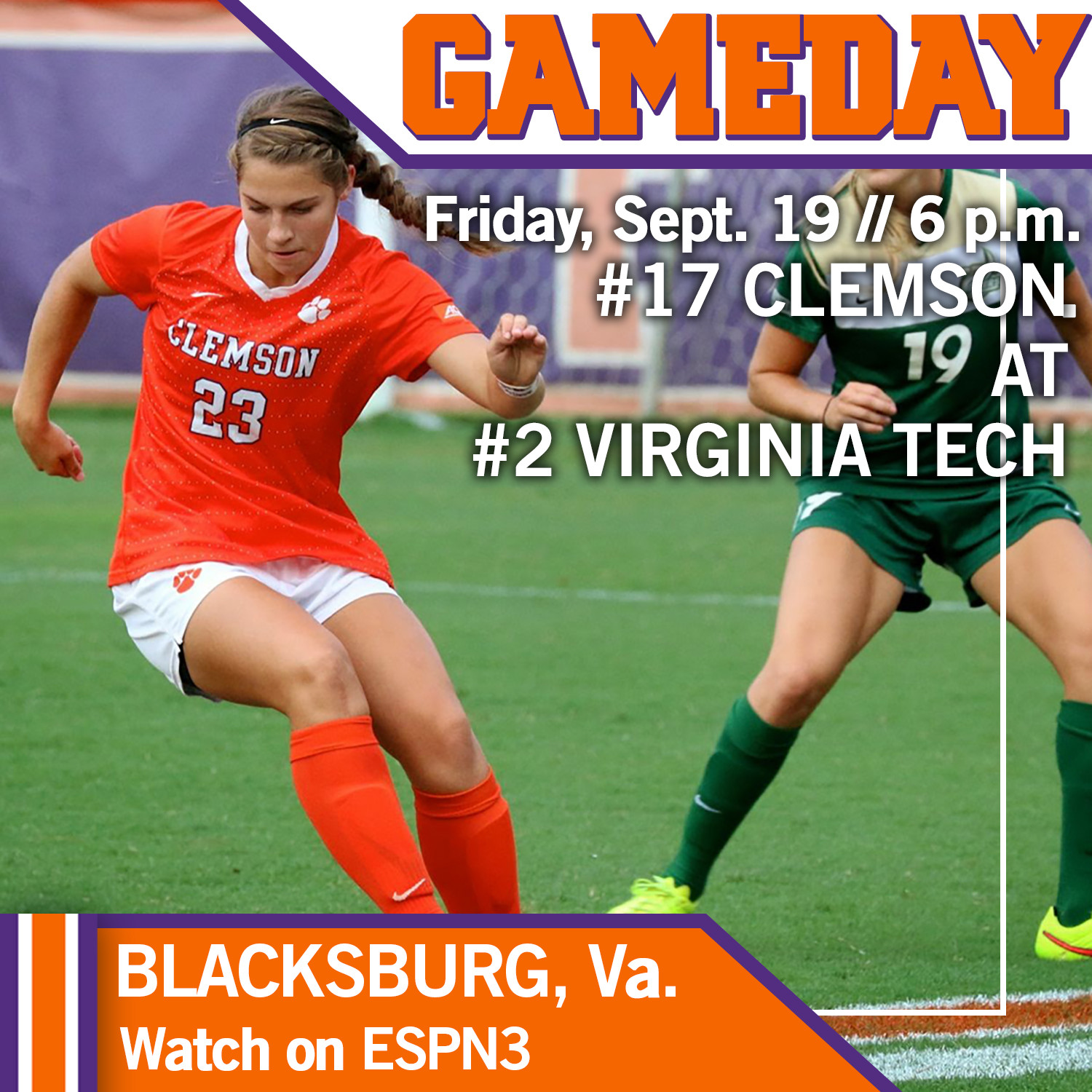 CLEMSON, S.C.  – The 17th-ranked Clemson women’s soccer team plays second-ranked Virginia Tech in Blacksburg, Va. on Friday, Sept. 19. The game, which is the ACC opener for both teams, kicks off at 6 p.m. at Thompson Field, and will be broadcast on ESPN3.

The Tigers are led by sophomores Tori Andreski and Catrina Atanda, who have four goals apiece. Twelve different Clemson players have scored at least one goal on the season, and the Tigers have outscored their opponents 24-3 through the first eight contests. Freshman Shannon Horgan leads the team, and ranks in a tie for first in the conference in assists with six. Sophomore keeper Kailen Sheridan leads the Tigers with 16 saves and only three goals allowed in 573 minutes in goal, along with four shutouts (two solo).

The Hokies are 9-0 this season after defeating East Carolina 3-0 on the road Sept. 14.  Virginia Tech is led by sophomore forward Murielle Tiernan, who has an ACC-leading seven goals and 16 points through nine games. Caroline Kelly leads the Hokies in goal where she has tallied nine saves while allowing only two goals in eight games played.

Virginia Tech leads the all-time series between the two teams with a 5-2-3 record. Last season, the Tigers fell to the then-12th-ranked Hokies by a score of 1-0 in overtime in Blacksburg.