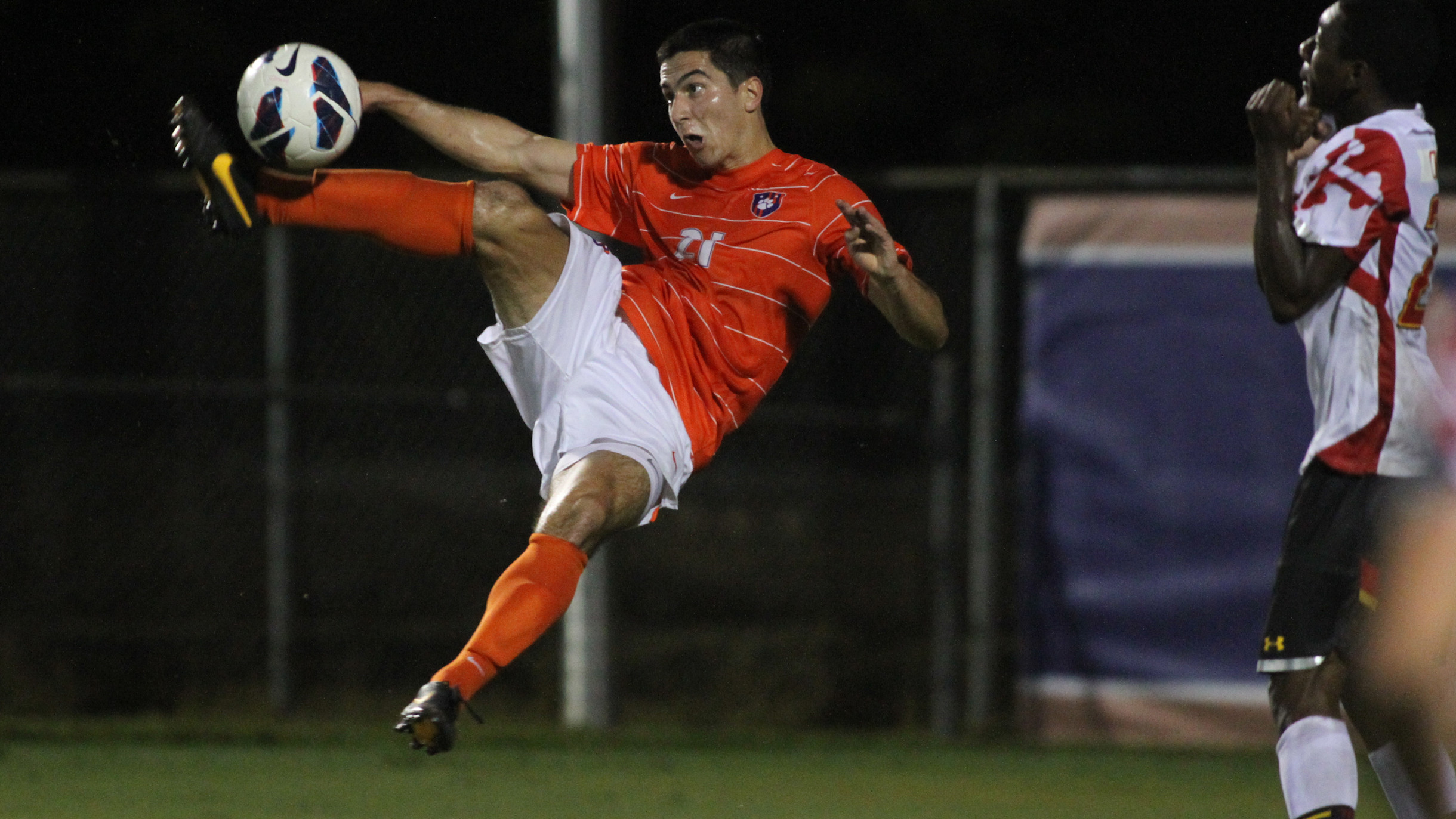 With the win, Maryland improves to 2-2-2 overall and 2-0-1 in the ACC, while Clemson suffers its first defeat of the season and falls to 6-1 overall and 2-1 in league play.

Maryland scored at the 35:03 mark  when Patrick Mullins converted on a penalty kick.  The Terrapins Jake Pace was brought down in the box.  Mullins sent a left-footed shot in the upper right corner of the netting to give the Terrapins a 1-0 advantage at the half.

This was the first goal scored against Clemson in 442 minutes and 14 seconds of play dating back to the South Carolina match on September 2.

Clemson evened the score early in the second half in the 47th minute.  At the top of the box Thomas McNamara touched the ball to Austen Burnikel.  Burnikel slipped the ball to Ara Amirkhanian who sent a six-yard shot between the legs of Maryland’s keeper, Zack Steffen and to the netting for his third goal of the season.

“Maryland is a good team,” said Clemson’s Thomas McNamara.  “I thought we had good momentum to start the second half when we scored our goal.  We will learn from our mistakes and get ready for our matches next week.  I thought we played well tonight, but we have to keep working hard and keep improving.”

A little under three minutes later, in the 50th minute of play, Maryland took a 2-1 advantage.  Sunny Jane lofted a cross from the left corner of the box. Schillo Tshuma ran under the pass and headed the ball into the goal for his fifth tally of the season.

Maryland added to their lead when Patrick Mullins converted his second penalty kick of the night.  Mullins was tripped in the box by the Tiger goalkeeper Chris Glodack.

“Overall I thought we played well,” said Clemson Head Coach Mike Noonan.  “I thought after scoring our goal, we settled down and we were fine.  Amirkhanian scored on a beautiful goal.  I thought we played particularly well in the second half.  We had lapses and we paid for those.  This was a good learning lesson, we will look at the video and get back to work and prepare for USC Upstate and Virginia Tech next week.  I thought our freshman, Austen Burnikel played well for us tonight.”

Clemson had 12 shots compared to Maryland’s 10.  Clemson also had 10 corner kicks to the Terrapins’ five.  Glodack made five saves for the Tigers, and Zach Steffen, the Maryland goalkeeper had 3.

Clemson will play host to USC Upstate Tuesday night at the Tigers’ Historic Riggs Field in the Tigers’ next action.  Match time is set for 7:00 p.m.