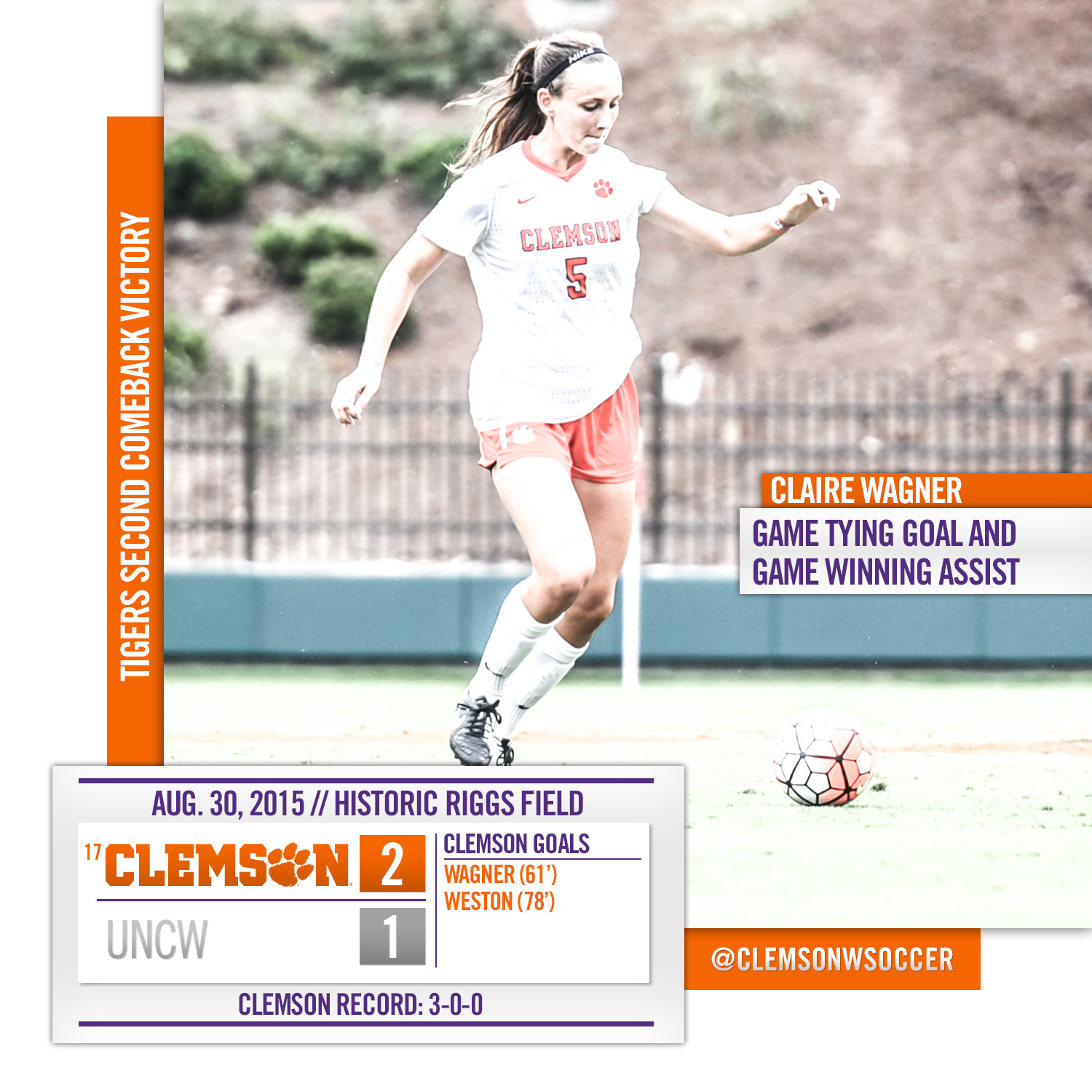 CLEMSON, S.C. – For the second time in three days the Clemson women’s soccer team found itself trailing in the first half but bounced back to record a 2-1 victory over UNC Wilmington at Historic Riggs Field Sunday afternoon. With the win, the Tigers improved to 3-0 on the season.

The Tigers gave up a goal in the 34th minute after a long forward pass down the field connected with Katrina Guillou from four yards out giving the Seahawks an early lead.

Clemson failed to respond until the 62nd minute when Shannon Horgan’s corner found Claire Wagner from 16 yards out. Wagner settled the pass and curved it over the goalkeeper’s head to tie the game. In the 79th minute, Wagner put in a cross that connected with Jenna Weston, whose shot found the back of the net for the game-winner. The goals were the first of the season for both Wagner and Weston.

The Tigers will be back in action Friday, Sept. 4 at 7 p.m. in Athens, Ga. for a match against the Georgia Bulldogs before traveling to Spartanburg, S.C. to square off with Wofford on Monday, Sept. 7 at 6 p.m. Clemson will play at home again on Friday, Sept. 11 at 7 p.m. when it hosts Penn. As always admission is free to women’s soccer regular season home games.