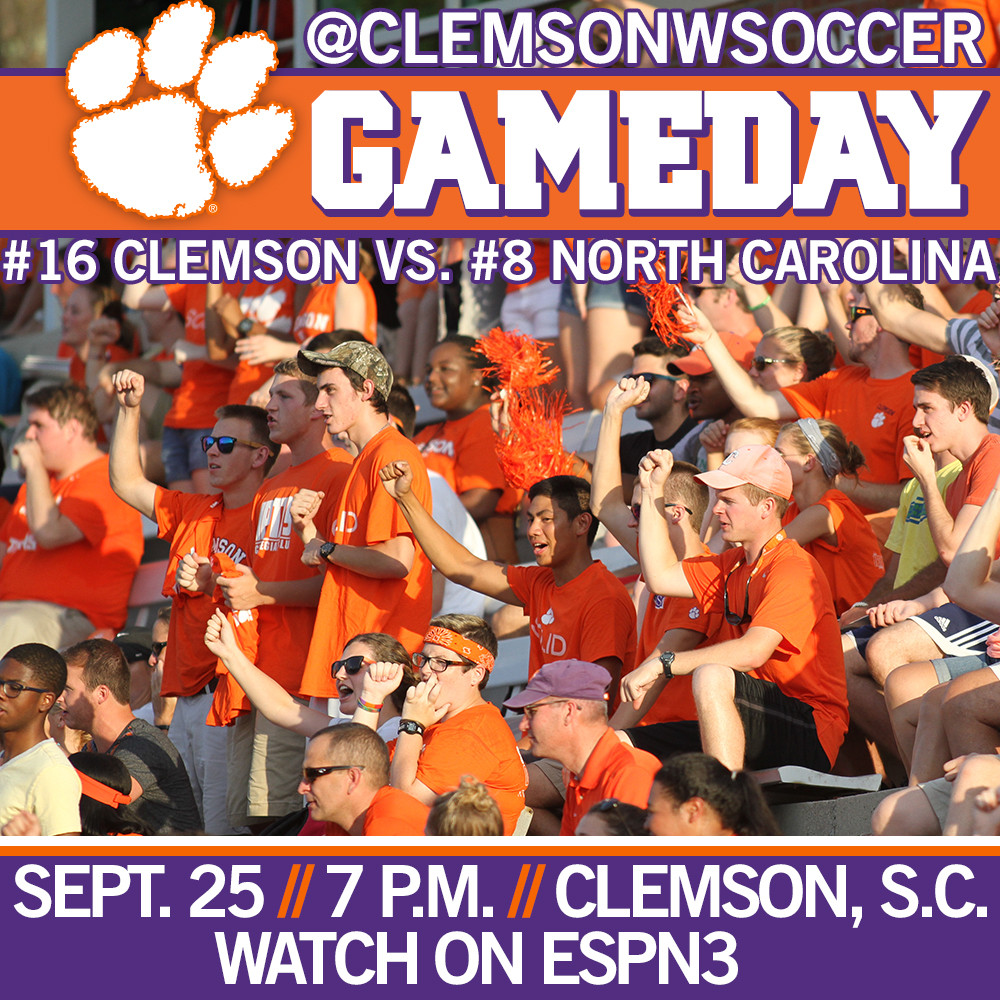 CLEMSON, S.C. – The 16th-ranked Clemson women’s soccer team hosts eighth-ranked North Carolina Thursday night at 7 p .m. at Historic Riggs Field. The game will be broadcast on ESPN3. Admission is free to all regular season home women’s soccer games, and the first 300 students through the gates on Thursday will receive a Clemson soccer t-shirt.

The Tigers are 7-1-1 on the season and 0-1 in the ACC after suffering a 2-0 loss at second-ranked Virginia Tech last Friday in the conference opener. Clemson is ranked in all three major polls for the third consecutive week. The NSCAA ranks the Tigers the highest at 16th.

Sophomores Tori Andreski and Catrina Atanda lead the Tigers with four goals apiece, though 12 Clemson players have scored at least one goal so far this year. Freshman Shannon Horgan leads the team and is second in the conference with six assists on the season. Sophomore Kailen Sheridan leads Clemson in goal, having played 663 minutes and recorded 18 saves while only allowing five goals.

North Carolina enters the matchup at 4-2-1, and is 1-0 in the ACC after a come-from-behind double-overtime victory over 12th-ranked Notre Dame last weekend. The Tar Heels have seven players with one goal apiece, while sophomore Lindsey Harris leads the team in goal with 10 saves and one goal allowed.